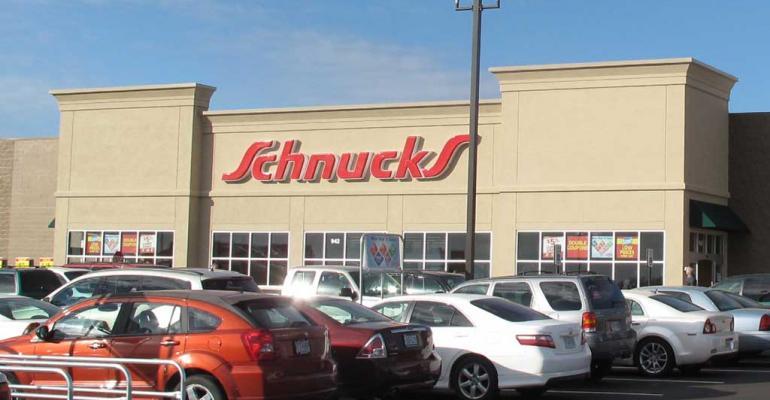 St. Louis-based Schnuck Markets said the 37,000-square-foot store in Warrenton is now under construction and expected to open in late fall. Situated at Highway 47 and Veterans Parkway, the store will be the chain’s first location in the community.

“The Warrenton store will offer customers the convenience of getting in and out of the store quickly, without compromising on our goal of being ‘best in fresh,’ ” Schnuck said in a statement. “The store will focus on an extensive selection of bakery, produce, seafood and meat offerings, including in-store cut meat, all offered at competitive prices.”

Schnucks opened a 21,000-square-foot store, branded Culinaria, in August 2009 in downtown St. Louis. Catering to an urban customer base, the store offers full grocery shopping as well as an expanded offering of prepared foods and take-out items.

A Schnucks spokesman said the chain’s stores average over 60,000 square feet, but their size varies according to location, age and the customer base — ranging from the Culinaria location to stores exceeding 130,000 square feet. “We have several stores that are ‘smaller’ formats, some because of space limitations such as Culinaria (an urban format with limited space) and others because they were built many years ago when the typical supermarket was much smaller,” he said.

The Warrenton store will anchor Bent Oak Plaza, which Schnucks said has another seven acres of land that it’s marketing for commercial use. The development’s name recognizes the only tree on the property: a bent oak tree deemed to be a Native American trail marker from hundreds of years ago, the grocer said, adding that it’s working with an arborist to save the historic tree.

Plans call for hiring to begin about six weeks before the opening of the Warrenton store, which will bring 71 jobs to the local economy.

“The loyalty of Warren County residents who shop at our other metro Schnucks stores made this an easy decision for us,” Schnuck added. “Warrenton residents have long asked for a Schnucks in their community, and we’re excited to be able to answer their call.”

Schnucks said its stores at 2601 N. Mulford Rd. and 3150 N. Rockton Ave. in Rockford, Ill., are scheduled to shut down on July 8. The grocery chain cited low sales and costly operations as key factors behind the decision to close the two stores, which are older facilities.

“Despite our efforts, we simply saw no path to profitability for these two stores,” chief operating officer Dave Peacock stated. “This was a difficult decision, but one that was necessary in order for us to continue to operate a strong company for our more than 13,000 teammates.”

Schnucks noted that it has six other stores in the Rockford area. Plans call for the 172 employees at the Mulford Road and Rockton Avenue stores to be offered jobs at the other Rockford stores.

“Transferring our teammates to neighboring stores will mean a higher level of service for our customers and a sharper focus on those stores by our company. That will allow us to remain competitive in the Rockford market,” Peacock explained.

Pharmacy prescription files from the Mulford Road store will be transferred to the Schnucks at 6410 East State St. The prescription records at the Rockton Avenue store are being sold to Walgreens and will be picked up by the drug chain’s store at 3325 North Main St.