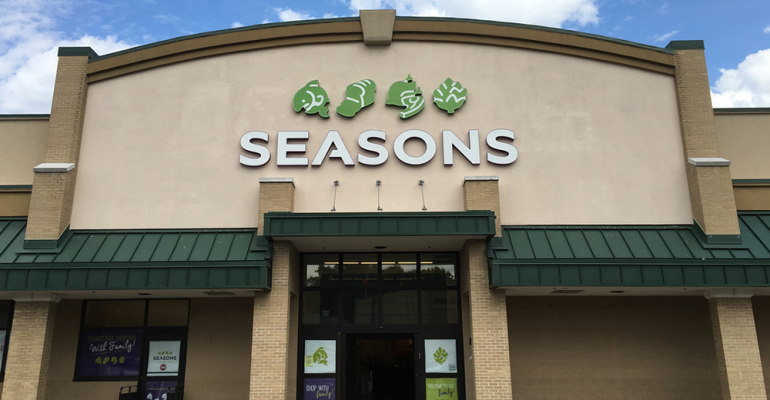 The kosher grocery chain, with eight stores in New York, New Jersey and Maryland, said it has gained a commitment of up to $6 million in private funding that will enable it to fully stock the shelves, meet current vendor obligations and continue to operate normally during the restructuring.

In a Sept. 16 filing with the U.S. Bankruptcy Court for the Eastern District of New York, the company lists liabilities of about $42 million and owned assets of approximately $31 million, based on book value. The filing shows 2018 year-to-date revenue of roughly $63 million.

Seasons opened its first store in Queens, N.Y., in 2011. The other stores are located in Lawrence (two stores), Manhattan and Scarsdale, N.Y.; Clifton and Lakewood, N.J.; and Baltimore. Plans are under way for a new store in Cleveland, but the court filing said interior improvements are pending and the opening is “substantially delayed.”

Seasons, however, said several parties are interested in investing in the company, and it expects “a relatively short reorganization process.”

“There is nothing we love more than providing Seasons’ family with the warmest kosher shopping experience, and we look forward to refocusing on that singular goal,” Seasons CEO Mayer Gold said in a statement.