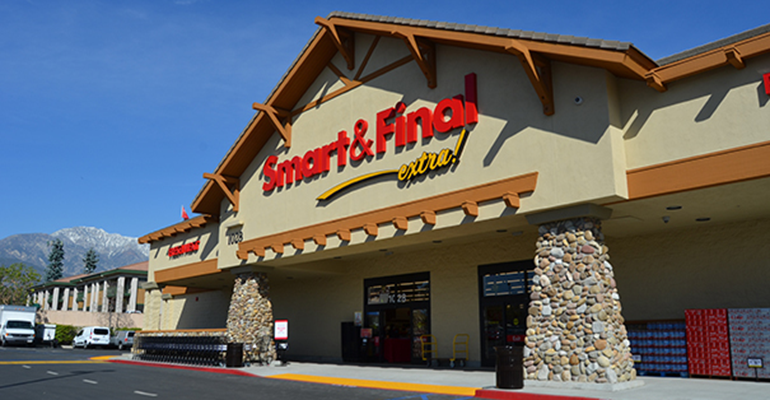 Smart & Final Stores Inc. reportedly could be on the selling block.

Citing unnamed sources, Reuters reported yesterday that Smart & Final is exploring strategic options, including a potential sale of the company.

The sources in the Reuters report noted that it’s not certain a sale agreement will be reached. They said Smart & Final currently is working with investment banks and has contacted private equity firms that are potential suitors.

“Smart & Final is focused on executing against our strategic plan to continue to build on our core strengths in value pricing and merchandising as we invest in digital commerce and infrastructure,” the company said in a statement Tuesday. “Beyond that, it is our long-standing policy not to comment on market rumors or speculation.”

The warehouse-style food retailer is majority-owned by private equity firm Ares Management, which holds a more than 58% stake in the company. No other institutional or individual investors hold a more than 4% interest, though Vanguard Group Inc. recently upped its share to 3.43%.

Los Angeles-based Ares acquired its majority stake in Smart & Final from Apollo Global Management in late 2012 for $975 million. About two years later, the retailer completed an initial public offering at $12 per share. As of afternoon trading on Tuesday, Smart & Final shares were at $6.34 after opening calendar 2019 at $4.70.

In its most recently completed quarter, ended Oct. 7, Smart & Final reported revenue of about $1.50 billion, up 2.8% from $1.45 billion a year earlier. The company said the third-quarter gain was fueled by a 0.6% rise in same-store sales plus business at new stores.