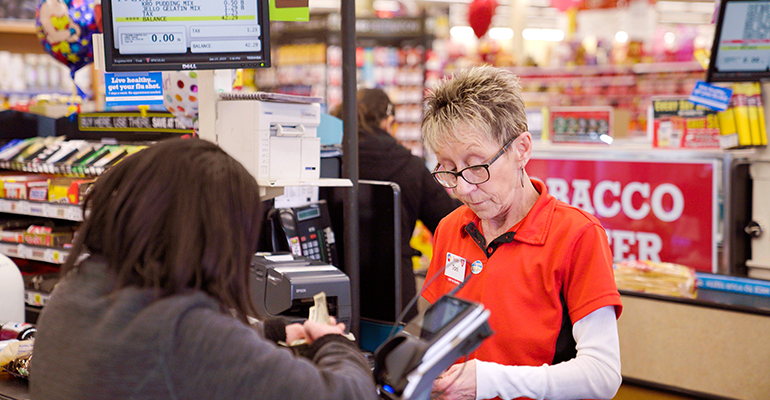 Smith’s Food and Drug, a division of The Kroger Co., has reversed a decision from earlier this year and is now accepting Visa credit cards again. The retailer announced in March that it would no longer accept Visa credit cards due to excessive fees.

“As of today, Kroger now accepts Visa credit cards at all our family of stores, including Smith’s and Foods Co.,” a Kroger spokeswoman told SN. No reason was given for the reversal.

In announcing the move earlier this year, Kroger cited “excessive” interchange and network fees being charged by Visa and its issuing banks, saying the cost pushes retailers to raise food prices. The Cincinnati-based supermarket giant said Visa’s fees were the highest of any credit cards accepted in Smith’s and exceed grocery store margins.

Smith’s was the second Kroger banner to drop Visa credit cards, following the retailer’s Foods Co. Supermarkets, which stopped accepting it in 2018.

“Visa has been misusing its position and charging retailers excessive fees for a long time,” Kroger CFO Mike Schlotman said in March of this year. “They conceal from customers what Visa and its banks charge retailers to accept Visa credit cards. At Smith’s, Visa’s credit card fees are higher than any other credit card brand that we accept.”

In response to the ban, Visa announced, “It is unfair and disappointing that Kroger is putting shoppers in the middle of a business dispute.”

As of today, Smith’s Food and Drug is running a banner on its website with the announcement, “We now accept Visa credit cards, plus Mastercard, American Express, Discover and all debit and HSA cards.”