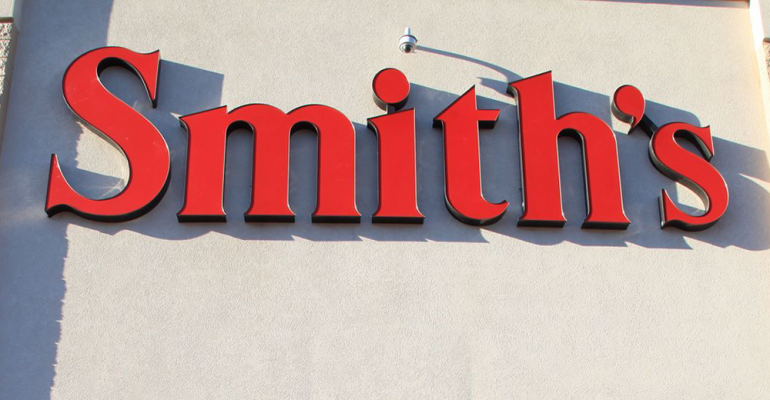 Another retail division of The Kroger Co. plans to stop accepting Visa credit cards as a form of payment.

Kroger said Friday that its Smith’s Food & Drug Stores chain, with 142 stores in seven Western states, will no longer take Visa credit cards to pay for transactions starting April 3. Smith’s will continue to accept other forms of payment, including Visa debit cards.

In announcing the move, Kroger cited “excessive” interchange and network fees being charged by Visa and its issuing banks, saying the cost pushes retailers to raise food prices. The Cincinnati-based supermarket giant said Visa’s fees are the highest of any credit cards accepted in Smith’s and exceed grocery store margins. 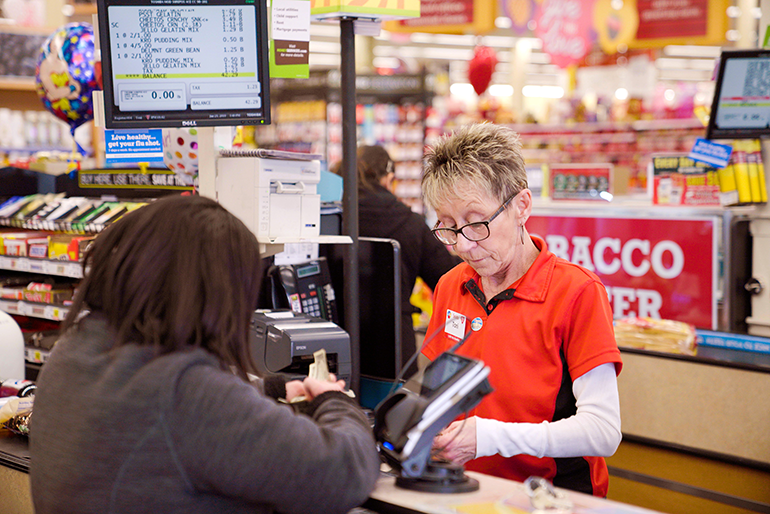 A Smith's customer at checkout.

Kroger said it will “continue to explore options” to reduce the cost of accepting credit cards without impacting prices for consumers. The company noted that none of its other store banners are affected at this time.

“Visa has been misusing its position and charging retailers excessive fees for a long time. They conceal from customers what Visa and its banks charge retailers to accept Visa credit cards,” Mike Schlotman, executive vice president and chief financial officer at Kroger, said in a statement. “At Smith’s, Visa’s credit card fees are higher than any other credit card brand that we accept. Visa’s excessive fees and unfairness cannot continue to go unchecked. That’s why, starting April 3, Smith’s will accept all forms of payment except Visa credit cards.”

Excluding Visa credit cards, forms of payment accepted by Smith’s include major credit cards such as Mastercard, Discover and American Express; cash and checks; electronic benefit transfer cards from the SNAP and WIC programs; and MasterCard and Visa debit cards (both with and without PINs) and health savings account cards.

Through May 21, Smith’s is offering all customers double the rewards points towards fuel purchases, and added savings in groceries and fuel are available for qualifying customers.

“Grocery is a competitive business and our ability to keep prices low for our customers depends on controlling costs,” according to Kenny Kimball, president of Salt Lake City-based Smith’s. “To help our customers through this transition, we have great offers inside our Smith’s stores today, including double rewards points towards fuel purchases and other promotions to save on groceries.”

Kroger’s announcement comes in the wake of a Wall Street Journal report in mid-February that Visa and MasterCard are slated to raise fees on merchants. As much as 2.5% of prices for goods and services stem from card fees, the Journal report said.

And a week ago, the U.S. District Court for the Eastern District of New York announced the preliminary approval of a $6.24 billion class-action settlement by Visa and MasterCard over claims that they charged merchants excessive fees for accepting credit and debit card payments. The settlement will be used to pay claims of merchants that accepted Visa or Mastercard credit or debit cards between Jan. 1, 2004, and Jan. 25, 2019.

“The lawsuit claims that Visa and Mastercard, separately and together with certain banks, violated antitrust laws and caused merchants to pay excessive fees for accepting Visa and Mastercard credit and debit cards,” the court stated last Friday. “The defendants say they have done nothing wrong, and the court has not decided who is right. But the parties have agreed to a settlement.”