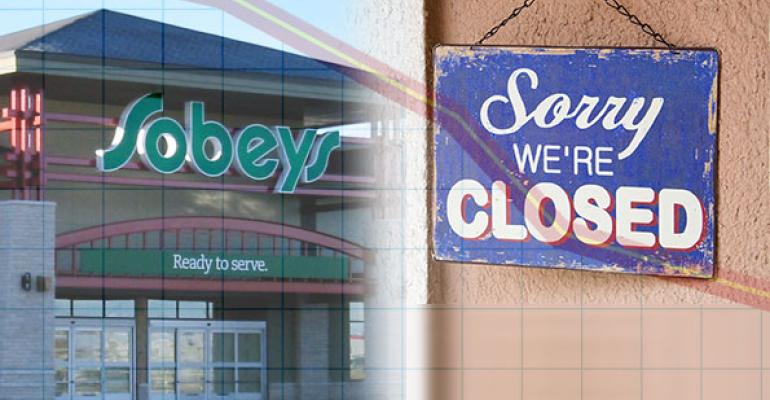 Sobeys on Thursday said store closures and divestitures caused sales to decrease during the fiscal third quarter, but earnings improved as a result of synergies from its Safeway Canada acquisition.

Sales at the Stellarton, Nova Scotia, company totaled $4.7 billion (U.S.) for the quarter, which ended Jan. 31, a decline of 1.1% from the same period a year ago. Non-fuel same-store sales improved by 3%; and 1.9% including fuel.

The sales decline reflected effects of a store rationalization effort and divestitures associated with the acquisition of Canada Safeway, offset partially by inflation, Sobeys said. Sobeys closed 50 stores over the summer.

Net earnings of $97.5 million (U.S.) were essentially flat, but when adjusted for discontinued operations improved by 39.6%, officials said.

Sobeys during the quarter completed the transition of Safeway’s systems onto Sobey’s SAP platform, which the company said would allow for its second phase of cost synergies to proceed as expected. Sobeys has targeted $200 million (Cdn.) in annual synergy savings as a result of the combination.