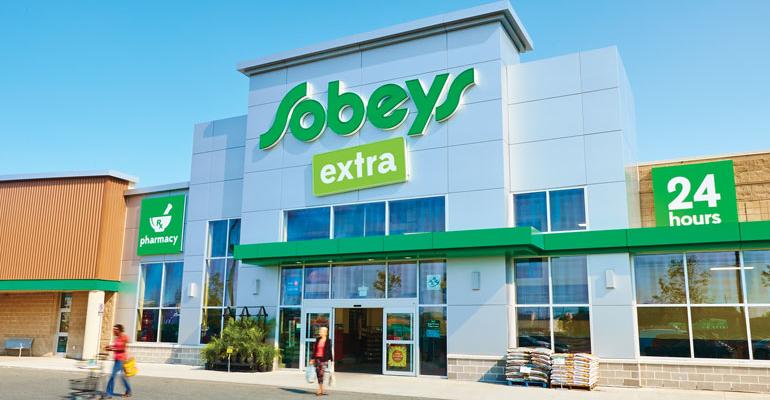 For the quarter ended Aug. 4, sales rose 3% to $6.46 billion (Canadian) from $6.27 billion a year earlier. Sobeys accounts for virtually all of Empire’s revenue, which also includes income from the Crombie REIT and real estate partnership.

Same-store sales were up 2.3% overall. But the company said the increase was 1.8% excluding fuel and pharmacy and 1.3% excluding only fuel.

Empire said the first-quarter sales gains reflects the impact of promotional and marketing activity plus growth in traffic and basket size at Sobeys, along with higher fuel sales stemming from increased gas prices. The company noted that same-store sales were higher in most areas of Canada, and volume was positive for the quarter. Deflationary effects from drug pricing reform and the closing of 10 stores in western Canada partially offset some of these positive factors, while inflation was flat.

Gross profit dipped 1.2% in the quarter due to the store closings, higher transportation and other costs, and lower pharmacy margins from the effects of health care reform and a ban on rewards for prescription drug purchases under Alberta Air Miles loyalty program, Empire reported. Gross margin fell 1% to 23.4% because of lower-margin fuel sales, increased transportation and other expenses and changes in product mix in Quebec. The company noted that average margin rates in Quebec were affected by changes in the ratio of corporate to affiliate stores and higher sales of lower-margin products.

“We continue to make good progress on all fronts while recording increasing earnings and strong cash flows,” Empire President and CEO Michael Medline said in a statement. “We were pleased with our same-store food sales growth of 1.8% and our highest tonnage in six years, reflecting real momentum in all of our customer metrics. Our margins were a little lower than we would have liked but, moving forward, expect that we will begin to recover the cost pressures that have been incurred.”

Meanwhile, Empire reported that Project Sunrise — its three-year project to simplify organizational structure and reduce cost — remains on track. Launched in the fiscal 2017 fourth quarter, the initiative targets at least $500 million in annualized benefits by fiscal 2020. Empire said 20% of that goal was realized in fiscal 2018, and management expects another 30% to be realized in the current fiscal year.

“We continue to be confident that we will realize benefits of our Sunrise category improvement initiatives in the second half of the year,” Medline stated. 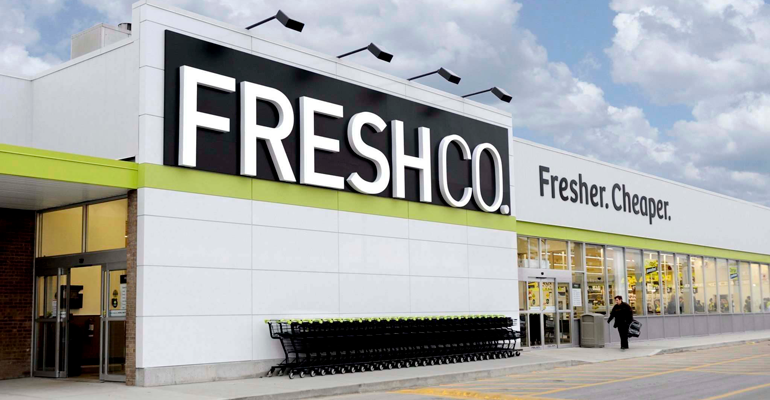 Over the next five years, Sobeys plans to convert up to 25% of its 255 Safeway and Sobeys stores in western Canada to the FreshCo banner.

Seeing the discount segment as a higher-growth avenue in food retail, Sobeys also is expanding its FreshCo banner. In fiscal 2018, the retailer said it aims to convert up to 25% of its 255 Safeway and Sobeys stores in western Canada to the FreshCo banner over the next five years. The first two converted FreshCo stores are slated to open next spring in Winnipeg, Manitoba.