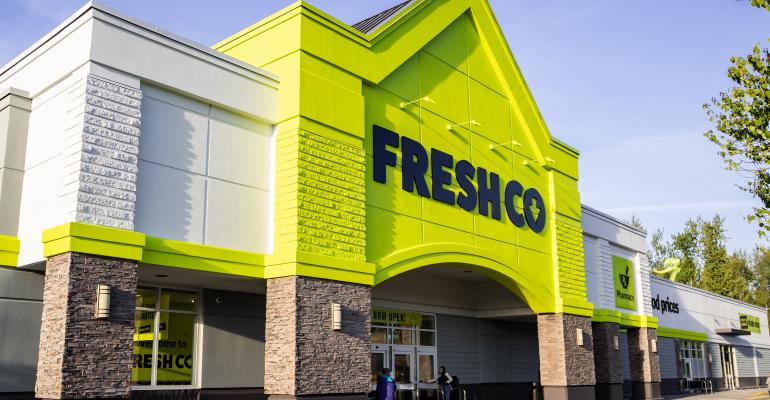 The Canadian grocer said this week it plans to close its Regent Park, Confederation Suburban Centre, 33rd Street Saskatoon and Market Mall Saskatoon Safeway locations in March 2020, with the stores slated to reopen under the FreshCo banner in summer 2020, depending on the timing of construction schedules and permits.

In December 2017, Empire said it aims to convert about 25% of underperforming Safeway and Sobeys full-service stores in Western Canada — 65 locations — to FreshCo outlets over the next five years.

So far under the company’s expansion plan, seven FreshCo stores have opened in British Columbia and Manitoba. Another five are due to open in British Columbia later in 2019 and early 2020, and six Safeways in the province are expected to reopen as FreshCo locations next spring.

"We are one-third of the way selecting and opening our FreshCo stores in Western Canada," Mike Venton, general manager for FreshCo, said in a statement. "We continue to make smart investments and leverage our current real estate network to deliver exactly what our customers want. We are winning market share we simply couldn't compete for in the past. The customer feedback so far has been strong, and we're moving full steam ahead with our rollout."

Most recently, Empire opened its first two Chalo! FreshCo stores in the west in Surrey, British Columbia. Along with FreshCo’s traditional offer of high-quality fresh products at low prices, the Chalo! FreshCo stores offer a wide assortment of South Asian products, such as rice, spices, lentils, snacks, fresh produce and seafood, and halal meat. The concept made its debut in 2015 in Ontario.

In British Columbia, the retailer plans to open four more FreshCo stores this year and seven in 2020.

"Our marketing leading up to each store opening has been very strong and focused on connecting with the local community in a meaningful way," according to Venton. "We will continue to push hard and win in this hyper-competitive discount space. So far, we've effectively differentiated ourselves as the discount grocery retailer of choice with exceptional quality, product assortment, fresh produce and price."

Empire added that store closure costs will be charged to earnings in the fiscal 2020 first quarter of fiscal 2020. The combined closure expenses related to store conversions are estimated at $6 million. These costs, along with those from the recent FreshCo and Farm Boy conversions, total $21 million, the company said.