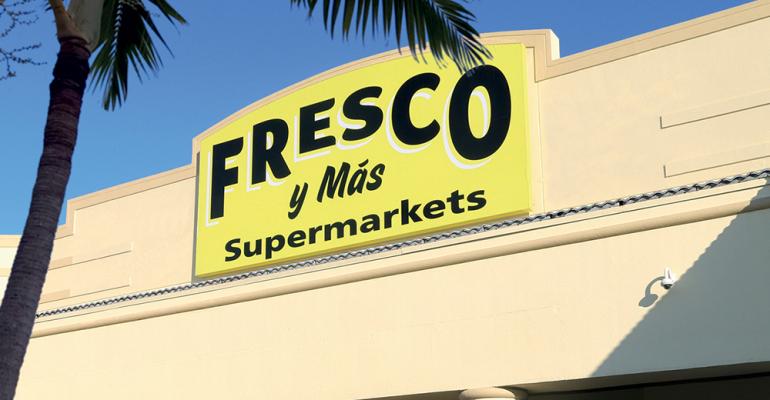 Three Hispanic stores to be company’s 1st outside South Florida

The expansion will mark the banner’s first stores outside of South Florida and will bring the store count to 25.

The move comes as Jacksonville, Fla.-based Southeastern, the parent of the Winn-Dixie, Bi-Lo and Harveys banners, seeks to reorganize through a prepackaged Chapter 11 bankruptcy, which will involve the closing of 94 stores, including one Fresco y Más location.

The Orlando Winn-Dixie that is being converted to a Fresco y Más is currently operating and is not one of the stores slated for closure, according to local reports. The other two stores slated for conversions are in Tampa. The company said the stores were scheduled to reopen under the new banner in April.

Burk Flickinger, managing partner at New York-based consulting firm Strategic Resource Group, said he has heard that the Fresco y Más stores have been doing well, but he also noted that Winn-Dixie had twice previously in the past 10 years tried to create a Hispanic format. In addition, he noted that Winn-Dixie will face strong competition from Hialeah, Fla-based Sedano’s Supermarket, an area stalwart that generates strong volumes, as well as from operators such as BJ’s Wholesale Club and Walmart Supercenters.

BJ’s does “tremendously well” serving both the Hispanic business customer and the Hispanic consumer in the market, Flickinger said.

“Winn-Dixie has a lot of catching up to do,” Flickinger said.

Anthony Hucker, president and CEO of Southeastern Grocers, said the company has had a positive response to the Fresco y Más banner from both employees and customers since it was first introduced in 2016.

“We are confident that now is the time to introduce Fresco y Más into Central and West Florida neighborhoods and offer those customers an authentic Hispanic grocery store experience,” he said in a statement. “We are excited to give our loyal customers a store they can count on while providing exceptional service and quality products.”