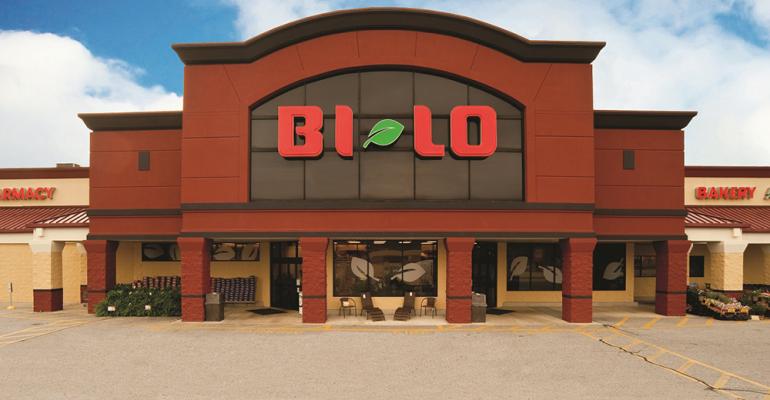 Southeastern Grocers announced today that it has entered into a Restructuring Support Agreement with a group of creditors and its private equity sponsor regarding the terms of a comprehensive financial restructuring that will position the company for long-term financial health.

The Jacksonville, Fla.-based parent company of Bi-Lo, Winn-Dixie and other supermarket brands will continue operating throughout this process, and, according to a company statement, “Southeastern Grocers’ associates remain focused on exceeding the needs of customers and consistently delivering great service, quality and value in SEG's stores.”

The company said that 582 stores will continue to operate as usual, while 94 stores will close, many of which will have their related leases rejected and lease rejection claims rendered unimpaired. A full list of stores closing is available at www.segrocers.com/restructuring.

"The agreement we announced today is an important step in Southeastern Grocers' transformation to put our company in the best position to succeed in the extremely competitive retail market in which we do business,” said Anthony Hucker, president and CEO, in the statement. “With a foundation built on iconic, heritage banners, and with the strong support of our leadership team, we will work through this process as quickly and efficiently as possible. We are excited to emerge with the optimal store footprint and greater financial flexibility to invest in Southeastern Grocers' growth."

According to the company, the restructuring will decrease overall debt levels by over $500 million and maintain its strong liquidity position under the new post-emergence Revolving Credit Facility. The significant reduction in debt will result in reduced interest expense, allowing Southeastern Grocers to invest more cash flow back into the business in the form of increased capital expenditures for store remodels and new stores.

• The Company's outstanding secured debt obligations, including its Secured Notes and the 2014 Revolving Credit Facility, will be paid in full.
• The Company has secured 100% committed exit financing in the form of a senior secured six-year term loan facility in the original principal amount of $525 million and an asset-based lending (ABL) revolving credit facility.
• The Unsecured Notes will be cancelled in exchange for 100% of equity in the reorganized Company.
• Holders of general unsecured claims, including supplier partners, contract counterparties, and all other trade creditors will receive payment in full on account of existing obligations in the ordinary course of business.
• The holder of the Company's existing equity will receive a five-year warrant (subject to dilution) and certain global settlement consideration.
• 582 stores will continue to operate throughout the Company's footprint. 94 stores will close, many of which will have their related leases rejected and lease rejection claims rendered unimpaired.

The company plans to implement the terms of the proposed financial restructuring by soliciting votes from holders of its Unsecured Notes and holders of its existing equity on a pre-packaged plan of reorganization and commencing voluntary cases under chapter 11 of the U.S. Bankruptcy Code with the U.S. Bankruptcy Court for the District of Delaware by the end of March.

According to the company, with a deleveraged balance sheet and an optimal store base, Southeast Grocers “will be able to focus its resources on stores with the greatest potential for growth and improve the financial health of the overall business.”

"We expect our financial health and free cash flow to improve in the newly reorganized company,” Hucker said in the statement, “and although the restructuring contemplates certain store closings, SEG is committed to ensuring that all associates continue to be treated with the utmost dignity, respect and compassion. We will continue every day to provide our associates with a great place to work and our customers with a store experience they can count on.”

The announcement follows reports in February that Bi-Lo LLC, a subsidiary of Southeastern Grocers, was preparing to file bankruptcy as early as this month and shut nearly 200 stores.