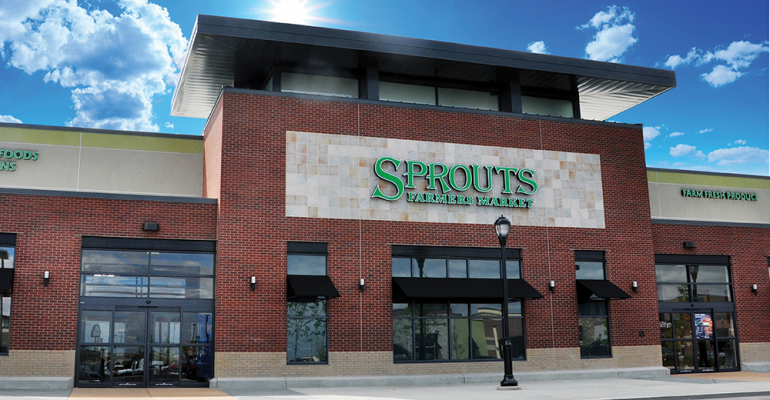 Sprouts Farmers Market reported on Thursday that net sales increased 11 percent for the fourth quarter and 12 percent for fiscal year 2018 from the same time periods a year earlier.

Net sales totaled $1.3 billion in the fourth quarter and $5.2 billion for the year. The natural-products retailer has more than 300 stores in 19 states.

“In 2018, we continue to evolve and improve the Sprouts business model by focusing on the latest consumer in industry trends,” Brad Lukow, interim co-chief executive officer and chief financial officer of Sprouts Farmers Market, said during Thursday morning’s earnings call. “Our focus on product innovation, guest experience and ongoing training and development of our team members continue to underpin the success and growth of the Sprouts brand across the country.”

Comparable store sales exceeded the company’s expectations, he said, with growth of 2.3 percent in the fourth quarter and 2.1 percent for the fiscal year, which ended Dec. 30.

Sprouts also reported income and gross profit results for the quarter and the year:

Costs in the fourth quarter skyrocketed to $12 million due to $8 million non-cash charges connected to the closing  of two stores and a one-time, $4 million severance payment to former CEO Amin Maredia. Maredia, the company’s CEO for three year, announced his resignation at the end of November and separated from the company at the end of the year.

Store improvements, other changes paying off

“These convenient offerings including salad bars, meal solutions and freshly squeezed juice now in over half of our stores,” he said. “These customer-centric elements are even more evident in our new prototype stores [where] we take guest experience to a whole new level, particularly in deli and meat, where design and merchandising enhancements truly highlight our differentiation, making these departments a true destination.”

Deli sales are markedly improved in stores having all the enhancements, and that prototype will be added to eight more stores this year, Nielsen said.

The prototype attracts more millennial customers, Lukow said, and is a good fit for urban locations.

“We've got two of those locations—we've done five total—two are in what you would deem to be an urban environment and they're performing extremely well, he said. “We are really attracting in these new locations in much more of a millennial crowd.”

Implementation of fresh items has been slower than planned because of the learning curve involved, Lukow said.

“It's too critically important to ensure we get the scalability and the efficiency throughout the organization across the store network and so that pushes later into 2019,” he said.

The executives also commented on other sales trends:

In the coming year, Lukow said the company projects net sales growth of between 9 percent and 10.5 percent, with comparable store sales growing 1.5 percent to 3 percent.

But sales growth isn’t expected to translate to a better profit margin.

“We expect gross margins to be nearly flat year-over-year, as the team improves promotional and pricing optimization, offset by increased costs at the company's distribution centers and higher transportation cost associated with more new stores in new markets,” Lukow said.

The company plans to open 28 new stores this year, relocate one store and close another, for a net increase of 27 stores. Eight stores are scheduled to open in each of the first two quarters, with the other 12 to open in the third quarter. Last year’s devastating fires in Northern California has delayed construction of two stores; one of those won’t open until 2020, Lukow said.

Sprouts announced in January that it would expand to Louisiana, New Jersey and Virginia this year.

“The brand awareness is really resonating and improving as we get more and more stores opening up in Florida and the Mid-Atlantic. So we're feeling really well about the long term prospects for growth,” Lukow said. More sophisticated data analytics for site selection is helping the company choose better locations and pinpoint its core customers, he explained.

“These insights, combined with a more robust marketing and advertising program, have resulted in stronger sales performance in new markets,” he said. “This gives us the confidence to open a great number of stores in new markets this year.” As a result, the company’s expansion is planned to be 50 percent in existing markets and 50 percent in new markets, whereas the ratio has been 70 to 30.

In its report, Sprouts noted that it has made some changes to its consolidated income statements, but those reclassifications did not impact sales, income from operations, net income or earnings per share: