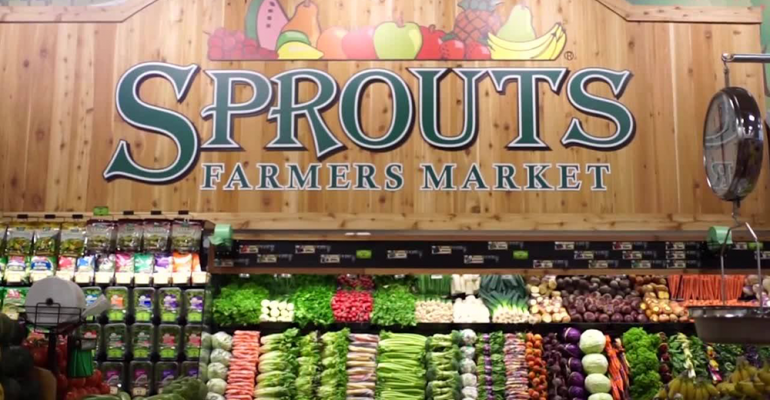 Sprouts Farmers Market remains on track with its growth plan despite a pending search for a new CEO and the loss of another key leader to medical leave, Chief Financial Officer Brad Lukow said this week at the BMO Farm to Market Conference.

Lukow and President and Chief Operating Officer Jim Nielsen have been serving as interim co-CEOs since the Dec. 30 exit of CEO Amin Maredia, who left Sprouts to pursue other interests. The Phoenix-based specialty grocer has retained an executive search firm to help appoint a full-time chief executive. Earlier this month, Lukow announced during the company’s first-quarter earnings call that Nielsen has taken a medical leave of absence. 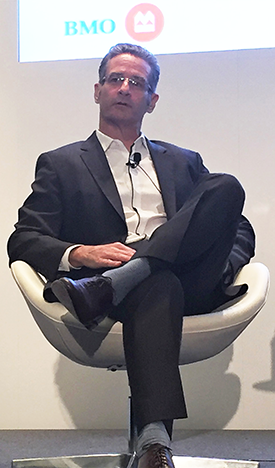 “Jim has always put the company first and, for the first time in his life, he’s putting himself first and taking care of some medical issues. So we’re happy about that,” Lukow (left) said at the BMO Capital Markets event in Manhattan, held May 15 and 16.

“Over the last number of years, the company has done a great job in building a talent bench. We have a lot of depth of experience in grocery and specialty across the board in the organization. Yes, it’s busy, but we’re executing on our strategic initiatives,” he explained. “I like to say it’s never about one person; it’s really about the team. That’s sort of the culture, executing together. It’s a very collaborative organization. We’re not getting off our game plan.”

Lukow also noted that Sprouts’ leadership is on the same page in terms of the retailer’s expansion course. “There’s no disagreement with either the management or the board on our strategic direction. Every year, we have an off-site strategy session where we update our initiatives and look at our strategic platform over the next 18 to 20 months. And that’s what we’re executing on now,” he said.

This year will see Sprouts continue its rapid growth. The fresh, natural and organic grocer opened about 30 new stores in 2018, and it’s targeting 28 new locations overall for 2019. Eight were opened in the first quarter and, so far, one of eight planned for the second quarter.

Currently, Sprouts operates 322 stores in 19 states. The company expects to have 340 stores in 22 states by the end of this year. 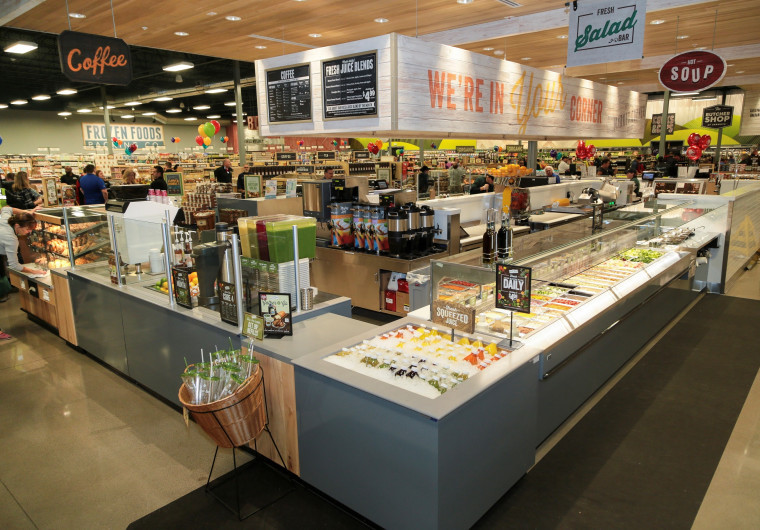 “2019 represents the first year where more than half of our new stores will be opened up in new markets. Traditionally, we’ve been about 70% in our original eight states, from Texas [to the] west. Over the last few years, we’ve continued to enhance our site selection analytics and go-to-market strategy,” Lukow said. “Now that we’re in 19 states coast to coast, brand awareness is significantly greater than it was even three years ago. That’s why we’re seeing our new-store productivity consistently now in the low 80s as compared to the mid-70s five years ago.”

Sprouts entered three new states — Pennsylvania, Washington and South Carolina — and passed the 300-store mark in 2018. This year, the chain will debut in another three states: Louisiana, New Jersey and Virginia. The New Jersey location (Marlton) is scheduled to open June 5 and the Louisiana location (Baton Rouge) on June 26. The first Virginia store will be in Herndon but an opening date has not yet been announced. A total of 13 new stores are expected to open in the 2019 second half, including five more in Florida and four more in California. Other openings include Bel Air, Md.; Greensboro, N.C.; and Laveen, Ariz.

It’s the right time for us to continue to increase our penetration in these new markets,” said Lukow. “We see tremendous white-space opportunity, particularly in Florida and the Mid-Atlantic states.”

Sprouts has seen strong traction with its latest format, which launched last year in five locations. The updated design keeps the center store focus on produce but highlights the personal service and expertise of such departments as The Butcher Shop and Fish Market. Another key enhancement was made with the Market Corner Deli, now situated in a freestanding area that offers made-to-order sandwiches, a salad bar, prepared foods, sushi made in-store and fresh juice.

“We developed a new prototype store over the last couple of years to enhance the consumer experience, both in the deli and bakery as well as meat and seafood. Essentially, what we’ve done is taken the production activity that was in view of the consumer behind the service case and put that into the background. We’ve now taken the deli into a rectangular island, with all of the product on the perimeter and service from the middle. And the consumer experience is materially improved,” Lukow explained. “Consumers have commented, ‘I can’t believe how much more product you have in the store.’ The reality is that it’s the same product.”

Eight of the new stores planned for this year will sport the new format. The most recent opened April 3 in San Luis Obispo, Calif. “And then in 2020 and beyond, our enhanced prototype will be in every location,” Lukow said.

“The impact is pretty significant in terms of the product mix enhancements,” he noted. “In deli, we’ve seen the sales mix increase by 400 to 500 basis points. As the experience is taken to a new level, we’re really presenting to the consumer that we are absolutely in the game of mealtime, with the seating area of the store. Millennials are much more attracted as compared to our previous format. So we’re seeing that resonating very well, particularly in the 12 p.m. and 5 p.m. time frames. Not only are our average weekly sales consistently stronger in each of the new prototype stores, but the margin mix is also stronger than in the previous model.”

The new format also is advancing efforts by Sprouts — known for its fresh produce — to become “more of a full-shop, healthy grocery store,” according to Lukow.

“Now what we’re seeing is that the experience is so different, the fresh departments including deli are starting out much stronger, which I think is great because the trend today for younger consumers is more grab-and-go,” he said. “Most consumers today don’t decide what they’re having for dinner until they’re on their way home. Now we have great solutions where they can walk in and either eat it in the store or take it home and heat it up.”

Besides brick-and-mortar, Sprouts aims to expand in online grocery. The company launched Instacart same-day delivery at the start of 2018 and last May discontinued Amazon Prime Now service that was available through 17 stores.

“We have a great relationship with Instacart,” Lukow said. In March, Sprouts launched Instacart in 16 new ZIP codes in Alabama, Florida, Georgia, North Carolina, South Carolina and Tennessee, which expanded the service through its stores to more than 200 communities.

The Butcher Shop and Fish Market are key features of Sprouts' new prototype.

“We’ve seen tremendous growth in home delivery. It will be approximately 2% of our business by the end of this year, and it grew north of 60% in the last quarter,” he said. “And that growth is really a mix. I would say upwards of 80% is coming from repeat customers and roughly 20% from new customers.”

Sprouts is piloting online grocery pickup at 18 stores in six markets, but Lukow noted that the retailer is focusing more on delivery.

Sprouts also is working with Instacart to develop an online grocery site that reflects its in-store experience.

“Today, we don’t have a differentiated platform with Instacart. It’s really just plain vanilla,” said Lukow. “What we’re developing — and our target is the middle of the year — is that when you come to Sprouts.com, you will no longer be bounced to a vanilla Instacart platform for your order. It will be a platform controlled by us that allows us to present items, recipes, products, suggestions, etc., in a much more differentiated way. It’s more of a seamless experience for the consumer.”

In discussing Sprouts’ technology investments, Lukow said a new loyalty offering is in the works as well. “Our next focus is going to be developing and enhancing our digital platform and loyalty program, which we’re looking to introduce the first element of in 2020.”