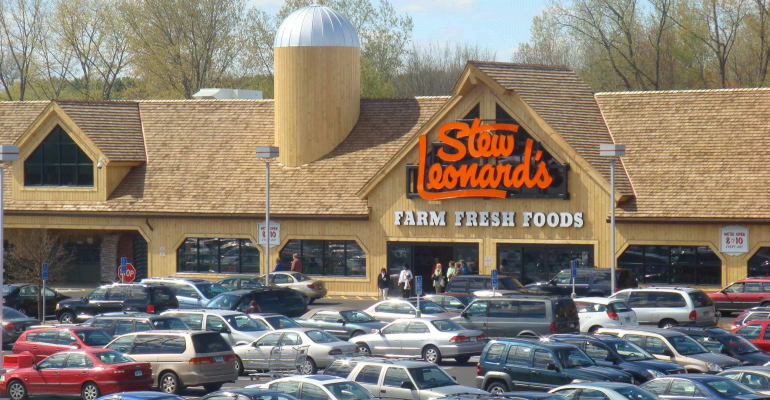 Experiential retailer Stew Leonard’s is set to expand beyond its current two-state footprint with its first supermarket in New Jersey.

The Norwalk, Conn.-based chain, known for its farm-fresh perishables and entertaining shopping experience, plans to break ground tomorrow on an 80,000-square-foot store in Paramus, N.J. Occupying the site of a former Sears department store, the supermarket will be an anchor of Paramus Park Mall and represent the grocer’s first mall location.

Stew Leonard’s said the Paramus store is slated to open in the fall. CEO Stew Leonard Jr. will appear at a groundbreaking ceremony at the site on Friday with U.S. Sen. Bob Menendez (D.-N.J.), Paramus Mayor Richard LaBarbiera and other state and local officials. The store is expected to create more than 350 jobs in the area.

As at other Stew Leonard’s stores, the Paramus location will house a made-from-scratch bakery, cut-to-order butcher shop, full-service fresh seafood department and a kitchen with a 50-person culinary team preparing hot foods for the buffet bar and in-house catering department, plus refrigerated meals to go. The store also will source local produce and dairy products in New Jersey and from across the tri-state area and feature the retailer’s signature animatronic characters.

Stew Leonard’s said 80% of the products sold in its stores are fresh, either brought in daily or made in-store. The locations each carry around 2,200 items — versus an average of 45,000 SKUs for conventional supermarkets — and have everyday prices 10% to 15% lower than large grocery chains, according to the company, which has annual sales of about $400 million. Nine independently owned wine stores in Connecticut, New York and New Jersey also license the Stew Leonard’s name.