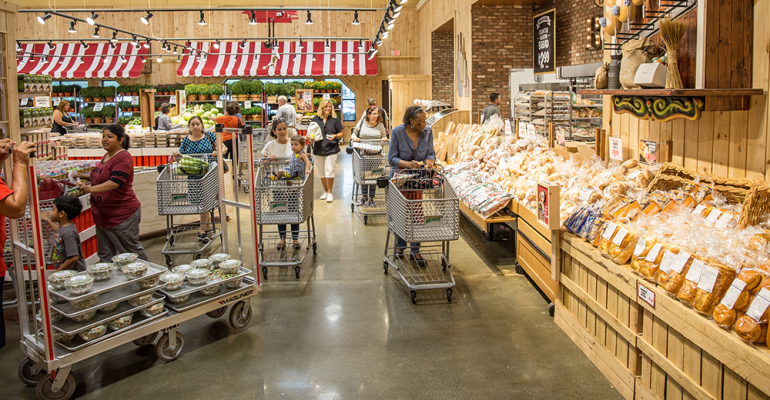 Stew Leonard’s has always done things a bit differently. Soon after Stew opened his first namesake grocery in 1969, the store got a reputation as “the Disneyland of Dairy Stores.” Today the grocery still relishes the country-fair atmosphere. There are aisles filled with animatronic singing poultry and vegetables, stuffed creatures that flip and, in a modern twist for today's consumer, there’s a selfie station where customers can pose with Clover the cow in a replica of Stew’s milk truck.

The zaniness of the stores can overshadow how vital customer service and product scouting is to the growing company. There are six Stew Leonard’s locations now in New York and Connecticut, with a seventh planned for New Jersey in the fall.

Related: Go behind the scenes of Stew Leonard’s bakery 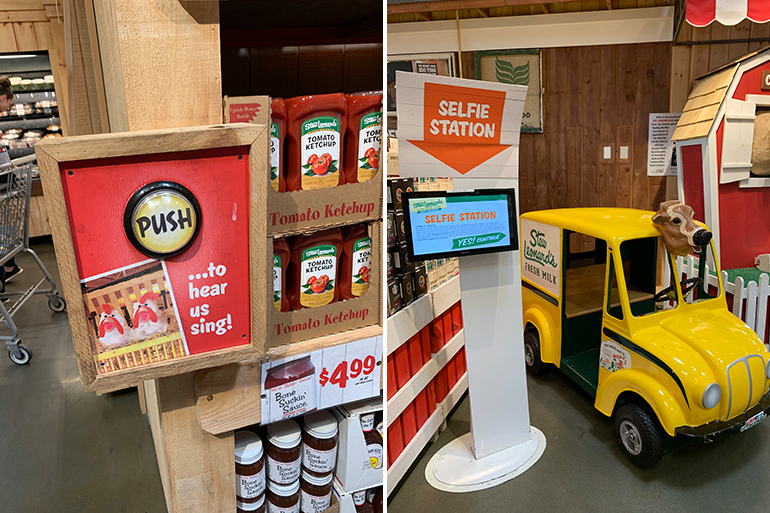 Known for its animatronics and interactive displays, Stew Leonard’s offers such diversions as singing chickens and vegetables, and customers can pose for selfies with Clover the cow in a replica of Stew’s milk truck. (Photos: Gloria Dawson)

The store has a traditional motto: The customer is always right. But here this basic principle of retail gets the Stew Leonard treatment: outside of each store sits  a three-ton granite rock etched with the saying: “Rule #1—The Customer is Always Right" and “Rule #2—If the Customer is Ever Wrong, Re-Read Rule #1.”

Customers rule when it comes to choosing what products the stores sell, according to Stew Leonard, Jr., the president and CEO who took the business over from his dad in the 1990s. “You’ve got to listen to the customers really and hear what they have to say,” he said.

Customers’ opinions are a big part of “Stew’s Tank,” a new program the grocery is rolling out. It’s Stew Leonard’s take on “Shark Tank,” the reality TV show where entrepreneurs compete for funding. For Stew’s Tank, New York-based food entrepreneurs will compete to have their products sold at the newly opened East Meadow, Long Island, location of Stew Leonard’s. The company plans to choose about 24 products to demo and sell for the month of June. Based mostly on sales and customer feedback, the grocery will pick about six new products to sell at all their locations. 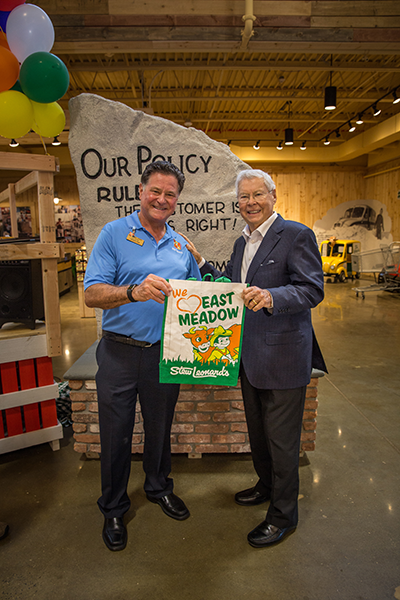 In some ways, Stew’s Tank is a natural extension of how the retailer has found and sold products for years. Stew Leonard’s is known for launching brands that have gone on to be household names such as Newman’s Own Dressing and Rao’s Homemade sauces.

Stew Leonard’s has no slotting fees, which makes it easier for companies to get their food in the door.

“We’ve just never done it,” Leonard said. “We deal with a lot of local, small vendors, and a lot of them can’t afford to have a slotting fee. Maybe that's one reason we get so many [new products]. There's really not any barriers to entry, I would say.” 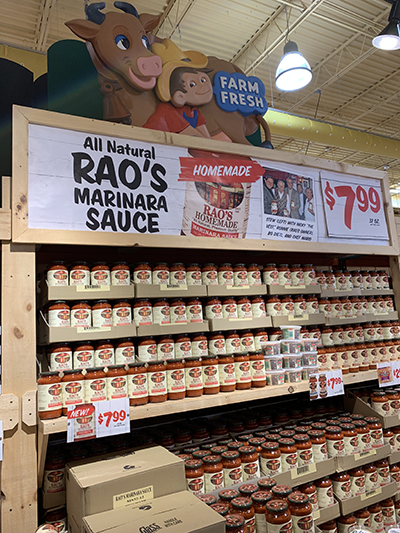 National brands like Rao’s Homemade sauces and Newman’s Own dressings are among once-small companies that got their start at Stew Leonard’s. (Photo: Gloria Dawson)

Another policy that seems to appeal to food companies is how Stew Leonard’s promotes their products.

“We usually get big time behind the product, and we’ll do a big display or a big demo, and you really help the new company, the new product. We help them market their product for them.”

How does the company know what will sell? "I think we probably fail a lot," Leonard admitted.

“I think that’s a key of keeping retailing exciting, to be trying to find that next cool new item," Leonard said. A recent stroll through Stew Leonard’s saw a variety of on-trend products like CBD water, local beer, rainbow bagels and Beyond Burger plant-based meat alternative.

Another way to keep retail exciting is by making a trip to the grocery store a bit like a trip to Disneyland.

“I think everybody I talk to in the retail business is trying to figure out how to create the store more as a destination,” he said. “Where somebody wants to go, where it's fun."

That's where those singing chickens come in.