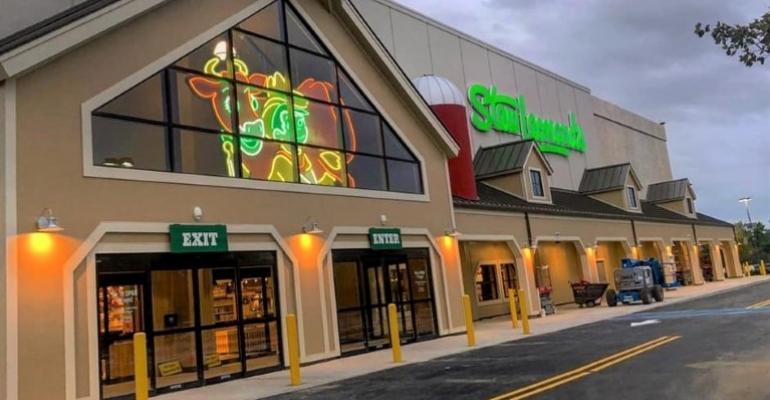 Fresh-focused, experiential grocer Stew Leonard’s makes its New Jersey debut tomorrow with the opening of its first store in the state.

The 80,000-square-foot supermarket in the Paramus Park Mall in Paramus, N.J. — also the chain’s first mall location — is slated to open its doors for business on Wednesday, with a ribbon-cutting ceremony following on Friday. Occupying the space of a former Sears department store, the new Stew Leonard’s marks the Norwalk, Conn.-based grocery retailer’s first new store in two years and adds more than 350 new jobs to the area. 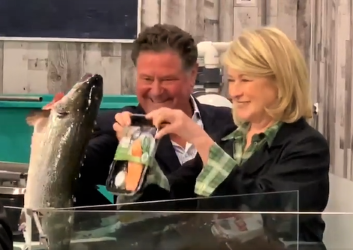 As at other Stew Leonard’s supermarkets, the Paramus location will offer farm-fresh perishables and an entertaining shopping experience. It will house a made-from-scratch bakery, cut-to-order butcher shop, full-service fresh seafood department and a kitchen with a culinary team preparing hot foods for the buffet bar and in-house catering department, plus refrigerated meals to go. The store also will source local produce and dairy products in New Jersey and from across the tri-state area.

The Paramus Park Mall store, too, will be the new home of Stew Leonard’s Wines & Spirits of Paramus. Moving from its current site at 396 Route 17 N to the interior of the supermarket, the liquor store will carry more than 1,600 wines, 800 spirits and 500 beers.

Stew Leonard’s noted that the Paramus location’s production areas were designed as an open concept so customers could see the culinary teams in action. For example, the Mrs. Leonard’s Kitchen department features a hearth-like stone wall along with ovens, grills, a wok, a rotisserie and an open prep area for the culinary staff of 50. The more than 100 foods-to-go include meatballs, soups, Bolognese sauce, and a tomato roasted salmon entrée. A variety of dishes also are available in the catering department, ranging from filet mignon and roasted turkey to a selection of side dishes, sushi platters, sandwiches and chicken wings.

The store’s Bethy’s Bakery is expected to make and sell almost 500 loaves of freshly baked bread and over 5,000 cookies daily, as well as items like fresh-made bagels and croissants, while the dairy section will sell more than 1,000 half-gallons of milk. Stew Leonard’s said its milk comes from dairy farms in upstate New York and is free from artificial growth hormones (rBST) and antibiotics. The dairy area also features a line of organic products, eggs, butter, yogurt and other products.

In the Stew’s Butcher Shop department, 10 butchers are on hand to custom-cut meat at no charge. The section serves up a wide assortment of meat direct from ranchers in Kansas, Wyoming and Nebraska, including grass-fed products and items from Stew Leonard’s antibiotic and hormone-free Naked line of beef, chicken, ham and turkey. Customers also will find 30 varieties of fresh-caught seafood in the fish department plus locally caught sea scallops, swordfish and tuna; to live lobsters from Stonington, Maine; wild shrimp from Florida; king crab legs and king salmon from Alaska; and salmon from Maine.

Available in the deli are a selection of American and international specialty cheeses – including parmigiano-reggiano imported from Italy and New York State cheddar – along with meats such as Boar’s Head and Stew’s line of roasted deli products. Stew Leonard’s said its deli team makes mozzarella and creamy burrata fresh daily and visits cheese mongers in Wisconsin, New York and Italy.

In the produce area, customers will be able to choose from 250 varieties of fresh fruit and vegetables. The retailer noted that it procures local produce whenever possible, including from Cichowski Farms in Somerset and Atlantic Blueberry Co. in Hammonton, N.J.  Other local New Jersey items are found in grocery and throughout the store, such as Colavita Olive Oil and Jersey Italian Gravy.

The Paramus store is sized closer to Stew Leonard’s most recently opened stores in Farmingdale (65,000 square feet) and East Meadow (70,000 square feet), which represented the chain’s first Long Island, N.Y., locations and first new outlets in nearly 10 years. The Farmingdale store opened in January 2016 at a former Dave & Buster’s site, while the East Meadow store opened in August 2017 at a onetime Pathmark site. Stew Leonard’s other stores range from 103,000 to 130,000 square feet.

Stew Leonard’s said 80% of the products sold in its stores are fresh, either brought in daily or made in-store. The locations each carry around 3,200 items — versus an average of 45,000 SKUs for conventional supermarkets — and have everyday prices lower than large supermarket chains, according to the company, which has annual sales of nearly $500 million. Because of the focus on fresh and prepared items, Stew Leonard’s said its stores employs twice the number of employees as traditional supermarkets. Ten independently owned wine and spirits stores in Connecticut, New York and New Jersey also license the Stew Leonard’s name.