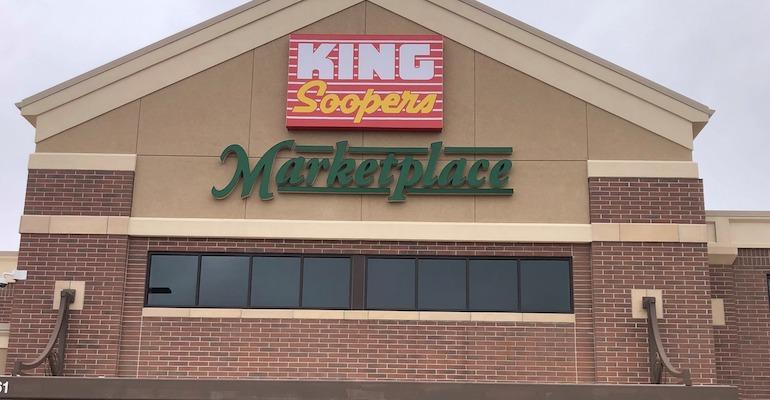 A strike is in the offing tomorrow for King Soopers/City Market grocery workers as United Food and Commercial Workers (UFCW) Local 7 and the grocery chain, part of The Kroger Co., remain at an impasse in contract talks.

Denver-based UFCW Local 7 yesterday reaffirmed plans to walk out effective at 5 a.m. on Jan. 12, following a strike authorization vote by the union late last week. The strike is slated to last three weeks, until Feb. 2, according to the local, which represents about 17,000 King Soopers/City Market employees, including meat and deli workers and clerks.

The strike on Wednesday would include 78 stores in greater Denver, Broomfield, Parker and Boulder, Colo., with more than 8,700 unionized workers participating.

“We are not establishing picket lines and pulling the Colorado Springs stores on Wednesday. However, we intend to do so at another date,” UFCW Local 7 President Kim Cordova said in a video press conference on Facebook yesterday. 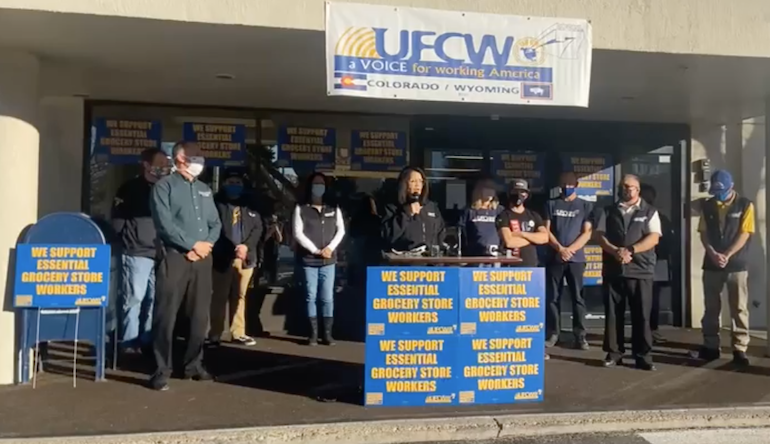 'We’re willing to go back to the table,' UFCW Local 7 President Kim Cordova said at a press conference on Monday.

Negotiations broke down after both sides charged the other with unfair labor practices and have been unable to return to the bargaining table. UFCW 7’s contract with King Soopers/City Market expired as of 11:59 p.m. last Saturday.

Late Monday, King Soopers/City Market announced that UFCW 7 has rejected its offer to bring in a mediator to aid contract negotiations. The Denver-based retailer also said it has filed unfair labor practice charges against UFCW 7 for “refusing to bargain in good faith,” citing the union’s decision to strike.

“After three days of refusing repeated requests to return to the negotiating table, Local 7’s Kim Cordova has now rejected a reasonable request for mediation to work together toward a contract that will put more money in our associates’ pockets,” King Soopers/City Market President Joe Kelley said in a statement. “If Local 7 does not want to negotiate, then they should at least have the decency to allow our associates to vote on the current proposal. Our associates should be treated fairly and transparently and should have the opportunity to decide what is best for them and their families. Right now, Local 7 is using our associates’ livelihoods as pawns in their political gamesmanship.”

UFCW 7 claimed King Soopers/City Market has engaged in “bad faith at the bargaining table” as the union has sought to address low wages, benefit reductions and questions about worker safety issues, notably COVID-19 protections. The local also cited new COVID-19 policies due to go into effect on Jan. 16, in which unvaccinated associates will no longer receive paid COVID emergency leave of absence, paid COVID personal leave of absence or financial support for COVID-related expenses.

Also, in late December, UFCW 7 filed a breach-of-contract lawsuit against King Soopers, alleging that the grocer engaged third-party staffing services to hire workers in its stores and used them to perform bargaining-unit work.

In the Monday afternoon press conference, Cordova, who also is vice president of UFCW International, expressed frustration over the standstill in contract talks.

“I want to recognize the sacrifice that our essential members have made and all of their hard work to keep our communities fed and take care of each other. We would not be here in the situation that we’re in today without them working so hard and the company failing to respect, protect and pay them,” Cordova said at the event. “We’re about a day-and-a-half away from engaging in the largest labor dispute regarding grocery workers [in Colorado] since 1996. The last strike we had lasted 42 days, and that was with King Soopers.”

A key stumbling block has been bargaining with a grocery chain that’s part of a national company, according to Cordova.

“King Soopers is the No. 1 chain in Colorado in terms of market share, and their parent company is the No. 1 chain in the United States. One of the fundamental problems that we’ve had to face is that we’re dealing with a national chain and corporate lawyers from out of state during this whole negotiation process,” she explained. “We have not had local leadership from King Soopers outside of a human resources manager. The rest of the bargainers are lawyers and corporate representatives from California, Cincinnati and Portland. And, frankly, these out-of-state representatives are not in touch with what is going on, the climate that our workers are working in, and the high cost of living and housing in Colorado. They don’t understand our contracts, and they don’t understand Colorado values.

“We’re willing to go back to the table,” Cordova added. “But we ask that if and when we get back to negotiations, that King Soopers local leadership show up to the bargaining table, face their workers and seriously consider our proposals. We also need the company to provide the information that we need.” 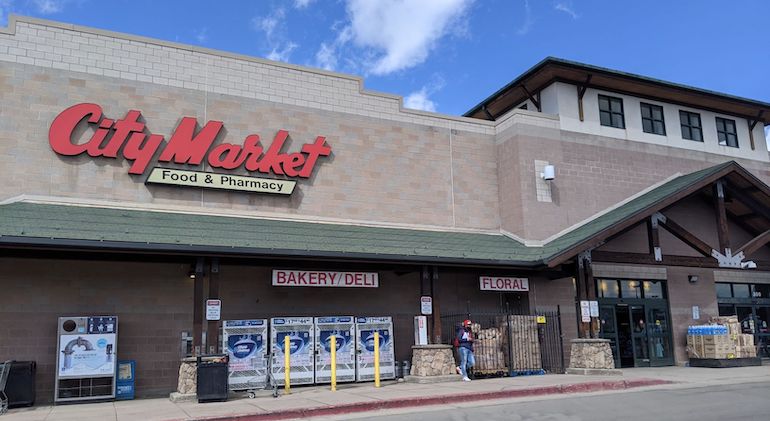 On Tuesday, King Soopers/City Market proposed what it called its “last best and final offer,” including $170 million in new wages plus one-time ratification bonuses.

The retailer said the average associate would receive a nearly 22% pay increase over the duration of the three-year contract. That includes $16 hourly starting rates for new hires in all marketing areas, including courtesy clerks; $3.10-per-hour wage increases for top-rate associates over the life of the contract; up to $4.50 hourly increases for associates in wage scales in the first year of the contract (based on progression and classification); and one-time ratification bonuses of $4,000 for associates with 10 or more years of service and $2,000 for those with less than 10 years of service. Wage increases for expired contracts would be effective Jan. 16 if the offer is voted on and ratified by Jan. 22.

In addition, King Soopers/City Market said it has upped its previous health care benefits proposal by $6 million to nearly $19 million over three years, on top of $72 million per year that the company already contributes to health coverage. The retailer also said it will continue to contribute $29.3 million annually to the pension plan.

King Soopers/City Market said UFCW Local 7 has “given no indication” of when it would re-enter negotiations.

"At King Soopers, we want what is right for our associates, and that is more money in their paychecks while continuing to receive industry-leading health care benefits," Kelley stated.