More than 100 stores owned by Delhaize in Belgium were unable to open Friday after employees at the company called a wildcat strike to protest the retailer’s proposed restructuring, reports said.

Warehouse workers walked off the job Thursday after union representatives received word of a proposal from Delhaize that would save jobs but eliminate pay for worker breaks and reduce leave, reports said. 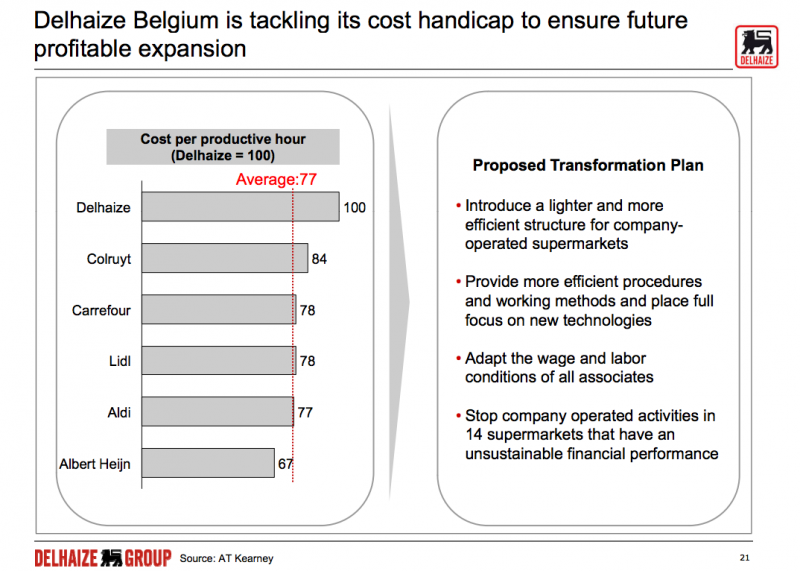 The proposal was revised from a June restructuring plan that would have eliminated around 2,500 jobs and close 14 stores.

Delhaize officials have said the company is beset by a higher cost structure than its peers in Belgium, as detailed in this slide at right presented at the retailer’s most recent financial conference call in August.

The below Tweet from a Belgian news site shows a photograph of striking workers wearing a sign that translates to “We are all on sale.”

Delhaize officials were not immediately available for comment Friday. One newspaper said a spokesman said the disruption “will have huge economic repercussions for the company.”