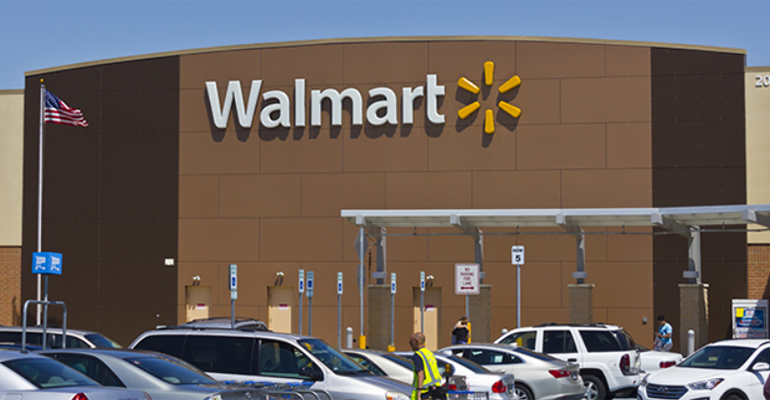 Walmart posted its strongest same-store sales growth in 10 years at Walmart U.S. and in six years at Sam’s Club for its fiscal 2019 second quarter.

At the bottom line, Walmart reported a net loss — due mainly to a charge from the sale of a majority stake in Walmart Brazil — but saw adjusted earnings per share top Wall Street’s forecast.

Meanwhile, sales at Walmart International came in at $29.5 billion, up 4% from a year ago. In constant dollars, sales increased 3.1% to $29.2 billion. Walmart said comp-store sales were positive in the four largest markets.

“We had a great quarter, with strong results and momentum across the business,” Walmart President and CEO Doug McMillonsaid in a statement. “We’re pleased with how customers are responding to the way we're leveraging stores and e-commerce to make shopping faster and more convenient.”

For example, Walmart noted that its U.S. omnichannel has made strides with an expanded online assortment, including 1,100 popular new brands. Online grocery pickup — now in more than 1,800 locations — also continues to expand, and the company said it’s on track to reach about 40% of the U.S. population by the end of the year. 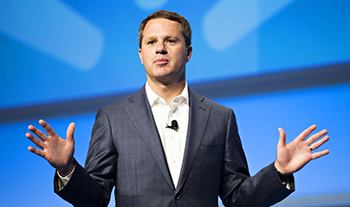 “We’re continuing to aggressively roll out grocery pickup and delivery in the U.S., and we recently announced expanded omnichannel initiatives in China and Mexico,” said McMillon (left). “Customers have choices, and we’re making it easier than ever for them to choose Walmart."

On the earnings side, Walmart had a consolidated net loss of $861 million, or 29 cents per diluted share, in the quarter compared with net income of nearly $2.9 billion, or 96 cents per diluted share, a year earlier. The result reflects a charge of $1.51 per share from the sale of the interest in Walmart Brazil, a negative impact of 4 cents per share from an adjustment in the provisional amount related to tax reform and an unrealized loss of 3 cents per share on the company’s equity investment in JD.com, Walmart said. Adjusted earnings per share (EPS), which excludes those three charges, came in at $1.29 for the quarter, up from $1.08 in the prior-year period.

On average, analysts had projected adjusted EPS of $1.22 for the second quarter, with estimates ranging from a of $1.11 to a high of $1.26, according to Thomson Reuters.

Looking ahead, Walmart raised its full-year fiscal 2019 guidance to between $2.90 and $3.05 per diluted share, excluding its purchase of a majority stake in India’s Flipkart Group. The Bentonville, Ark.-based retail giant pegs its adjusted EPS (diluted) for the year at $4.90 to $5.05.

Wall Street’s consensus estimate is for adjusted EPS of $4.81, with projections running from a low of $4.56 to a high of $5.00, according to Thomson Reuters.