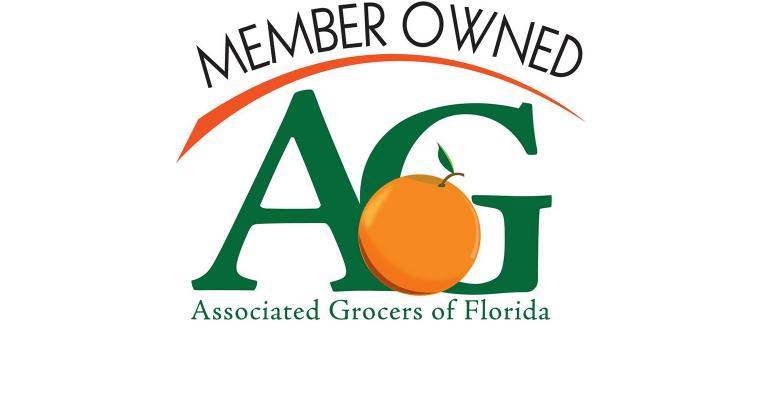 Supervalu to acquire AG of Florida

Supervalu has agreed to acquire Associated Grocers of Florida for about $180 million, marking its third acquisition of the year.

The Minneapolis-based wholesaler said the latest transaction — which follows its purchase of Unified Grocers in California and a warehouse from Central Grocers in Joliet, Ill. — would close by the end the current calendar year.

The announcement came as Supervalu reported a loss of $25 million for the fiscal second quarter after one-time charges.

Mark Gross, president and CEO of Supervalu, said the acquisition of AG of Florida will expand Supervalu’s presence in that state, as well as in the Caribbean and other international markets where AG of Florida distributes product.

“The customers of AG of Florida compete very well,” he said in a conference call with analysts. “We believe this is another great transaction for us and is in line with our mission of growing our wholesale business and helping our independent customers compete.”

Supervalu also said it has reached a long-term supply agreement with AG of Florida’s largest customer that will go into effect upon the closing of the transaction.

AG of Florida is a member-owned cooperative wholesaler operating primarily from a warehouse in Pompano Beach, Fla., where the company is based. It has more than 1 million square feet of warehouse space.

The wholesaler serves a diverse group of customers, from small independents to regional chains operating up to 55 locations. Many of its customers are multicultural, ethnic retailers, and it also has an export business supplying product around the world.

In the fiscal year that ended July 29, AG of Florida had revenues of about $650 million, using Supervalu’s accounting policies, and its EBITDA was “slightly higher” than the 3% Supervalu posted in its wholesale division in the second quarter, Gross said.

Meanwhile, Supervalu said the acquisition of Unified was proceeding as planned, and that the company was aiming to expand the company’s Market Centre division, which supplies ethnic, organic and gourmet specialty products, into additional Supervalu distribution centers. Those include the newly acquired DC in Joliet, a DC in Pennsylvania and potentially the Pompano Beach facility of AG of Florida.

“Part of where we’ve really invested in this year is setting up next year for additional growth [in Market Centre],” said Gross.

Supervalu said it had also picked up some of Central Grocers’ customers after acquiring that company’s warehouse, although the warehouse itself is not operating yet.

For the 12-week fiscal second fiscal quarter, which ended Sept. 9, Supervalu said the $25 million loss from continuing operations included a $27 million after-tax asset charge as well as a $16 million in after-tax merger and integration charges related to the Unified acquisition. That compared with net income from continuing operations of $12 million in the year-ago period.

Sales for the second quarter totaled $3.8 billion, an increase of 35% over year-ago results. The most recent results included sales of about $790 million from Unified Grocers, and a 12.5% increase in sales from the wholesale division excluding Unified, largely the result of new customers.

Supervalu said its second-quarter wholesale sales were up 58% over year-ago levels, to $2.74 billion. Wholesale operating earnings were $61 million, or 2.2 percent of net sales, compared with 2.8% of sales in the year-ago period. The company attributed the lower percentage to lower operating earnings as a percent of sales from the acquired Unified business.

The company is also continuing to market its administrative and other services to wholesale customers. In the second quarter, the company agreed to take over the monitoring, management and administration of data for one of its larger customers, Jerry’s Foods of Edina, Minn.

Supervalu’s retail business continued to struggle, with identical-store sales down 3.5% in the quarter, including a 3.7% decline in customer counts partially offset by a 0.2% increase in basket size.

Total retail sales in the quarter were $1.02 billion, down 1.1% from a year ago as some new and acquired stores partially offset the ID sales decline. The retail operating loss in the quarter was $58 million, including a $42 million impairment charge, compared with an operating loss of $12 million in the year-ago period, which included $4 million in store closure charges and costs.

The company continues to explore the possible sale of underperforming retail assets, while investing strategically in others, primarily the Cub Foods and Hornbacher’s banners. Supervalu recently completed the remodel of a flagship Cub location in Stillwater, Minn., and will eye some of the new merchandising initiatives introduced there for potential expansion to other new and remodeled stores.

Supervalu also has rolled out its Quick & Easy prepared-meal line to all retail locations, and is beginning to make it available for wholesale customers.

“We think we're well-positioned to meet the growing trend of full-meal solutions, instead of merely providing ingredients — whether it's ready-to-eat, heat-and-eat or prepare-at-home,” said Gross.

The company is also expanding its private-label offerings, particularly in the Culinary Circle gourmet and Wild Harvest free-from and organic lines. Supervalu is also in the midst of a package redesign for its Essential Everyday national-brand equivalent private label, which will give the products a more contemporary look and feel, according to Gross.

Supervalu has also expanded its partnership with Instacart for home delivery to allow for integrated store coupon and loyalty rewards, he said.