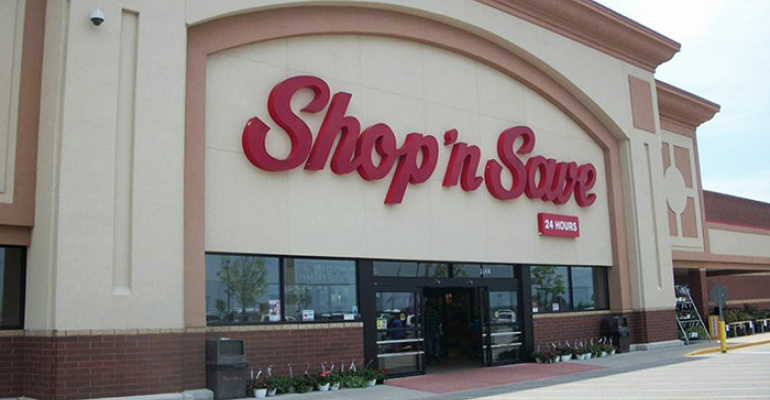 Next month, Supervalu Inc. plans to shut the 16 Shop ‘n Save supermarkets that it hasn’t sold off.

All of the stores, 10 in Missouri and six in Illinois, are in the St. Louis and Springfield, Ill., markets. Published reports said yesterday that Supervalu is closing those locations and one fuel center on Nov. 19 because it wasn’t able to find buyers.

In mid-September, Supervalu announced a deal to sell 19 Shop ‘n Save supermarkets and one stand-alone pharmacy to Schnuck Markets. At the time, Supervalu noted that it would close the rest of the Shop ‘n Saves if no buyers were found. The Minneapolis-based company also said that later this year it will close a distribution center on Hazelwood Avenue in St. Louis that mainly serves Shop ‘n Save locations.

St. Louis-based Schnucks, meanwhile, is slated to finish converting its acquired Shop ‘n Saves to its banner this weekend.

Founded in 1979, Kirkwood, Mo.-based Shop ‘n Save has about 2,800 employees and has served the St. Louis market area for nearly 40 years.

For Supervalu, the store divestitures further its strategy to exit grocery retail and focus on growing its wholesale business as part of United Natural Foods Inc., which in late July announced a deal to acquire the company for $2.9 billion. The companies said in announcing the agreement that United Natural Foods aimed to divest Supervalu’s retail assets “in a thoughtful and economic manner.”

Yesterday, Supervalu reported that its shareholders approved the United Natural Foods agreement in a special meeting and, pending customary closing conditions, the companies expect to finalize the deal on Oct. 22. The transaction got the green light from the Federal Trade Commission late last week when the Hart-Scott-Rodino waiting period expired.

The sale of Shop ‘n Save leaves Supervalu with 111 supermarkets under the Cub Foods, Hornbacher’s and Shoppers banners. Supervalu had announced plans to divest Shop ‘n Save in May, after unveiling deals to sell 21 Farm Fresh stores to Harris Teeter, The Kroger Co. and Food Lion the previous month.