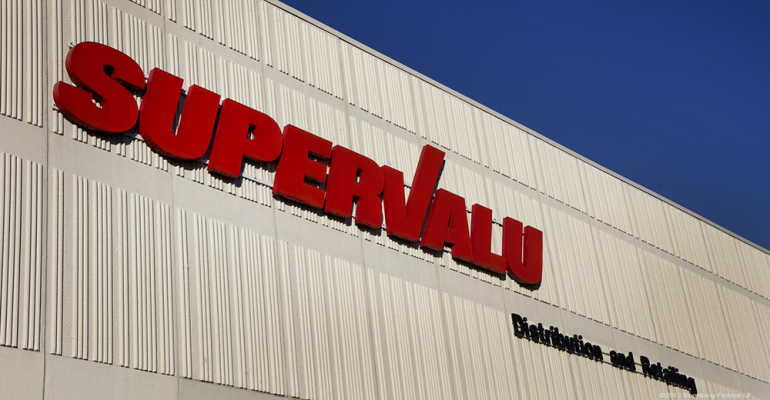 Acquisition by United Natural Foods gets go-ahead from regulators

Just days after getting the green light to be acquired by United Natural Foods Inc., Supervalu Inc. reported an uptick in sales and a larger net loss for its fiscal 2019 second quarter.

In a 10-Q filing on Monday with the Securities and Exchange Commission, Supervalu said revenue for the quarter ended Sept. 8 rose 1.9% to $3.51 billion from $3.45 billion a year earlier.

The Minneapolis-based food distributor and retailer attributed the gain mainly to sales from acquisitions by Associated Grocers of Florida and Unified Grocers plus higher sales to new customers. Those increases were partially offset in part by reduced sales due to closed stores and stores no longer operated by customers, lower sales to existing customers, lower transition services agreement (TSA) fees and lower military sales.

Wholesale revenue climbed 3.6% to $2.84 billion for the second quarter, accounting for nearly 81% of Supervalu’s sales.

Sales at the company’s corporate-owned supermarkets fell 3.1% to $650 million, or 18.5% of total revenue, in the quarter. Same-store sales were flat versus an 0.2% increase in the prior-year period. The average basket size grew 1.8% year over year, while customer traffic fell 1.8%.

The fiscal 2019 quarter also included an operating loss of $62 million, compared with operating income of $17 million in the year-ago period.

In an Oct. 12 SEC filing, Supervalu said the Federal Trade Commission has cleared the way for its deal to be acquired by United Natural Foods, as the Hart-Scott-Rodino waiting period expired. The companies expect the $2.9 billion transaction, announced in late July, to close in the fourth quarter of 2018, pending regulatory and shareholder approvals and other customary closing conditions.

The merger also will mark Supervalu’s exit from the grocery retail business. Supervalu has steadily been divesting its corporate-owned stores, most recently in a sale of 19 Shop ‘n Save stores in the St. Louis area to Schnuck Markets Inc.