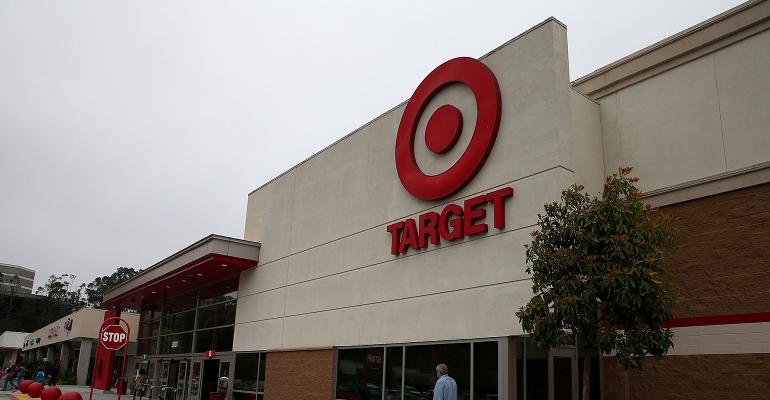 At one of Target’s distribution centers in California, the workers don’t move around very much. The company has deployed there a “goods-to-person” automated fulfillment system, in which workers pick orders for several stores at a time without leaving their workstations, according to Marc Wulfraat, founder and president of logistics consulting firm MWPVL International, based in Montreal.

In this type of system, full cases of product are broken down at the warehouse into “inner packs” or individual items, which are then stored in plastic totes. These “donor totes” are then conveyed automatically from their storage areas to the warehouse workstations, and the workers select product from them and place the product in outbound delivery totes based on orders placed by individual stores.

This type of automated technology, combined with software that applies the layout of each individual store so that items can be delivered in a “store-friendly” sequence for speedy shelf replenishment, could be behind some of the new advancements in store supply discussed in recent earnings calls by Target Corp. and Whole Foods Market. Neither company has divulged much detail about the technology behind their new systems, but both are encouraged by early results.

In a Feb. 28 analyst meeting at which Target unveiled a broad array of new strategic initiatives, CEO Brian Cornell said the company was migrating to a distribution model in which individual items, rather than full cases, would be delivered to stores as they are needed, freeing up space in back rooms.

“Fundamentally, we are changing how we move product,” said Cornell. “In the future, we know we’ll still have to move cases. But to move product faster, and to manage the growing digital demand, we have to start moving individual items.

Similarly, Whole Foods CEO John Mackey said in the company’s first-quarter earnings call on Feb. 8 that Whole Foods was rolling out “order-to-shelf” initiatives that have the potential to reduce store labor and inventories. Product is delivered from trucks directly to store aisles, rather than to back rooms.

“It's creating a really strong, efficient process from the way the goods are received in the back door to bring them right out to the shelf,” said Ken Meyer, EVP of operations, Whole Foods. “And it's really improving and helping our out-of-stocks, as well — dramatically.”

By reducing the handling of perishables in back rooms, the initiative is also reducing shrink, he said.

Target said its individual-item replenishment efforts would free up back-room space that could be used for online order fulfillment or other purposes.

The individual product delivery model — delivery “by the each” rather than by the case — is “absolutely key” to the rollout of small format stores, which have little or no storage space, said Cornell. Target plans to add 100 such locations in the next three years.

The company has “several pilots underway,” and will begin transitioning to the new model starting this spring in the Northeast.

Companies have been breaking down cases in warehouses and shipping small quantities of product to stores for years — slow-moving items like spices are a perfect example — even though it requires a small amount of additional labor at the warehouse, Wulfraat explained. Increasingly, however, automation and other technological advances are making it more feasible to apply this model across a broader range of product.

“Life is good when have a 150,000-square-foot store, and you can just take a case of toothpaste, and pop it on the shelf,” said Wulfraat. “But when you have a small-format store where you are trying to stuff in a lot of SKUs, you don’t have that space on the shelf any more for a full case of toothpaste.”

By delivering those items to stores in a way that makes it easier to restock shelves — rather than simply placing heavier cases at the bottom of pallet loads, and lighter items on top — shelves can be restocked more quickly and store labor reduced, he said.

A traditional pallet of product might have to travel down four different aisles of the store before all of its payload has been restocked, for example. But a load that has been delivered from the warehouse in a store-friendly manner, based on the layout of that specific location, might only travel an aisle and a half, Wulfraat explained.

“The travel time that the replenishment operator in the store has to spend to stock goes way down when you have an automated distribution center that’s preparing things in a store-friendly sequence,” said Wulfraat. “That’s the bottom line.

“That’s the motivation for a lot of companies to spend the untold millions of dollars that it takes to do this, because there’s just a tremendous amount of retail store savings to be had when you are creating a store-friendly pallet.”