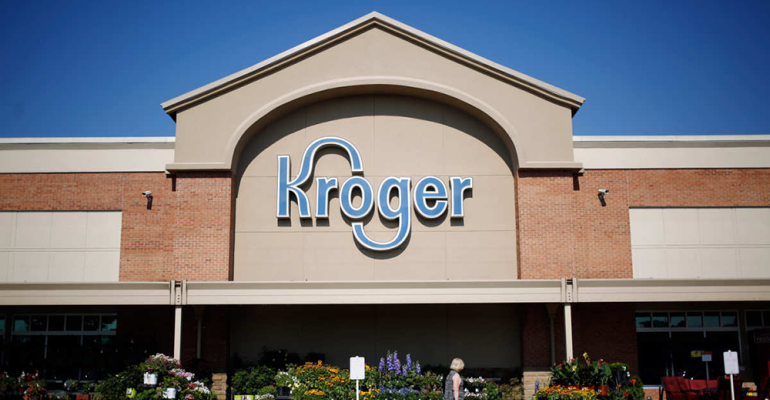 Tom Erickson, director of the Teamsters Warehouse Division, described the contract as “the most lucrative deal in the history of the national contract at Kroger.”

The new, five-year contract was approved by 88% of workers.

All five local supplemental agreements were also ratified, including Local 667 in Memphis, Tenn.; Local 135 in Indianapolis; Local 337 in Detroit; Local 988 in Houston, and Local 795 in Wichita, Kan.

The negotiations marked the first time that rank-and-file members of the Teamsters participated in negotiations, the union said. Those members played an instrumental role in the bargaining process, attending negotiation sessions and providing feedback, the Teamsters said in a statement.

Details about the terms of the new contract were not immediately available.

The agreement follows a cautionary note issued by the Teamsters following the announcement of the planned Kroger-Albertsons merger.

“The proposed merger between Kroger and Albertsons will have serious implications for the more than 18,000 Teamsters employed at both companies and is another example of why real antitrust reform is needed,” said Sean M. O’Brien, general president of the International Brotherhood of Teamsters, in a statement at the time.

"We will be monitoring developments as the regulatory process plays out,” he added. “There are a lot of unanswered questions that need to be addressed.”

Kroger is one of the most unionized supermarket chains in the country, with most of its employees covered by about 310 different collective bargaining agreements with local unions. Most in-store workers are members the United Food and Commercial Workers union.

The Kroger-Teamsters agreement also follows a historic agreement for the union with Costco Wholesale, marking the first-ever national master labor agreement at the chain.

That three-year agreement, which was approved by a vote of 72%, provides workers with wage improvements and an increase in pension contributions from the company. The contract will also provide members with higher semi-annual bonuses and a more flexible attendance policy, among other workplace improvements, the union said.

“This is an earth-shaking win for Costco workers and the American labor movement,” said O’Brien. “Corporations like Sysco, UPS and Amazon remain on notice.”

Unions have been gaining momentum in efforts to organize at other retail and foodservice operations, including Costco, Amazon and Starbucks, mirroring gains in other industries as employees have gained increasing clout in a tight labor market.