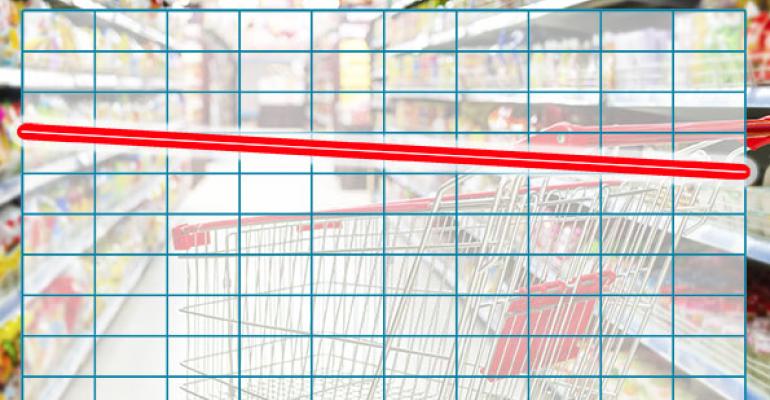 Changes in the food industry landscape and customer expectations will cause the market share of traditional retailers to drop from 71% of retail food sales to 62% by 2025, according to a new report from Technomic.

“Food Industry Transformation: The Next Decade” details the effects of a diminished middle class and evolving attitudes around health and wellness on traditional retailers such as supermarkets, mass merchants and supercenters.

“Combined with plateaued spending from all but the most affluent consumers, an environment of accelerated change and increased regulation spells doom for outdated food products and behind-the-times retail outlets and restaurants trying to sell them,” the report states.

Technomic does predict some growth for traditional retailers over the next 10 years. The report states sales at traditional supermarkets will increase 3% annually, going from $363 billion in 2014 to $502 billion in 2025.

However, other types of retailers will grow much faster.

Sales at fresh format stores will climb 12% per year and total $60 billion in 2025, while sales at online and other retailers such as home meal delivery, farmers’ markets and CSAs will climb 13.5% a year to reach $60 billion.

The report describes a changing definition of “healthy” to include attributes like “natural,” “fresh” and “artisanal,” attitudes that will not be limited to affluent consumers.

“Consumers will demand that food sellers be radically transparent about the sources of their ingredients and will weigh the ‘true cost’ they are asked to pay, such as the environmental effects of production,” the report states.

At the same time, the ongoing consumer split into high-end shoppers and value seekers will benefit low-cost retailers.

One bright spot for traditional retailers will be prepared foods. Technomic predicts sales of supermarket fresh prepared foods will grow 7.5% per year and total $51 billion in 2025. To keep up with demand, retailers will add more on-site eating areas, self-serve stations, and trained staff like butchers and fishmongers. However, these measures will also result in higher labor costs.