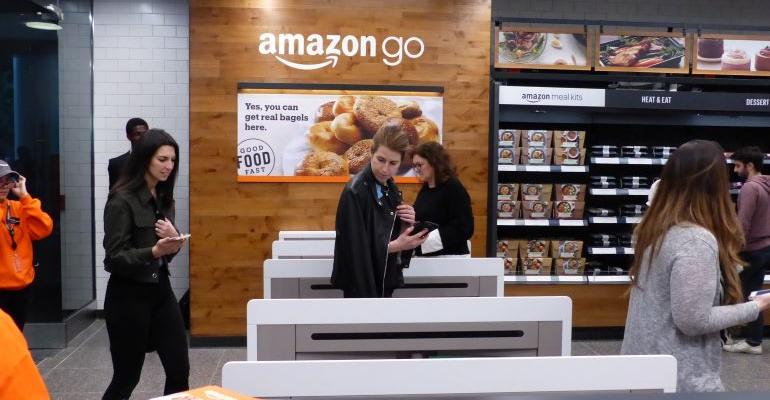 A couple of months after its debut in the Big Apple, Amazon Go is expanding its footprint in Chicago and Seattle with three new stores.

No opening dates were released, but Amazon said the stores are “coming soon.”

Aside from a 450-square-foot, employee-only location inside Seattle’s Macy’s building, the three new Amazon Go outlets are on the smaller side for the format, whose sizes range from 1,200 square feet to 2,400 square feet. Amazon said the Merch Mart and the Prudential Plaza stores will be 930 square feet and 1,425 square feet, respectively, while the Madison and Minor store in Seattle will be sized at 1,150 square feet.

In late May, Amazon also announced plans to open an Amazon Go in San Francisco’s Embarcadero Center mixed-use complex. The 2,125-square-foot store, slated for 3 Embarcadero Center, would be the city’s fourth Go location. The company didn’t provide a timetable for the opening. 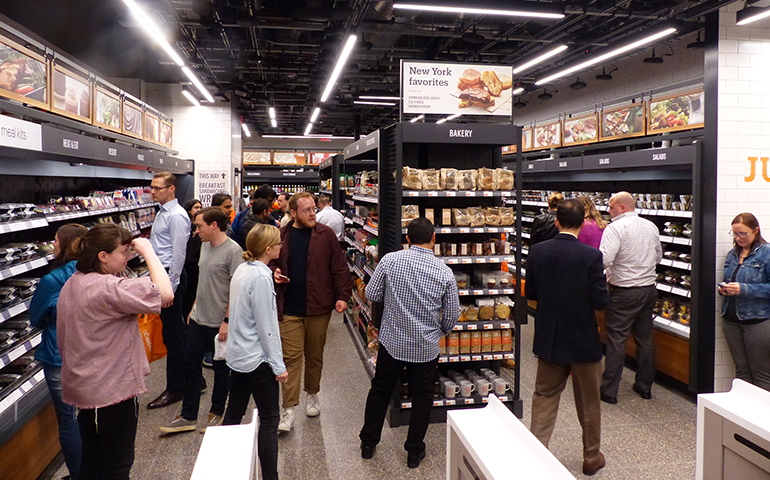 The most recent Amazon Go opening was a 1,700-square-foot store at 300 Park Ave. in Manhattan on June 11, marking the concept’s second New York City location. The store offers a selection of beverages and ready-to-eat breakfast, lunch, dinner and snack options made by Amazon’s kitchen team and favorite local kitchens and bakeries. Also sold at the store are chef-designed Amazon Meal Kits, which contain the ingredients for making a meal for two in about 30 minutes, plus an assortment of grocery staples ranging from bread and milk to artisan cheeses and chocolates. Local vendors featured at the store include Dominique Ansel, Magnolia Bakery, Ess-a-Bagel, Epicured, Bien Cuit, Hale & Hearty and Terranova Bakery.

Unlike New York City’s first Amazon Go, which opened May 7 in the upscale Brookfield Place mall at 200 Vesey St. near One World Trade Center, the latest store sells brewed coffee by the cup as well as espresso. Amazon said it also recently introduced brewed coffee and espresso in the Amazon Go at 300 Boren Ave N. in Seattle.

Overall, Amazon now has 13 Amazon Go stores open and four more in the works. Current locations in operation include four in Seattle, four in Chicago, three in San Francisco and two in Manhattan.

Though not a direct competitor to supermarkets, the Amazon Go format is seen as a threat to brick-and-mortar food retailers given the strong appeal of its checkout-free shopping experience. Powered by Amazon’s “Just Walk Out” technology, the Go stores use overhead cameras, weight sensors and deep learning technology to detect merchandise that shoppers take from or return to shelves and keep track of the items selected in a virtual cart. Customers use the Amazon Go mobile app to gain entry to the store through a turnstile. When they exit the store, the Just Walk Out technology automatically debits their Amazon account for the items they take and then sends a receipt to the app.

Industry observers say Amazon Go is shaping up to become a major business for Amazon as it expands its physical retail footprint. An RBC Capital Markets analysis released in January estimated average annual sales of $1.5 million apiece for the then nine Amazon Go stores. Based on a Bloomberg report last September saying that Amazon may open up to 3,000 Amazon Go stores by 2021, RBC’s estimate would translate into a $4.5 billion business for the Go banner within a few years. Published reports also have said Amazon Go may pop up in new types of locations such as airports and expand to thousands of similar sites over the next several years.