Timeline: A brief history of the Demoulas dispute 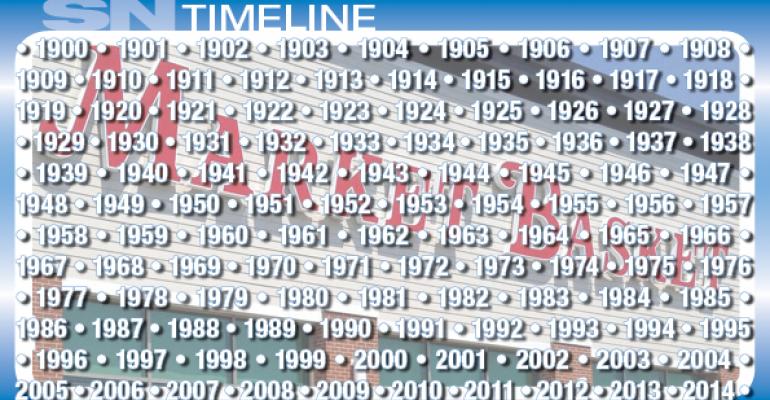 Both combatants in the Demoulas Super Markets battle — Arthur S. Demoulas and  his cousin, Arthur T. Demoulas — are named after their common grandfather, Athanasios “Arthur” Demoulas, a Greek immigrant who founded a store selling fresh lamb in Lowell, Mass., in 1916.

Arthur turned the business over to sons Telemachus “Mike” and George Demoulas in 1954 and the brothers built the chain known as Market Basket until George — the father of Arthur S. — passed away suddenly in 1971.

Unraveling what happened in the aftermath of George’s death would become one of the longest, most expensive and contentious series of lawsuits in Massachusetts history — and its aftereffects still resonate at the company.

A jury in 1994 found that Mike Demoulas — Arthur T.’s father — since 1971 had defrauded his brother’s widow of some $800 million by transferring all but 8% of the stock belonging to that side of the family to entities controlled by him. A judge came to a similar determination in a shareholder derivative suit, and in 1995 ordered that Mike return 43% of the company’s stock to his brother’s family, ultimately resulting in a company whose stock is controlled 50.5% by the family of Arthur S. Demoulas and 49.5% by his cousin Arthur T. and his family.

The judge further ruled that each side of the family may appoint two members of the retailer’s seven-member board of directors; with the other three directors chosen by the majority of shareholders.

The trials were noted for outrageous theater including an alleged courtroom fistfight between the cousins,  and accusations of spying, bugging and improper contacts between judges and lawyers.

And although Arthur S.’s family ultimately prevailed in winning the majority of the stock, the company until last year remained in control of his cousin as a result of a longtime “voting alliance” between Arthur T. and Rafaele Demoulas Evans, a sister-in-law of Arthur S. According to reports, Rafaele sided with Arthur T. as a result of a separate rift with Arthur S. over how he handled a trust controlling her daughter’s shares.

Why Rafaele changed her mind last year to vote with her brother-in-law is unknown, but the resulting change in power triggered the events over the last year leading most recently to Arthur T.’s dismissal.