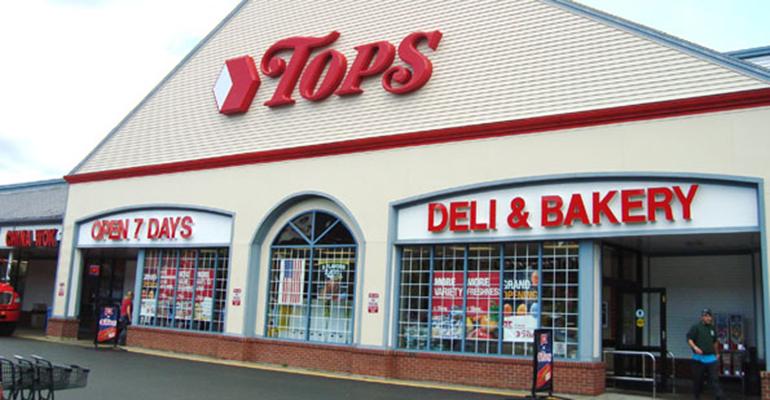 Company said to seek to reduction in UFCW pension payments

Tops Markets has been meeting opposition on multiple fronts from labor unions as it continues to reorganize through Chapter 11 bankruptcy.

The Williamsville, N.Y.-based chain recently won one of those battles when the court approved a new supply agreement with its wholesale supplier, Keene, N.H.-based C&S Wholesale Grocers. The New York State Teamsters Conference Pension and Retirement Fund, which is a creditor in the case, had opposed the interim agreement with C&S, saying it would actually reduce the company’s liquidity.

The Teamsters fund also said the settlement and interim supply agreement between Tops and C&S appears to represent “heightened risk” and potential improper favoritism of certain creditors, citing the long-term relationship between Tops CEO Frank Curci and the wholesaler, among other factors. Curci had been at the helm of Tops when it first signed an agreement with C&S in 2002, and later went to work for a former C&S-owned chain, Southern Family Markets, before returning to Tops.

About 700 Tops warehouse workers are represented by the International Brotherhood of Teamsters Local 264, according to court filings, and the pension fund is underfunded.

The new agreement calls for a revision of terms with C&S, which supplies about 66% of Tops products, including a $38 million payment that the Teamsters fund said would negate the additional liquidity granted by the new agreement. The new pact also extends payment terms by an extra week.

Tops has been in ongoing arbitration with the Teamsters Pension Fund over a disputed $180 million liability arising from Top’s 2013 acquisition of Erie Logistics from C&S, according to court filings.

Meanwhile, Tops is also reduced its pension-plan payments to United Food and Commercial Workers Local One, based in Oriskany, N.Y., according to Greg Gorea, secretary/treasurer of the local. About 11,600 of Tops’ 14,000 employees are represented by UFCW Local One or other UFCW locals.

According to a Buffalo News report, Tops will seek court approval to reduce its monthly contributions to the pension plan by about $9 million per year, to $5.3 million.

The UFCW local plans to file a petition with the court opposing the reduction, Gorea told Supermarket News.

“Our members did not put this company in the financial position Tops now finds themselves in,” said Frank DeRiso, president of UFCW Local One, in a statement. “The pension obligation did not put Tops in the position they are in. I’m confident our members will not sit on the sidelines, and will be very vocal, if and when Tops’ bankruptcy attorneys try to persuade the judge to accept only one third the needed pension contribution. Our members deserve the pension they earned and the pension Tops promised.”

According to court filings, the pension fund is already underfunded by $393 million and has been designated as “critical” by the Department of Labor. This means that companies contributing to the fund should be paying a surcharge to help correct the financial situation, and that benefits under the plan can be reduced.

Benefits that could be reduced or eliminated include post-retirement death benefits, disability benefits, early retirement benefits and others.

A representative for Tops could not be reached for comment.

Tops, which is owned by members of its management team, filed Chapter 11 on Feb. 21, citing assets of about $977 million and liabilities of about $1.18 billion as of the end of last year.

The company operates 169 stores — another five are operated by franchisees — mostly in upstate New York. Tops said it expects to close few stores during the bankruptcy, and court filings indicate that “the vast majority” of its stores generate positive EBITDA.

It expects to emerge from bankruptcy within about six months, according to court filings.