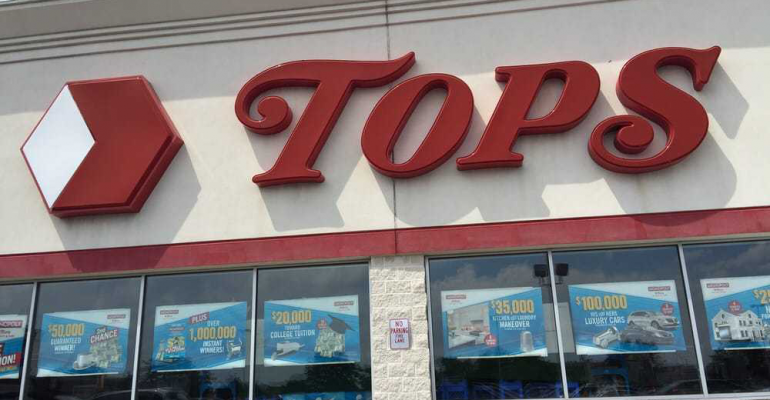 Tops store-refresh program gets under way 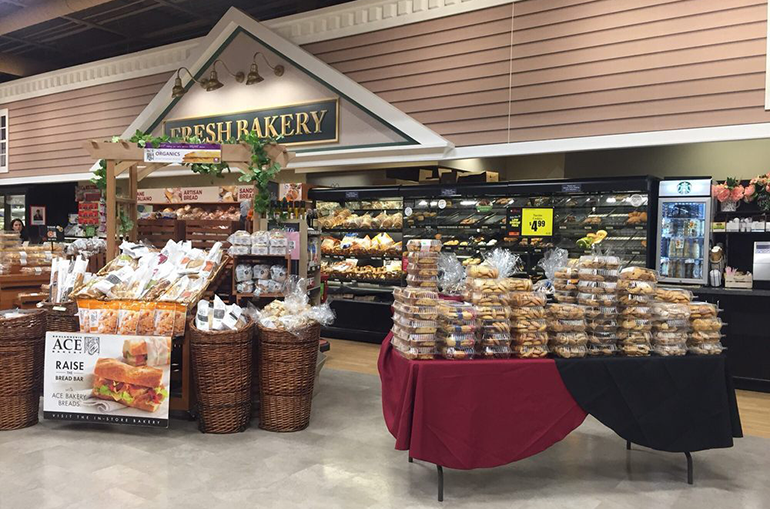 The Williamsville, N.Y.-based grocer noted that highlighting fresh departments will be a key focus of the renovations. For example, customers will see expanded produce, bakery and deli/carryout café areas plus a bigger assortment of natural, organic and gluten-free products, which will be integrated throughout the main aisles.

Phase one of the remodels has begun at six stores in Elmira, Saranac Lake, Cheektowaga, Alden, Leroy and Buffalo, N.Y. Grand reopening events will be held starting next month and continuing into the summer, Tops said. The Elmira location also will be adding a new fuel site. Stores will remain open during the upgrade projects.

About $2 million of the capital program is earmarked for a major remodel of the Cheektowaga store at 700 Thruway Plaza. Updates at that location also will include a new beer and beverage area, a renovated pharmacy and the addition of Tops Home Delivery with Instacart. The store’s grand reopening is scheduled for June 4.

Tops plans to remodel more stores in the program’s second phase, now in the planning and permitting process. The company said it will name the next remodel locations at a later date.

“Throughout our stores, shoppers will see expanded refrigerated produce allowing for more variety and convenience, new offerings including an in-store cut fruit and vegetable program and an increase of antibiotic-free meat and seafood selections,” President and Chief Operating Officer John Persons said in a statement. “We’re also looking to bring a new coffee shop and comfortable sit-down area to a few of our locations, which is an exciting addition for our shoppers.”

On the service side, Tops plans to have online grocery pickup available at 20 stores by the end of May, “with expansion into our other major markets on the horizon,” Persons added. The chain launched an Instacart-powered click-and-collect service, dubbed Tops Grocery Pick Up, in October at stores in Hamburg, Williamsville and Tonawanda, N.Y. Also making its debut last fall was TopsOrganics.com, an online store offering thousands of natural, organic, gluten-free and minimally processed products, including national brands and Tops’ Full Circle organics private label.

Tops has continued to expand same-day home delivery as well. In late March, the retailer began Instacart delivery, in as soon as an hour, at a store in Corinth, N.Y., marking its 130th location offering the service, now available to more than 90% of its customer base. So far this year, Tops launched home delivery at 11 stores, adding to the 44 locations that introduced the service during 2018. The company announced its partnership with Instacart in November 2017, first launching service in the Buffalo, Rochester and Syracuse, N.Y., markets.

“When we create an even more exceptional shopping experience and help make grocery shopping simple, friendly and easy, our shoppers benefit at the end of the day,” Persons said.

Overall, Tops operates 159 supermarkets and has five franchised stores in New York, northern Pennsylvania and Vermont. Last month, the company announced that it wouldn’t renew the lease for its store at 1770 Broadway in Buffalo, N.Y. Tops said the store, whose lease is due to expire in August, is its oldest location in Erie County, and customers can be served by other stores in the area, including the Thruway Plaza location, which is less than two miles away.

CEO Frank Curci has said store upgrades and new services are a linchpin for Tops’ growth plans following its emergence from Chapter 11 bankruptcy in November 2018. As part of the restructuring, the retailer shut 10 stores in upstate New York.

“We are moving forward as a stronger company with an even greater ability to provide convenience, savings and friendly service to customers across our communities,” Curci said at the time. “We are investing in our stores and rolling out new services that make shopping with us even easier.”