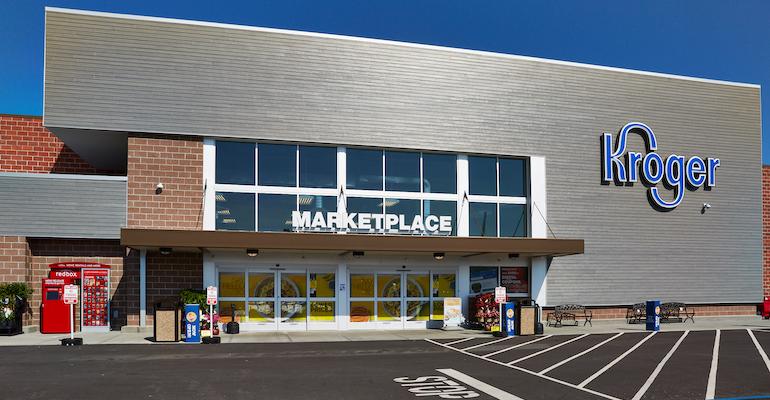 Kroger announced contract ratification late yesterday. The agreement with UFCW 1000 covers over 11,000 associates in the division, which is based in Coppell, Texas.

UFCW 1000, whose members work at 98 Kroger supermarkets in the region, said a tentative agreement was reached Sept. 2 and that 93% of members voted in favor of the new contract on Sept. 10. The previous agreement was ratified in September 2017.

“We are pleased to reach an agreement that benefits our associates, including significant wage increases and enhanced Kroger-sponsored health care,” Adam Wampler, president of Kroger’s Dallas division, said in a statement. “I appreciate our associates for supporting this agreement and continuing to provide uplifting service to our customers each and every day.”

“We stuck together and reached an agreement that increases pay; protects affordable, quality health care; and secures benefits for the future,” UFCW Local 1000 President Ricky Burris stated. “This contract creates more opportunity for our members to have a better life.” 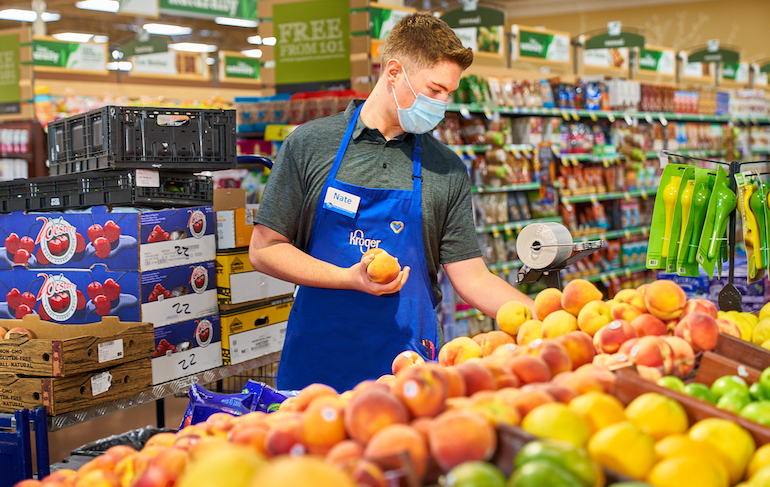 UFCW 1000 said a tentative agreement was reached Sept. 2 and members voted in favor of the new contract on Sept. 10.

Overall, Cincinnati-based Kroger has more than 15,000 employees in the Dallas division, where it operates 109 retail food stores.

“Kroger in Dallas is one of the numerous markets across the country that is rewarding and recognizing associates for their hard work with wage increases,” according to Tim Massa, senior vice president and chief people officer.

In a conference call Friday on second-quarter results, Kroger Chairman and CEO Rodney McMullen said the company has been investing to raise the wages of its frontline associates for the past several years under its Restock Kroger strategic plan.

“As part of Restock Kroger announced in 2017, over the period of 2018 to 2020, Kroger will have invested an incremental $800 million in associate wage increases, and that is $300 million more than the original plan,” McMullen said. “As a result of this continuing investment, Kroger has increased its average hourly rate to over $15 per hour. And with our comprehensive and best-in-class benefits — including health care, paid time off and retirement plans — our average hourly rate is over $20.”

During the quarter, Kroger ratified new labor agreements with UFCW covering associates in Roanoke, Va., Chief Financial Officer Gary Millerchip said. The company is now negotiating with the union for contracts covering store associates in Las Vegas; Little Rock, Ark.; Houston; and Charleston, W.Va., and later this year expects to be in talks with UFCW for Fry’s Stores associates in Arizona, he added.

“Our objective in every negotiation is to find a fair and reasonable balance between competitive costs and compensation packages that provide solid wages, good-quality affordable health care and retirement benefits for our associates. We strive to make our overall benefit package relevant to today’s associates,” Millerchip told analysts in the call. “Our financial results continue to be pressured by health care and pension costs, which some of our competitors do not face. We continue to communicate with our local unions and the international unions, which represent many of our associates on the importance of growing our business in a profitable way which will help us to create more jobs and career opportunities and enhance job security for our associates.”

In its fiscal 2020 third quarter, Kroger also expects UFCW to ratify a tentative pact to withdraw from the UFCW International Union-Industry Pension Fund. Under the move, announced in July, 33,000 Kroger Co. associates in 14 divisions — including most meat and deli clerks and some retail clerks — would transition from UFCW’s national pension plan to a new variable annuity pension plan (VAPP). Kroger’s agreement spans 20 UFCW locals covering 40 separate contracts. The change is aimed at reinforcing the security of pension benefits for UFCW members while mitigating financial risk for the company regarding pension costs.