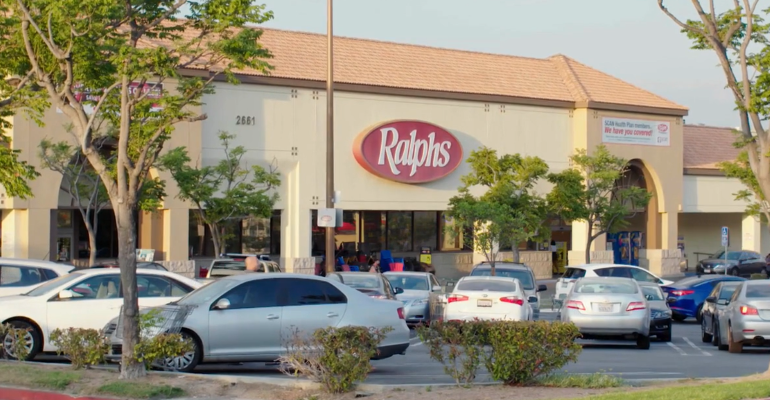 UFCW turns up heat on Ralphs in Southern California

UFCW today said thousands of Ralphs grocery workers it represents have launched a campaign offering customers at 196 Ralphs supermarkets in the region a six-hour notice in the event of a strike. In a flyer for the campaign, the workers are directing customers to text “NOTICE” to 23396 to receive advance notice of any change to service at their local store.

The move comes after nearly six months of negotiations with Ralphs, which is part of Cincinnati-based Kroger Co.,  have not produced an acceptable contract, according to UFCW. The union said the grocery workers — including cashiers, stockers and deli clerks — initiated the campaign to “protest Ralphs’ unreasonable contract demands” and minimize disruption to customer service should a strike occur.

The locals said their current contract expired March 3 and covers 47,000 Southern California workers at the four grocery chains, 16,000 of whom are Ralphs employees. According to the union, the retailers have proposed below-cost-of-living wage hikes and cashier wage reductions, and workers are concerned about health care plan funding.

“We value our customers and their families. We want our customers to know what is going on and let them know we are protesting, not just for our families, but their families, too,” Erika Bentzen, a Ralphs grocery worker in Thousand Oaks, said in a statement. “Already, customers have been expected to do more in the stores and have seen a reduction in the number of staff available to help them. It is important to me and my co-workers that shoppers have a good experience when they come to our stores. Ralphs can do better by them and our community.”

Ralphs announced that contract negotiations with UFCW officials throughout Southern California and the Central Coast resumed on Thursday. The Los Angeles-based chain noted that its current proposals would invest more than $108 million in wages, health care and pension benefits over the course of the contract.

“We have put forth a fair offer that honors our associates’ hard work and supports Ralphs’ investment strategy focused on long-term viability and success,” Ralphs President Mike Murphy said in a statement. “Our offer represents a balanced investment in our associates and our company’s future.”

According to Ralphs, every 5 cents above its current wage offer would mean another $3.6 million invested into 17,000-plus hourly workers over the term of the three-year contract. The company noted that its proposals — besides lifting employee income and preserving health benefits — protect their pension benefit, which it said 93% of Fortune 500 companies and most non-union retailers don’t offer.

“In the highly competitive retail grocery market in Southern California, Ralphs must have an agreement that affirms its commitment to associates, bolsters the company’s long-term success and ensures its continued presence in the community,” the retailer stated.

Ralphs described unionized food retail in California as being “at a crossroads.” The company cited a  March 2019 Strategic Resource Group report saying that unionized stores in Los Angeles County, Orange County and the Inland Empire have lost 10% market share to non-unionized grocery retailers over the past six years, and the share loss was 15% in San Diego County.