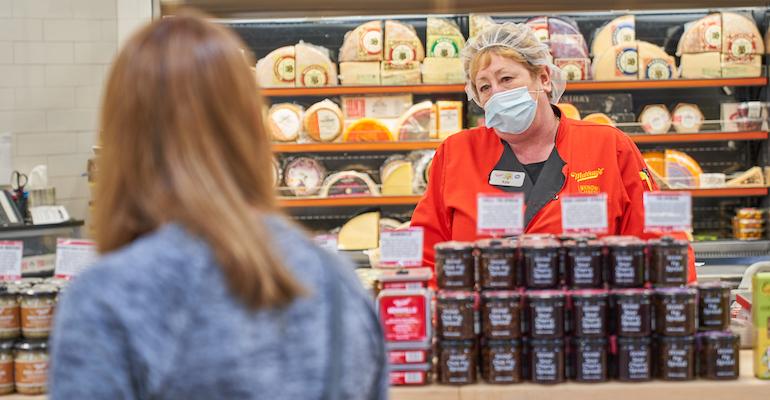 Kroger
For Kroger, the agreement to exit the UFCW national pension fund and move to a VAPP was ratified by 20 UFCW locals covering 33,000 associates across 14 divisions.
News>Retail & Financial

The three supermarket retailers announced the union approvals late yesterday. Under tentative agreements unveiled in July, plans call for the UFCW locals to transition to variable annuity-based pension plans from their current national plan. The board of trustees of the UFCW’s national pension fund had already signed off on the agreements when they were announced. Kroger and Stop & Shop worked with UFCW to create the UFCW and Employer’s Variable Annuity Pension Plan (VAPP) to provide future pension benefits.

Executives from Kroger, Albertsons and Stop & Shop said the shift to VAPPs will strengthen the security of pension benefits for UFCW members while mitigating financial risk for the companies concerning pension costs.

“We are pleased to reach an agreement that improves the security and stability of future benefits for our associates and modernizes our retirement benefits offering,” Gary Millerchip, chief financial officer at Kroger, said in a statement. “In an environment where pensions are faced with funding challenges, our strong financial position permits us to invest in our associates.”

"This agreement increases the contribution of grocery chains to employees' pension plan and will help to ensure that these hard-earned benefits will be there for our members when they retire," Perrone stated. "As COVID-19 cases skyrocket across the country, essential workers continue to serve their communities. Thousands of essential workers are still being exposed and infected every week as the hazards of this pandemic continue. Now more than ever, companies must invest in these hardworking men and women to ensure they have the hazard pay, essential benefits and strong financial security that they have earned as this pandemic rages on." 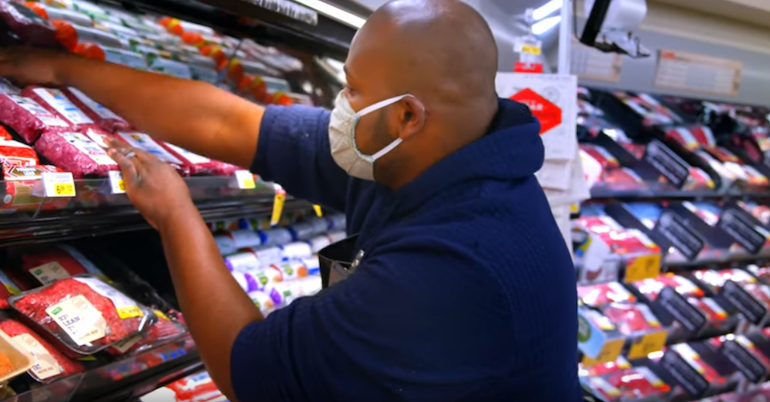 For Cincinnati-based Kroger, the agreement to exit the UFCW International Union-Industry Pension Fund and participate in the new VAPP was ratified by 20 UFCW locals covering 33,000 associates across 14 divisions. Kroger said it will pay a pretax withdrawal liability of $962 million to meet obligations for past service for associates and retirees in the national pension plan, as well as make a $27 million contribution to a transition reserve in the VAPP. On an after-tax basis, the withdrawal liability and contribution to the transition reserve are expected to total about $760 million, which will paid by installments to the national pension fund over the next three years.

Kroger noted that the agreement also sets a pension benefit formula for its contributions to the new plan through June 2028, fixing the terms of its collectively bargained pension obligation with the 20 UFCW locals for the next eight years and minimizing future exposure to market risk associated with the current plan.

“Kroger’s investment of nearly $1 billion to help secure and stabilize pensions for our associates is the most recent of several meaningful commitments we’ve made over the last decade to address the funding challenges facing associate pension plans,” according to Tim Massa, senior vice president and chief people officer at Kroger.

Albertsons said nine UFCW locals ratified the withdrawal from the national pension plan and migration to the VAPP.  The Boise, Idaho-based grocer said it will pay approximately $286 million ($213 million after tax) in withdrawal liability to the union’s national plan in three installments over the next three years as well as pre-fund a transition reserve in the new VAPP with a payment of $8 million.

“We are pleased with this agreement and value our partnership with UFCW to reach this positive outcome,” Albertsons Cos. President and CEO Vivek Sankaran stated. “We believe this protects past benefits earned and will provide quality future benefits for our employees, while reducing financial risk going forward.”

“We’re extremely pleased that this agreement has been ratified across the board,” Stop & Shop President Gordon Reid said in a statement. “By making this significant investment, we are doing the right thing for our associates who are dedicated to serving our customers every day.”