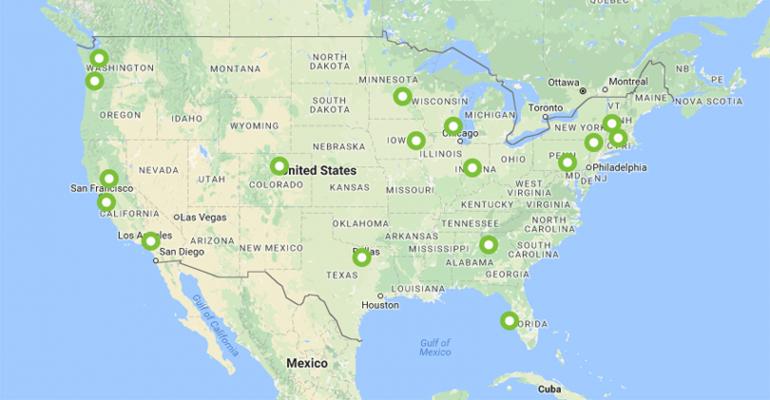 United Natural Foods’ response to encroachment on its core center store distribution business has begun to bear fruit — fresh fruit, to be precise.

Steven Spinner, CEO of the Providence, R.I.-based natural products distributor, said acquisitions of several specialty and perimeter product distributors over recent months has helped to grow the company’s fresh business to 15% of its total sales. This effort has been complemented by an internal reorganization of its sales and regional management teams that Spinner said has better positioned UNFI to take advantage of additional sales opportunities for existing and new retail customers.

“Three years ago, we made the strategic decision to shift our business from a focus on center of the store to capture the faster growing fresh and good-for-you proteins, specialty cheese, deli, and produce,” Spinner said. “This year, we have started to see the work and strategic investments behind this initiative pay off.”

Spinner made those remarks while reviewing fourth quarter and fiscal year financial results in a conference call late Monday. As previously reported, UNFI grew adjusted sales by 8% in the quarter, largely due to acquisitions to broaden its product and service offerings. Earnings-per-share also exceeded modest expectations, due primarily to the acquired businesses making up for challenges of a difficult retail sales environment for UNFI's customers.

“Overall, results were solid in light of the downward sales and earnings revisions coming out of some high-profile food retailers in recent days,” Shane Higgins, an analyst covering UNFI for Deutsche Bank Securities, said in a research note. “[Quarterly] results were relatively positive and the [fiscal 2017] outlook was upbeat.”

UNFI has been broadening its offering in response to the trend among conventional food stores to embrace the natural and organic products that were the one-time exclusive domain of UNFI’s core natural-food retail base. This includes additional investments in specialty, deli and cheese offerings and in conventional produce. Its string of recent acquisitions include the specialty foods distributor Haddon House, and regional fresh distributors Global Organic and Nor-Cal Produce, all made earlier this year.

Spinner said Nor-Cal would serve “as the basis for a drive toward a national conventional produce program,” which would work in concert with its Albert’s Organics organic produce division. Citing competitive reasons, Spinner declined to say precisely when or where it would expand conventional produce offerings but said the option would allow for UNFI’s customers to buy both varieties from them.

Asked to comment on the current competitive environment, Spinner said it was “hypercompetitive at the shelf,” and acknowledged a trend of lower basket sizes among its customers. Expectations that such conditions would continue were considered in the company’s fiscal 2017 sales and earnings guidance, calling for sales growth in a range of 11.3% to 13.3% and earnings per share growth of 1.2% to 5.2%.

Capital expenditures are expected to increased to a range of $55 million to $80 million, up from $41.4 million spent in fiscal 2016. The cap-ex figure in 2016, officials noted, was UNFI’s lowest as a percent of sales in five years.