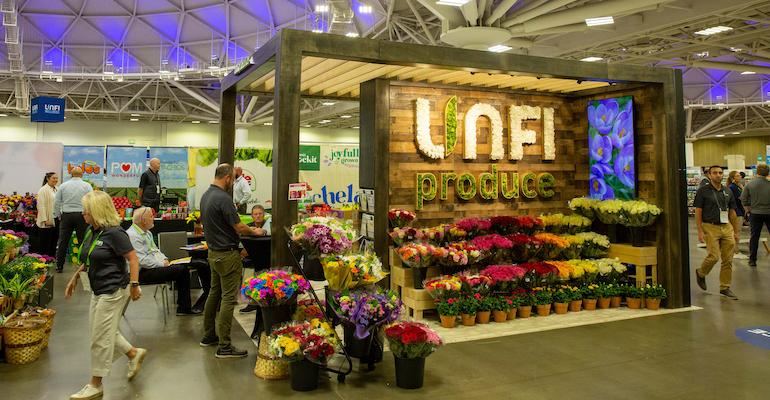 It was Christmas in July for United Natural Foods Inc. (UNFI) and its customers.

“Consistent with our objective to help our customers drive profitable and sustainable growth, our in-person shows demonstrate the unique ability we have through our scale, insights and innovative offerings to help retailers of all sizes and formats compete effectively in their marketplace,” UNFI CEO Sandy Douglas said in a statement. “Working alongside our suppliers, we help customers plan their store offerings, learn about new and exclusive products, manage supply challenges, and secure deals and promotions that drive sales and, ultimately, consumer loyalty.”

The Conventional Expo, one of five trade shows hosted annually by UNFI, ran July 19 to 21 and drew nearly 2,700 customers, including domestic and international retailers, and about 700 suppliers covering more than 200,000 square feet of exhibit space.

“In-person shows provide us a great ability to connect with suppliers, to see new products, develop merchandising strategies, and make plans for our retail stores,” commented Matt Leiseth, president of Hornbacher’s Foods, based in Moorhead, Minn., and part of Coborn’s Inc. “The UNFI Expo is one of the most important events we participate in annually and this year’s show, from new [UNFI] Brands+ products to seasonal buys, will help us prepare our stores for what we expect to be a busy holiday season.”

Among the highlights at the event, UNFI said, were the following:

• The introduction of UNFI’s Independent Grocer’s Guidebook, featuring best-in-class strategy and case studies from selected UNFI customers. The guidebook was created in partnership with AlixPartners, a global business consultant with expertise in grocery growth and operational excellence.

• A virtual show alternative attended by hundreds of customers.

“UNFI is an incredible partner and the customer turnout for this show has been fantastic,” stated Torrance Beard, senior director of sales at Battle Creek, Mich.-based Kellogg Co. “What makes this expo even more impactful is the return of face-to-face engagement with thousands of customers.”

UNFI also named Boyers Food Markets as the recipient of its 2022 Grand Master Marketer Award, the highest recognition given annually to a retailer who has demonstrated consistent performance and marketing excellence. Founded in 1949 and based in Orwigsburg, Pa., Boyers operates 19 full-service supermarkets in northeastern Pennsylvania. The Master Marketer Awards honor independent retailers for their achievements in merchandising, marketing, media advertising and community relations programs.