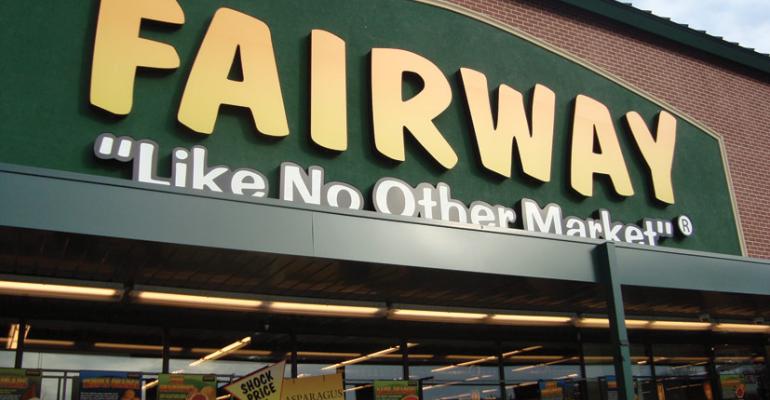 Urban Supermarkets on Agenda at ICSC

NEW YORK — Developers, landlords and retailers are looking to grow in dense urban markets, citing the potential for productive, differentiated units — and the profits and rents they can command.

The so-called “urbanization of retail” was a recurring theme among attendees and presenters at the International Council of Shopping Center’s New York National Conference held here this week. The ICSC is a trade association representing interests of retail shopping center developers.

Urban development trends reflect not only shifts in societal tastes — notably, the Millennial generation’s embrace of the urban landscapes their parents and grandparents may have fled — but of long-term studies suggesting populations in urban settings will continue to grow.

For food retailers, competing in urban spaces provides a host of logistic and construction challenges but provides the potential for profitable growth.

“Supermarkets have always had to adapt. Nowadays supermarkets have to adapt to the inner city,” Matthew P. Casey, a supermarket site analyst with Matthew P. Casey & Associates, Clark, N.J., said during a panel discussion. “That means they’re going to have be creative. It may mean they have to go vertical instead of horizontal. You may have to deal with an underground or above ground parking deck. You might not get the footprint you’re looking for and have to adapt to what’s available.”

Aaron Flieshaker, vice president of real estate and construction for Fairway Markets, described operating in tight urban spaces as “trying to fit 100 pounds of stuff in a 50-pound bag.”

“The urban customer is not coming in with a minivan,” Flieshaker said. “The average shopper is shopping for as much as they can carry home in two hands or fit in a baby carriage. They come more frequently. We see young customers who come in every day to buy their dinner.”

Fairway’s urban stores are two to three times more profitable than their suburban locations, Flieshaker noted, but not all locations will work for Fairway. Its store in Brooklyn’s Red Hook neighborhood succeeds in part due to a large parking field that few other borough locations have. “You’re talking about places where the main mode of transportation is bicycle.

Michael Weinstock, a regional market manager for M&T Bank, cited a PricewaterhouseCoopers study suggesting populations in urban settings would increase by 17% worldwide by 2050. “That tells you everything you need to know about density. Everyone’s going to have to deal with it.”

Tom Caputo, president of retail center owner and developer Equity One, said his company since 2009 has “recycled” its real estate portfolio, selling more than $1 billion in rural Southern shopping centers and investing more than $2 billion in denser markets — specifically in the Northeast, San Francisco and Los Angeles markets.

“If you can penetrate the markets with huge barriers to entry you can do incredibly well,” he said.

Some expansion-minded retailers are also looking to cities. The Vancouver, British Columbia-based restaurant chain Earls Kitchen and Bar is looking to urban markets in cities like Miami, Boston and Chicago. Earls is a “high energy” environment targeting Millennials who have demonstrated a “massive shift” in their expectations of a restaurant, according to Stephen Andrews, vice president of development for Earls.

“Nearly 50% of the restaurants in your centers are already irrelevant,” Andrews told developers in a presentation. “Millennials are less likely to have a plate with a starch, a protein and a vegetable. They’re looking for world flavors, fresh flavors, and a social experience that adds value to their lives.”