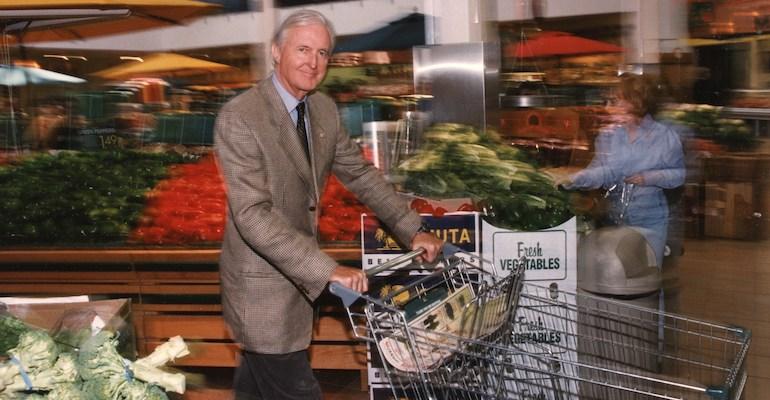 W. Galen Weston, former chairman and CEO of George Weston Ltd. (GWL), the parent of Loblaw Cos., Canada’s largest food and drug retailer, has died at age 80 after a long illness.

Toronto-based GWL said yesterday that Weston, chairman emeritus of the company, passed away at his home on April 12.

The British-born Weston retired as chairman of GWL in 2016 at age 75 and was succeeded by his son, Galen G. Weston, part of the family’s fourth generation of leaders. The elder Weston continued his lifelong commitment to philanthropy through the Weston Family Foundation, the Weston Brain Institute and other organizations.

Related: Weston to succeed father at helm of Loblaw parent

“My father’s greatest gift was inspiring those around him to achieve more than they thought possible,” Galen G. Weston, currently chairman and CEO of GWL, said in a statement. “In our business and in his life, he built a legacy of extraordinary accomplishment and joy.”

W. Galen Weston succeeded his father in assuming executive control of the company in 1974. During his tenure, he remade Loblaw into Canada’s top retailer and built Weston Foods into one of North America’s largest food processing companies. He also oversaw the introduction of some of Canada’s most innovative brands and retail concepts, including President’s Choice private labels, the Joe Fresh apparel brand, and the NoFrills and Real Canadian Superstore retail banners.

Alannah Weston, daughter of W. Galen Weston and the chair of Selfridges Group, commented, “The luxury retail industry has lost a great visionary. His energy electrified those of us who were lucky enough to work alongside him to reimagine what customer experience could be.”

Last month, GWL unveiled plans to divest Weston Foods, triggering a leadership shuffle at Loblaw. Plans call for Loblaw President Sarah Davis to retire on May 6 and be succeeded by Executive Chairman Galen Weston, who will become Loblaw’s chairman and president. Weston also will retain his current role as chairman and CEO at GWL.