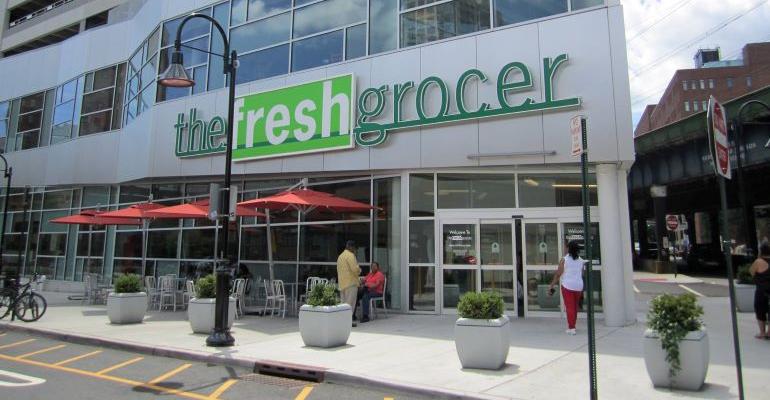 Wakefern Food Corp.
The Fresh Grocer will have 12 locations in Pennsylvania and New Jersey, including six in Philadelphia, with the addition of Nicholas Markets.
News>Retail & Financial

Wakefern Food Corp. grocery banner The Fresh Grocer is growing its store count by 50% and entering a new state with the addition of independent operator Nicholas Markets.

“My customers know they get a top-notch, specialty grocery shopping experience at our stores, and we will continue to provide all the things our customers know and love while adding new and exciting features as we rebrand to The Fresh Grocer,” Nicholas Markets President and CEO David Maniaci said in a statement. “This is an exciting next chapter in my family’s 77-year history in the grocery business. I want to thank shoppers for their ongoing support as we complete our rebranding efforts and make the change to The Fresh Grocer.”

Including those locations, The Fresh Grocer banner will have 12 stores in New Jersey and Pennsylvania. Currently, there are six Fresh Grocer supermarkets in Philadelphia and one apiece in Wynecote and Upper Darby, Pa. A Fresh Grocer store in Wilmington, Del., was closed late last year.

Previously an independent chain, The Fresh Grocer joined Wakefern as its 50th member in 2013.

Wakefern noted that Nicholas Markets’ customers sign up for The Fresh Grocer Price Plus Club card at any of the retailer’s four stores. New advertising circulars this month will feature special deals for the new Fresh Grocer locations. In addition, the stores will carry Wakefern’s popular Wholesome Pantry better-for-you private label as well as the new Bowl & Basket (grocery) and Paperbird (household) brands. Instacart same-day online grocery delivery service also will be available.