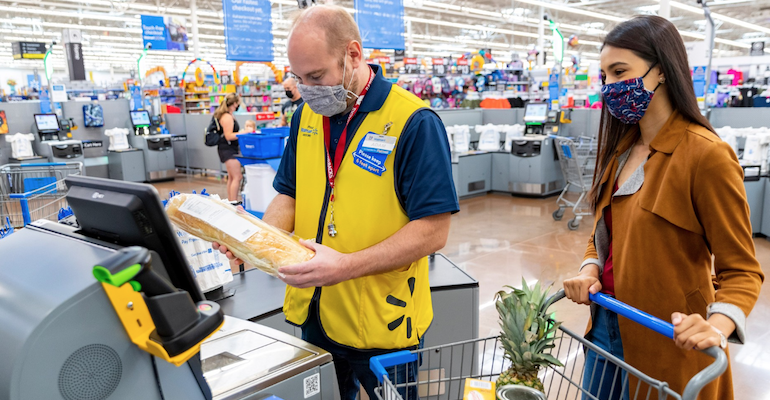 Walmart
Walmart U.S. Chief People Officer Julie Murphy said most of the hirings will be for permanent, full-time jobs across the country.
News>Retail & Financial

Walmart plans to hire about 150,000 new U.S. store associates in preparation for the holiday selling season.

Announcing the move in a blog post on Wednesday, Walmart U.S. Chief People Officer Julie Murphy said most of the hirings will be for permanent, full-time jobs nationwide. Available positions include in-store and e-commerce roles.

“We’re always looking to add great talent to our incredible team of dedicated associates,” Murphy said. “Before we know it, millions of customers will count on our team to help find those great gifts and holiday meals, and we’ll be ready. Many of our store associates like to pick up extra hours over the holiday season, and we’ll continue to offer those opportunities.”

With consumers embracing omnichannel shopping, the extra hands will enable Walmart to cater to the needs of both the brick-and-mortar and online customers during the seasonal rush, according to Murphy. “This will ensure we’re ready to help customers shop however they want, whether they’re in a store, using curbside pickup or shopping online,” she said. 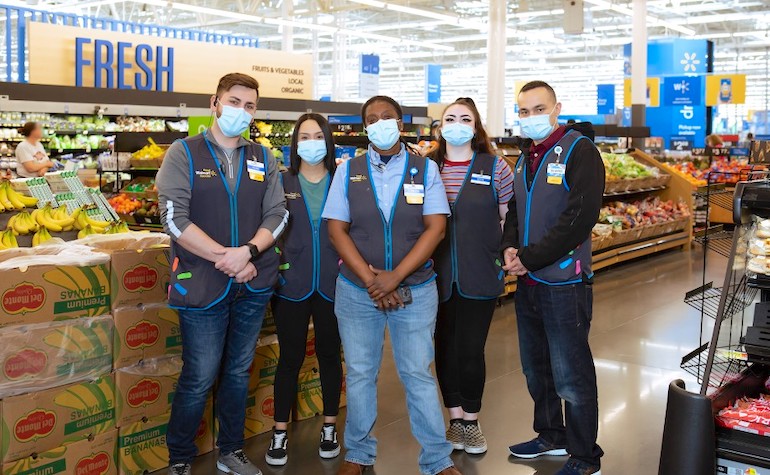 Bentonville, Ark.-based Walmart already has made a push to hire another 20,000 associates in supply chain positions, Murphy noted. “We also have a number of great opportunities within our office,” she added.

Murphy said in the blog that Walmart’s average U.S. hourly wage now stands at $16.40, and store positions can pay up to $34 an hour. Walmart previously reported that it pays supply chain associates an average hourly wage of $20.37.

Earlier this month, Walmart announced in a company memo that it would raise wages at least $1 an hour for more than 565,000 of its approximately 1.2 million store associates. The raises, effective Sept. 25, were earmarked for associates in the front-end, food and consumables, and general merchandise work groups.

The increase marked Walmart’s third wage hike in the past year. At Walmart’s 2021 Investment Community Meeting in February, President and CEO Doug McMillon noted that the company was boosting its investment in employee wages, lifting associates’ average hourly pay to over $15 an hour. That included plans to raise wages for another 425,000 frontline associates after hikes for 165,000 associates in the fall.

“Ultimately with wages, we’ll be competitive with the market,” Walmart U.S. President and CEO John Furner said Sept. 8 in a Q&A at the Barclays Global Consumer Staples Conference. “It’s a really large country, and wage rates are different all across the country. We’re really proud of the third investment we’ve made in our associates this year, the last year, the last four months.”

Walmart also has been working to shift more of its hourly store associates to full-time status. In April, the company said it aims for two-thirds of Walmart U.S.’ hourly store roles to be full-time by the end of its 2022 fiscal year.

“We offer competitive pay and a chance to move up the ladder quickly,” Murphy said in the blog. “Once associates are hired, there’s a path for everyone to build a career. We offer on-the-job training and classroom training to help our associates succeed and grow. Approximately 75% of our U.S. salaried store management teams began their Walmart careers in an hourly role.” This year, Walmart announced that it would pay 100% of the cost of college tuition and books for participants in its Live Better U tuition assistance program.