Greg Foran, the new U.S. CEO of Wal-Mart Stores, said Tuesday he was “reasonably happy” with recent sales trends and “cautiously optimistic” that the retailer would continue to build on that momentum during the holiday season. Foran made his remarks at a “Black Friday preview” event held for journalists at a Walmart Supercenter in North Bergen, N.J., Tuesday.

Officials of the retailer used the occasion to announce a plan to match or exceed the Black Friday deals of its competitors beginning later this week, while highlighting various initiatives it hopes will spark brisk sales in the remaining 30 days before Christmas. 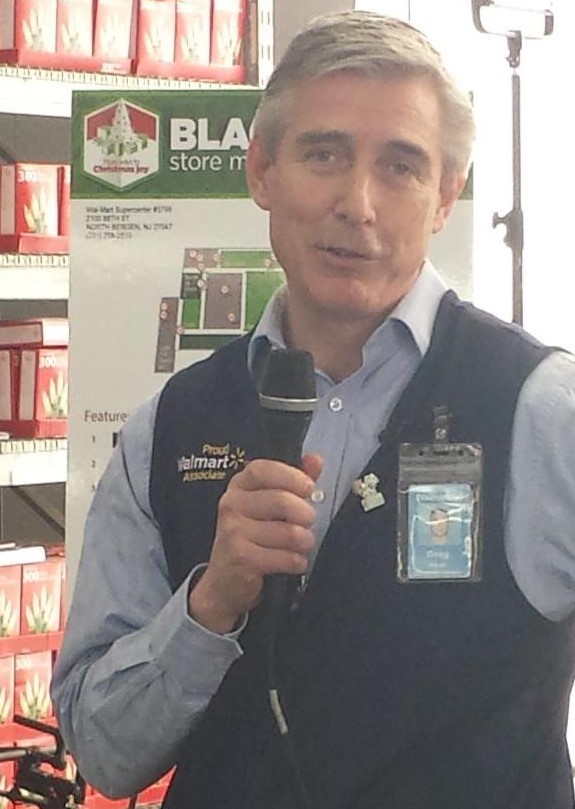 Foran, who took over Walmart’s top U.S. slot in August, is bracing for a competitive holiday season but insisted the retailer is going in prepared. “We’re going to have a good supply of merchandise through the business. We have no port issues, we’re in-stock and the price is exactly where we want it to be,” he said. “So I’m feeling cautiously optimistic that we’ll be ready to rock and roll.”

Foran said the chain would “obsess” over customer service. “We’re really serious about looking after our customers, and not just talking about it,” he said. “It’s always been a part of our DNA, but let’s do more than just lean into it. Let’s obsess with making sure that customers who shop at Walmart really do get fantastic service and are well looked after.”

Jeff McAllister, Walmart’s SVP of innovations, said the chain would assure more checkouts would be open, particularly during weekends and key shopping dates throughout the holiday season, saying that customers have identified checkout speed as a major element of the customer experience. He declined to quantify the expected increase in staffing from a year ago, however.

“If we can do anything to help people make their shopping experience better, they say, ‘Open more registers,’" McAllister said. “Well guess what — we’re going to open more registers this year than ever.”

Scott Neal, the company’s SVP of fresh, said stores were preparing for customers looking to entertain at home, saying Walmart would offer more unique and specialty items at good prices.

“Customers are looking for different flavors and bigger variety,” he said. “Our buyers have spent a tremendous amount of time traveling around the U.S. and the world, going to restaurants and going to food shows, trying to understand what they can bring to customers, and our customers are telling us they like what we’re doing.”

On reports of a recent memo circulated to store staff seeking improvements in handling of fresh departments, Neal told SN that was “101” food retail. Foran in previous remarks identified improvements in product rotation in fresh as part of “urgent agenda” items he said would help reduce costs.

“We have a long way to go in fresh,” Neal admitted. “The action agenda items are about how do we better service the customer, and as part of that we sent out a reminder that said now’s the time that we make sure we have our best foot forward.

"And those things he talked about as urgent agenda items, they are helping us serve the customer better and resulting in increased freshness.”