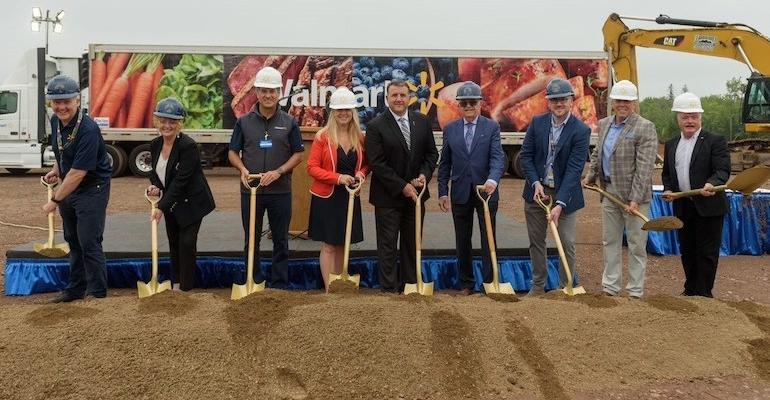 New Brunswick distribution center one of three to open by 2024

Next year, Walmart Canada plans to open a 223,000-square-foot distribution center for fresh and frozen food in Moncton, New Brunswick.

Mississauga, Ontario-based Walmart Canada broke ground on the new facility — its first Atlantic Canada DC — in a ceremony yesterday at the construction site on 135 Frenette Ave. in Moncton. Due to go into operation in fall 2022, the cold warehouse will provide fresh and frozen groceries to 43 Walmart stores in the region.

Plans call for the retailer to invest more than $56 million in the project, part of a $3.5 billion, five-year company growth initiative unveiled in the summer of 2020. That effort includes two other distribution centers under construction: a 300,000-square-foot DC in Surrey, British Columbia, due to open in 2022, and a 550,000-square-foot DC in Vaughan, Ontario, slated to open in 2024. 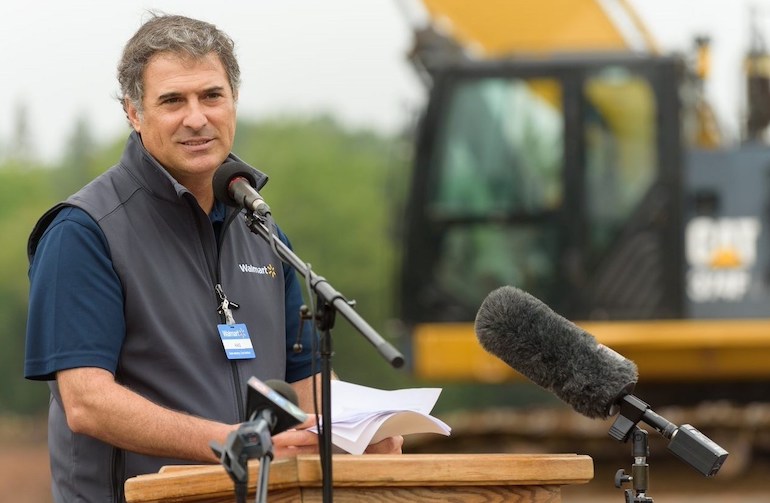 'Our new distribution center will be a game-changer for our customers, associates and suppliers in Atlantic Canada," Walmart Canada CEO Horacio Barbeito said at the Moncton DC groundbreaking event.

“We are thrilled to be making investments for growth in New Brunswick because we believe there’s a bright future for Walmart Canada in Atlantic Canada,” Horacio Barbeito, president and CEO of Walmart Canada, said in a statement. “This is an exciting time at Walmart Canada, as our new distribution center will be a game-changer for our customers, associates and suppliers in Atlantic Canada. We’re proud to work with local contractors and suppliers to develop a world-class supply chain that puts our customers first while protecting the planet.”

The Moncton project, sitting on nearly 19 acres of land, will create more than 200 jobs in the city and surrounding communities plus over 100 jobs inside the DC itself.

During the last 12 months, Walmart Canada has purchased over $400 million of products from 69 suppliers based in Atlantic Canada, including 22 located in New Brunswick.

"ADL is pleased to see investment in Atlantic Canada,” stated Chad Mann, CEO of Amalgamated Dairies Ltd., based in Prince Edward Island, Canada. "Access to this type of distribution capacity should open up more opportunities for local suppliers.”

Overall, Walmart Canada serves more than 1.2 million customers daily via its more than 400 stores, and its Walmart.ca online store is visited by more than 900,000 customers each daily. The company employs over 100,000 associates.