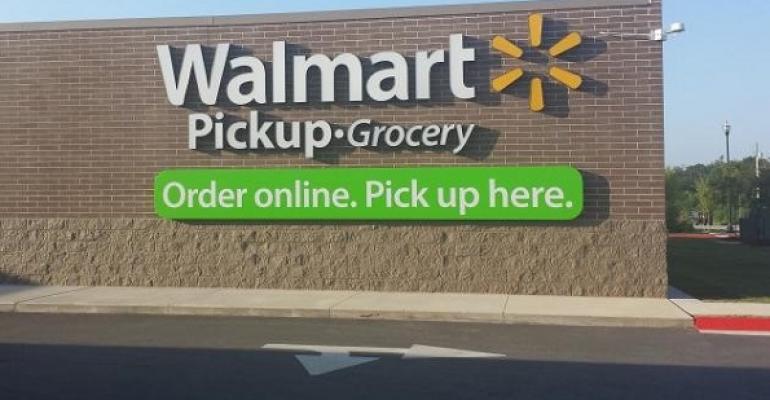 Walmart officials said Thursday that they were “delighted” with the performance of its nascent Grocery Pickup facility, but noted it was only one of several fronts under attack in an ongoing global war to win virtual food shopping.

The facility, which allows shoppers to place online grocery orders for drive-up retrieval in as little as two hours, opened near its Bentonville, Ark., headquarters eight months ago and remains under examination before officials commit to expanding the concept to additional sites or cities, Keiran Shanahan, VP of operations for Walmart.com, said during a presentation at the site as part of Walmart’s Shareholders Week events. 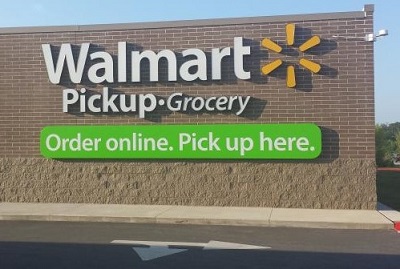 For now, Shanahan said, the facility is demonstrating one way to meet demand for more convenient online grocery shopping options, but it isn’t the only one. Walmart is testing online grocery in five U.S. cities including Bentonville, with options ranging from store pickup to delivery to trucks that bring orders to central places like office campuses. And in the U.K., where the click-and-collect effort by Walmart’s Asda unit inspired the Bentonville facility, tests have expanded to include a fully automated, self-service pickup unit set to open shortly.

“Our customers needs are changing very rapidly. They’re more digitally engaged than ever before. They have more choices than ever before. And they are telling us they want more convenience and more simplicity and that’s what we’re trying to achieve with this test,” Jane Ewing, SVP of central operations for Walmart U.S., said at the event. “We believe we’re uniquely positioned to allow our customers to shop how they want, where they want and when they want.”

The Grocery Pickup facility is also a testament to Walmart’s muscle and, officials said, what it is capable of when its forces align behind a single goal -- in this case, solving the mystery of convenient online grocery. “This is a great example of all the different parts of Walmart coming together and going from idea to execution in less than 30 weeks,” Ewing said.

Details of the performance, for now, remain a mystery. Ewing and Shanahan declined to comment on questions regarding average basket size, or even the number of skus the facility offers -- Ewing said “several thousand,” augmented by items from Walmart.com which can also be delivered to the facility for takeout. Facility manager Emily Martinez said one customer ordered and received a swimming pool at the site last week.

Asked about opening additional units, Shanahan said: “We want to explore more tests. Making sure it’s right for the customers is our most important goal, and then operationalizing it. We’re still working through those [tests]. We want to have the best experience for the customers. We’re delighted with the service so far.” 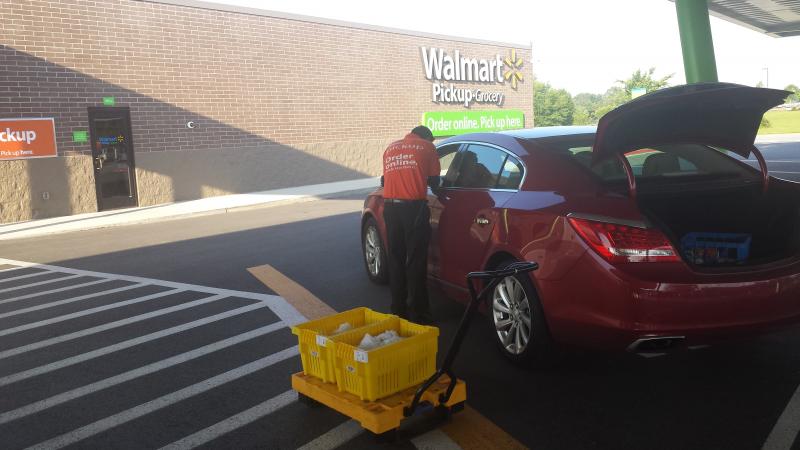 In a separate presentation Thursday, Neil Ashe, president and CEO of Walmart global e-commerce, acknowledged that consumer demand for online grocery shopping has improved in recent years but that market density issues that stymied home delivery as a solution had driven the company to pursue pickup as a more effective means of solving the issue.

“The customer has demonstrated a desire for e-commerce grocery that hadn’t been proven [in 2013], but density hasn’t changed much,” he acknowledged. “So we’ve had a tremendous amount of success with pickup in our markets in Denver, Phoenix, Huntsville and here in Northwest Arkansas. That solves a tremendous problem for the customer and helps us down the path for e-commerce for groceries…. We’ll continue to drive delivery as we get to density in places like Denver, but we feel good about where we’re going right now.”