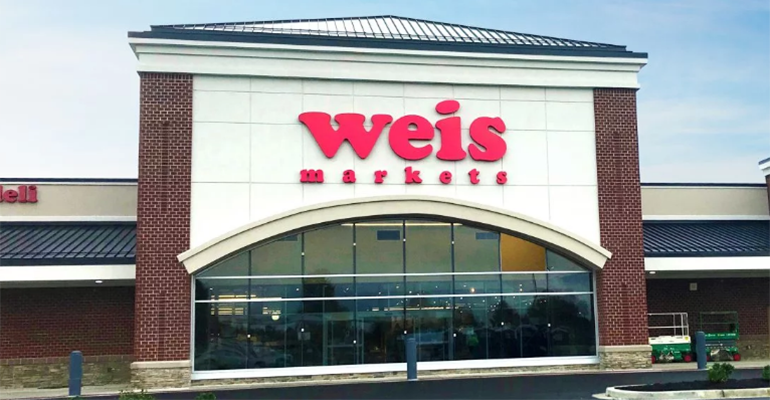 Weis Markets Inc. said store-level initiatives helped the company finish its 2018 fiscal year with a sales gain, including a jump in online sales.

At the bottom line, the Sunbury, Pa.-based regional grocer cycled through a prior-year income tax benefit from federal tax reform, which resulted in net earnings declines for the fourth quarter and full year.

The retailer attributed the net and comparable-store sales gains to targeted holiday promotions through its loyalty card program, along with improved store-level efficiencies, inventory management and price optimization.

Fourth-quarter net income totaled just over $13.2 million, or 49 cents per share, compared with $26.9 million, or $2.37 per share, a year ago. Weis Markets noted that in 2017 it saw a $49.3 million decrease in deferred income tax due to the enactment of the federal Tax Cuts and Jobs Act, which boosted fourth-quarter and full-year earnings. The 2018 had no such benefit, which accounted for the negative year-over-year comparison, the company said.

"We made significant forward progress in 2018 by driving sales, investing in our store base and information technology and by improving store-level efficiencies. The result was a 9.4% increase in annual operating income and increased comparable-store sales in 2018," Weis Markets Chairman and CEO Jonathan Weis said in a statement.

“During the year, we also expanded online ordering with in-store pickup and home delivery to 173 stores, which resulted in more than 100,000 orders and a 33.2% increase in online sales,” he added.

The Weis 2 Go click-and-collect service is available at 89 stores, where customers pick up online grocery orders at a designated drive-through area. Weis Markets partners with Shipt for home delivery and now offers the service through 173 stores.