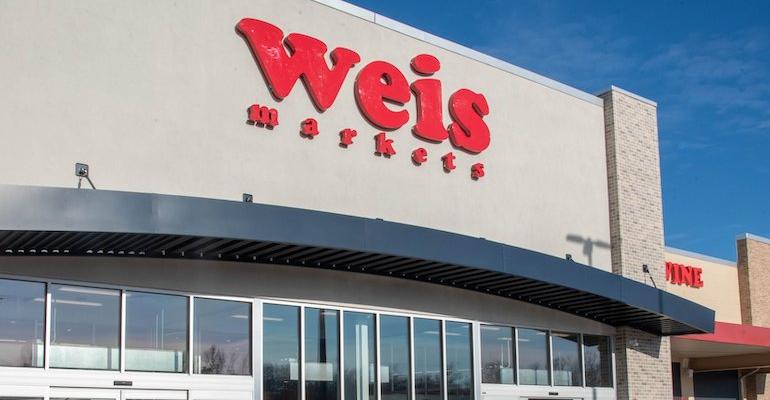 Weis Markets
Weis Markets is funneling most of its capex dollars toward store renovations, though the chain has already opened one new store this year.
News>Retail & Financial

Regional grocer Weis Markets is allocating $135 million for capital expenditures in 2021, bolstered by more than 16% net and comparable sales growth in fiscal 2020.

Plans call for eight store renovations and eight new fuel stations to be added in 2021. Some of the projects may not be completed until 2022, Weis Markets reported.

“Already this year, we’ve opened a new store in Martinsburg, W.Va., and a remodeled store in Gap, Pa., which was closed for 18 months due to a fire,” Weis said in a statement. “We are currently finishing up work on two stores in the Lehigh Valley, Pa., which will open later this spring, and have started work on a new store in Warminster, Pa., our second in Bucks County.”

The 46,500 square-foot store in Gap, which reopened on April 22, features a larger produce department, a new meal solutions center, an updated exterior, new interior décor, expanded variety in the natural and organic sections, a larger pharmacy with consult room, and Weis 2 Go Online ordering with curbside pickup and delivery. All checkout lanes are self-checkout or dual-use. Previously 45,000 square feet, the store closed after a fire in November 2019. 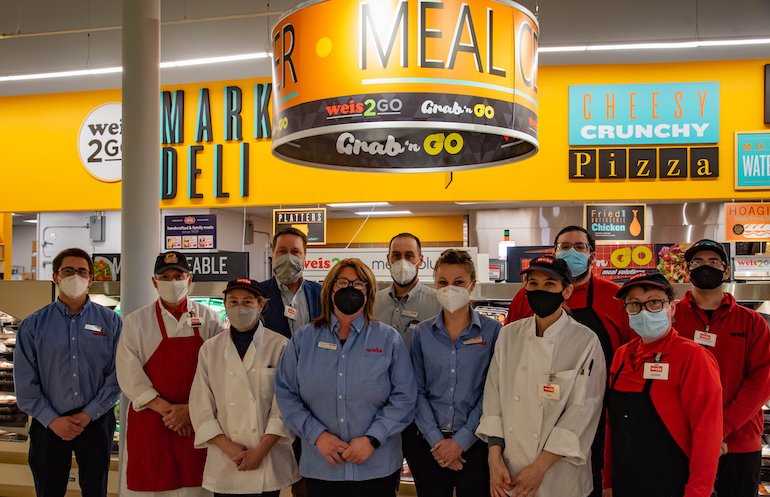 Less than two weeks ago, Weis Markets reopened its revamped store in Gap, Pa., which had closed in November 2019 due to a fire.

Weis Markets opened the Martinsburg store on Feb. 4. Sized at 66,000 square feet, the new supermarket houses an expansive produce department, including a wide selection of organic produce; a beer and wine department; a full-service seafood department with lobster tank; a full-service meat department featuring Certified Angus Beef that’s custom cut on premises; sushi prepared in-store daily; a deli department with a meal center; and an organic and natural food store-within-a-store. Also at the store are 13 self-scan checkout lanes (including one in the deli), a full-service pharmacy, a fuel station, and Weis 2 Go Online delivery and curbside pickup. 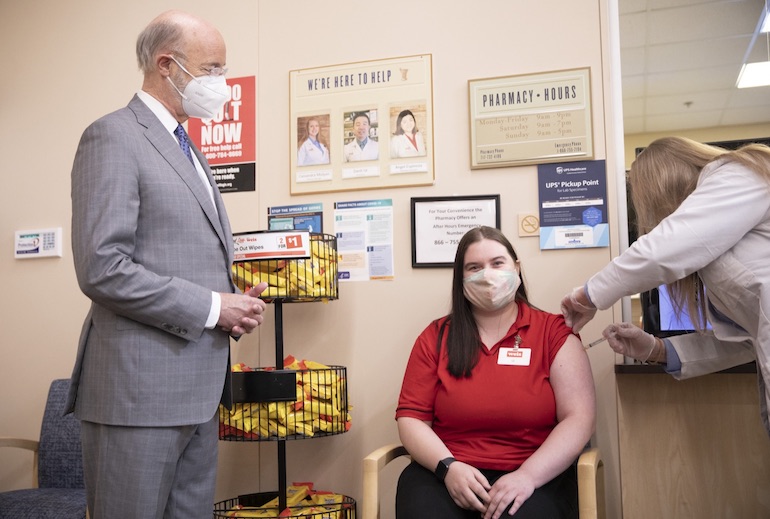 Weis also discussed the impact of the COVID-19 pandemic and hailed the company’s pharmacy team, which has vaccinated more than 145,000 people in Pennsylvania, New York, West Virginia and New Jersey since late January.

“We are awed by the efforts of those who work in retail, most especially our Weis associates who took care of our customers during challenging times,” Weis told shareholders. “They are among the unsung heroes of the past year.”

This month, Weis Markets plans to permanently close its Anthra Plaza store in Coal Township, Pa. Most associates at the store are transferring to the Walnut Street location in Shamokin, Pa., which reopened on Nov. 19 after an extensive remodel. The chain said business has continued to shift to the Walnut Street store since its upgrade, whose first phase included expanded deli, pharmacy and frozen departments; new décor; a larger assortment throughout the store; and an enhanced exterior. For the second phase, due for completion this year, the retailer plans to add a six- pump fuel center on an adjacent site.