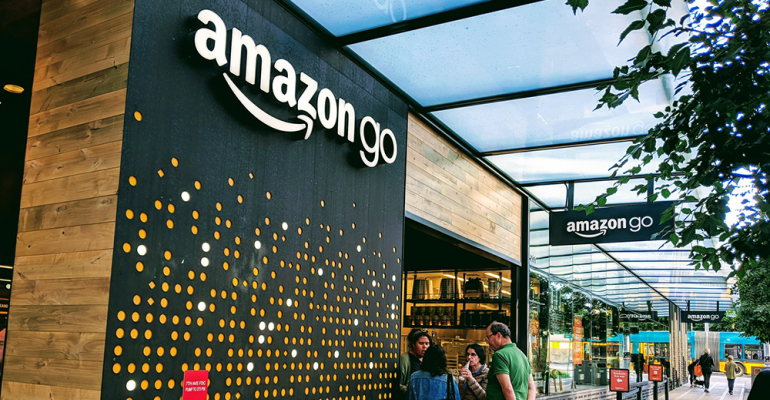 A cursory glance at Amazon’s latest financials could raise an eyebrow for natural products executives taught to fear the world’s most relentless and innovative e-tailer. In its fourth quarter ended December 31, 2018, Amazon reported a 3% year-over-year decline in “physical store” sales, the company’s category now heavily dominated by its Whole Foods Market. At $4.4 billion, physical store sales may pale in comparison to the same quarter’s online sales of $40 billion, but even a 3% blow to this division could be concerning to Wall Street and retail strategists looking to Amazon’s march into brick-and-mortar as a key driver of the company’s ongoing success.

That march proceeds unabated, however. After reconciling Whole Foods’ accounting calendar to the mothership’s and adjusting for some intersegment reporting of sales between Prime Now and Whole Foods, that 3% drop becomes a 6% increase. Growth, not decline; and this growth comes despite $28 billion in 2018 investments from most of the leading retailers (according to research from e-commerce startup CommonSense), seeking to compete with Amazon on any number of fronts, from delivery and click-and-collect to cashless and free sampling. It’s like Amazon has begun to crack the code on grocery, and everyone’s struggling to play catch-up.

It truly is an omnichannel game now, and Amazon is, unsurprisingly, playing it well.

In early 2019, reports emerged of a major growth spurt for the Whole Foods brand, with Amazon giving the green light to new locations in new states and suburbs. Rumors persist that “second generation space” from abandoned Kmart and Sears department stores might serve as co-location opportunities for warehousing and storefronts built together in a further mingling of the Amazon and Whole Foods brands. With the overall culture shift to e-commerce, retail experts have warned of oversupply in physical retail space for years—space no longer fit for purpose—and Amazon seems to have an idea for how best to right that imbalance.

In addition to the growing number of stores and store concepts now in market, Amazon also course corrected the Whole Foods brand by abandoning the 365 store format. Rob Principe, director of the online channel at Blue Dog Bakery and former internet account director at MegaFood, agrees with the shift, calling the 365 stores a horrible idea. “They built those concept stores to compete with Trader Joe’s and Sprouts, with similar product selection at a lesser shopping experience. Go the opposite direction, be more Whole Foods, be more pretentious. Offer valet parking, salon services, dietician services. People couldn’t wait for that kind of retail experience. Who opens a store and there are lines out the door … for groceries?”

Accordingly, Principe sees more core stores as a great idea, but he’s quick to point out that Whole Foods is but one weapon in Amazon’s brick-and-mortar arsenal. Analysts expect 3,000 Amazon Go cashierless stores by 2021. It’s this everything-happening-at-once that ultimately stands to disrupt grocery, and only a player like Amazon can execute it at scale. “Amazon will prove that brick-and-mortar is not dead, but you need to change up your game,” says Principe. “Publix puts my groceries in my trunk now. Amazon makes everyone step up their game.”

To approach business like Bezos, start with the assumption that customer satisfaction equates to lowest price and lots of convenience. Amazon was one of the first to buck the either/or proposition that a retailer could deliver on price or on convenience and experience, but not both. “What we have to remember about Amazon is that they have a relentless dissatisfaction with the status quo,” says Natalie Berg, founder of the retail consultancy NBK Retail, and co-author of the new book Amazon: How the World’s Most Relentless Retailer Will Continue to Revolutionize Commerce. “So when they look at the in-store experience, they immediately see friction—shoppers waiting in line at the checkout, shoppers struggling to find products on shelves, blanket discounting, etc. Stores are ripe for disruption, and no one loves a challenge like Amazon.”

For a glimpse of what that disruption might come to look like, grab your globe. Berg believes that Amazon will never crack the grocery sector without stores, and that this is the company’s experimentation phase in brick-and-mortar. “They’ll take their time, tinkering with various ideas until they find a scaleable concept that they can export globally. You only need to look at what Alibaba and JD are doing in China to see how Amazon plans to disrupt grocery retailing.”

This means taking all the chores out of grocery shopping. Chinese e-tailers are building terrestrial stores full of automation that serve double billing as mini-warehouses for same-day delivery. As a bonus, the physical store can also serve as an additional hub for collections and returns. “Online returns are a ticking time bomb,” says Berg. “Amazon will look to address this with a greater physical presence.”

“Grocery is attractive to Amazon because of the frequency element,” says Berg. Especially if the company can demand Prime membership for online grocery purchase. “We all need to eat, we all buy groceries every week. If Amazon can reach customers on a weekly basis, then those customers are more likely to wear Prime blinders and make Amazon their first port of call for everything else. This is why Amazon’s move into grocery should worry all retailers, not just supermarkets.”

But not everyone is worried. “Amazon has the luxury of trying and failing in unlimited ways,” says Alan Lewis, director of special projects at Natural Grocers by Vitamin Cottage. “Losing tens of millions of dollars in sunk costs on a failed initiative makes no difference to Bezos. He will eventually profit from what he learned and doesn’t have to disclose to anyone what the full cost was. It seems like he is trying everything at once, looking to see what sticks.”

Lewis is a wily veteran of grocery and sees the competitive landscape as one in which every competitor is now innovating aggressively according to their own strategies, and Bezos is just the newest kid on the block. “Bezos is the underdog,” he says. “Amazon may simply walk away from food. Its model is not compatible with an industry that struggles to obtain a 1% net profit. He has a few hundred more brick-and-mortar distribution points after acquiring Whole Foods, but it’s unlikely he can reconfigure that grocery infrastructure into significant logistics hubs for e-commerce without severely damaging the stores’ core grocery business. You can’t turn a Prius into a tractor-trailer.”

Hungry young brands are also working their own innovation plans that one-up the Amazon experience. The functional beverage brand Dirty Lemon launched via Instagram with order fulfillment exclusively via text message, and now it’s building out storefronts too. “We’re learning how powerful offline interactions are to expand and strengthen brand loyalty,” says Zak Normandin, founder and CEO of Iris Nova, the parent company to Dirty Lemon and a new cashierless retail concept called The Drug Store. “The strategy of The Drug Store is focused on long-term community building and the natural social sharing that occurs from these experiences, which is why the stores are permanent,” he says. “Also, we’re building full cocktail bars behind every cashierless shop, which we’re using as a place to experiment and test beverage concepts before launching them on a national level.”

Without those kinds of innovations, opportunities could be lost—and the premium end of the dietary supplements market has already suffered its fair share from Amazon. “I’ve seen prices drop, I’ve seen supplement brands kicked out of Whole Foods entirely,” says Principe. “The premium brands seem to go on promo a lot, and that’s most likely not coming out of Amazon’s margins. It’s tough to sell a $50 multi on shelf when the retailer is so focused on price.” The name of the game here is compression, as Amazon has turned Whole Foods’ buying program into much more of a mass model, with less reliance on relationships, longevity in the industry, or even quality.

Moving toward Amazon’s approach to supplements could get dicey for Whole Foods. “Amazon seems to have no functioning standards for the products it sells, except for ‘don’t get caught’ and the sketchy reviews and comments submitted by users,” says Lewis. “It can do quite a lot of damage to the reputation of dietary supplements by selling brands and SKUs that are adulterated, contain dangerous materials, are contaminated with pathogens, or don’t contain the substance they claim in the amount the label says.”

For the next 12 months, Berg expects more baby steps for Amazon in brick-and-mortar, with international expansion of Amazon Go and a national roll-out of Prime Now as the focus. “Checkout-free stores and one- to two-hour delivery are where Amazon can have the biggest impact in the short term,” says Berg. In the long term, she expects Amazon to acquire a large European supermarket to further scale its physical store strategy.

In the meantime, expect slow and steady progress. “Amazon’s pace of innovation may be relentless, but when it comes to implementation, Amazon is notoriously methodical,” she says. “They tested Amazon Fresh in Seattle for five years before rolling it out to other cities. The jury is still out as to whether Amazon can do one of the most fundamental things in retailing—run stores.”

Principe would tend to agree. “Grocery is still grocery,” he says. “Anyone will have a hard time getting the majority of grocery. Amazon bought 430 Whole Foods stores nationwide, but Publix has 800 in six states, and even that’s a small chain. It’s a real struggle to make a dent. There’s no overnight win here.”

Analysts see these low penetration rates as plenty of opportunity for growth in brick-and-mortar, especially in light of the shipping risks involved in Amazon’s online business. Case in point: when the US Postal Service announced its latest rate hike, Wall Street estimated a $1 billion impact to Amazon’s 2019 profits.

In reading the tea leaves around Amazon’s march into physical retail, consider these final five friction points with the potential for backlash among consumers.

#1. Are prices really that low? Amazon made a splash after closing on Whole Foods by slashing prices on mainstays—avocados dropped from $2.49 per to $1.49—but was it all for the publicity? “My test basket of random Whole Foods items costs only 1.3% less than before the sale,” says Lewis. “That is hardly noticeable to most consumers.”

#2. More personality, more soul. With an expansion of Whole Foods now on the table, does the brand still curry enough favor to make a splash? “Shoppers perceptions have certainly changed,” says Lewis. “The stores no longer feel special. The selection has been reduced and standardized, and the staff don’t seem to have much energy or passion for food—let alone organic food.”

#3. Solve for convenience. Some of the press-grabbing moves by Amazon into brick-and-mortar may not address the right problems. “Amazon Go stores do not offer a solution to get products to consumers faster,” says Normandin. “The problem to solve for is speed and convenience.”

#4. People like to shop. Eliminating interactions with customers doesn’t scare experts in grocery who welcome those interactions. “For an industry that is keenly focused on the customer experience, it’s not very threatening when a newcomer like Amazon wants to eliminate customer interaction altogether,” says Lewis. “If there is a demographic for heartless food retail, everyone in the industry can create that experience even easier than Amazon can.”

#5. Peak Amazon. How much Amazon is too much Amazon? “Not everything Amazon touches turns to gold, and the jury is still out as to whether Amazon can crack grocery,” says Berg. “I feel that we’re inching closer to ‘Peak Amazon’ and their move into grocery—a high-frequency purchase—may ultimately result in consumer backlash. Shoppers will sacrifice a lot for convenience, but will they really accept Amazon groceries delivered to them each week when they’re already listening to music and watching videos through Amazon, when Amazon has taken up physical real estate in the home via Echo devices and Dash buttons, and when Amazon is moving further into new sectors like healthcare, banking, and home security?”