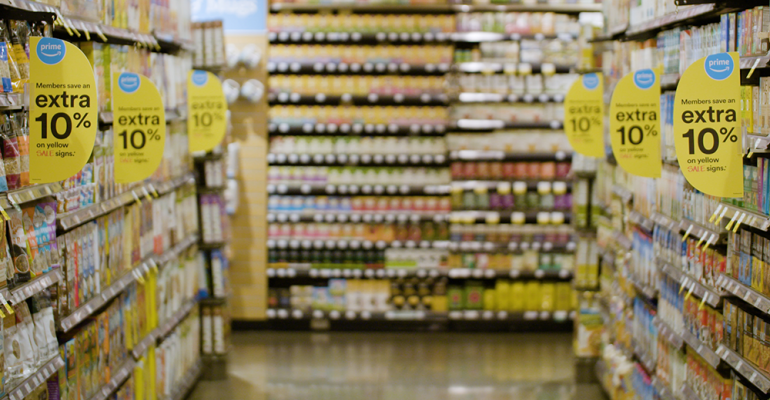 What’s coming up next from Amazon?

Getting food, groceries and medications to more consumers more easily is on the list of Amazon.com Inc.’s next moves as the new year unfolds, according to e-commerce specialist Edge by Ascential.

Edge’s “11 Predictions for Amazon in 2019” report, released this week, looks at what may be upcoming from Amazon over the next 24 months, including the beginning of longer-term strategies. 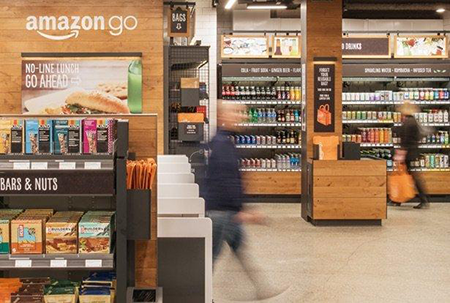 Along with a major expansion of Amazon Go, Amazon also may license the concept's Just Walk Out technology.

“Amazon is still a long way off from where they had hoped grocery sales would be by now,” Edge said in the report. “Of the roughly $3 billion in sales on Amazon.com, nearly half fell under the coffee or cold beverages category, and most other sales were for non-perishables like snacks and cereals. Amazon has spent years trying to expand grocery beyond these limited categories and get fresh food off the ground, but with little success. Programs like Prime Pantry and Amazon Fresh have failed to convince shoppers to turn to Amazon for their fruit, vegetables, meat and other perishables.”

Driving Amazon’s expansion in grocery will be the addition of more Whole Foods and Amazon Go stores, Edge said. Its analysis cited published reports projecting more U.S. openings of Whole Foods and the cashierless Amazon Go stores, with the latter popping up in new types of locations such as airports and growing to as many as 3,000 outlets over the next several years. The first nine Amazon Go locations reportedly generate 50% more sales per store than traditional convenience stores.

Seattle-based Amazon is stepping up its commitment to brick-and-mortar in grocery because that’s what shoppers demand and consumers will end up spending more time at its properties, whether they be offline or online, Edge noted.

“Amazon has no intention of giving up on fresh food; they just need to change their strategy,” the report said. “We predict that Amazon is finally going to discontinue the sub-par Pantry service — or at least merge it into another program like Prime Now or Fresh — and go all in on brick-and-mortar grocery sales. Consumers still value their ability to see, touch and smell before buying, so why not give them what they want?”

In the medium-term, supermarket pharmacies and drug chains also could see encroachment from Amazon following its June 2018 acquisition on online pharmacy PillPack. 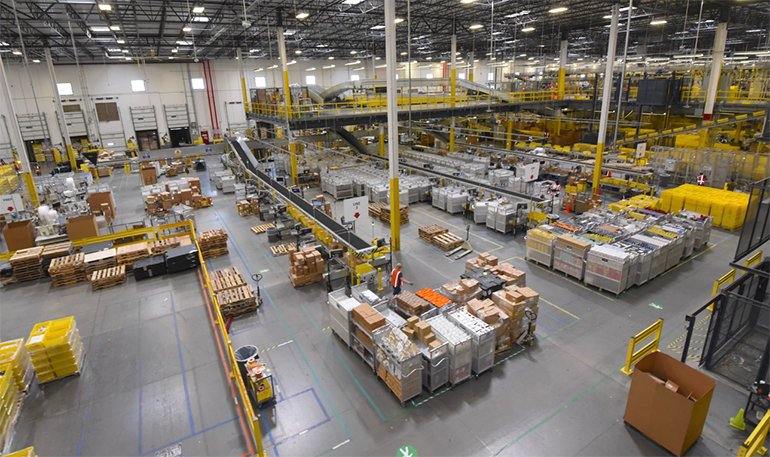 Amazon also may further monetize its tech prowess in distribution and logistics, including in last-mile delivery.

Besides offering patients more convenience by delivering a 14-day supply of prescriptions divided into daily packets, PillPack is licensed to sell pharmaceuticals in all 50 states, solving a key challenge for Amazon’s pharmacy market aspirations, Edge pointed out. Amazon, too, has made strides in retail health care with the launch of its Basic Care brand of over-the-counter medicines, produced by drugmaker Perrigo.

“We predict that Amazon will soon integrate the PillPack pharmacy services with the main marketplace. When that happens, this new flow of medically motivated consumers will pose an opportunity for Amazon to upsell other health care items, including its private-label OTC medications but also medical equipment, supplements, and nutrition and wellness products,” the report said.

What’s more, Amazon may be laying the groundwork to enter the health benefits marketplace in the wake of the alliance it announced with Berkshire Hathaway and JPMorgan Chase last January. Under the initiative, the companies aim to provide employees with affordable health insurance.

Edge forecasts major expansions in grocery and health care by Amazon to take place within the next two to three years.

"Amazon is very methodical," explained Pete Andrews, director of insights at Boston-based Edge by Ascential. "If you're paying attention — and we are — nothing they do will come as a total shock. Whether it's an acquisition, a private-brand expansion or the monetization of one of its proprietary technologies, any major announcement will be preceded by months or years of data collection and testing.

Among other predictions, Edge expects Amazon within a year to introduce a major search algorithm update and “significant” innovation in the display segment of Alexa to address minimal adoption as a shopping channel. And within the next five years, Amazon likely will monetize its proprietary technologies and infrastructure, including Go, Alexa and its distribution network.

More acquisitions also may be upcoming internationally and domestically, possibly in retail segments like apparel (Edge named Amazon partner Kohl’s as a potential candidate) as well as in logistics.

"Once Amazon's last-mile capabilities are fully established, they will not shy away from competing for business with legacy distribution players," commented Chris Perry, vice president of global executive education at Edge. "Similar to how the AWS [Amazon Web Services] infrastructure was originally built to support Amazon's digital ecosystem and later monetized as a cloud computing platform, Amazon's physical infrastructure, built to support its supply chain and fulfillment, will eventually be sold to brands and retailers as a logistics solution.