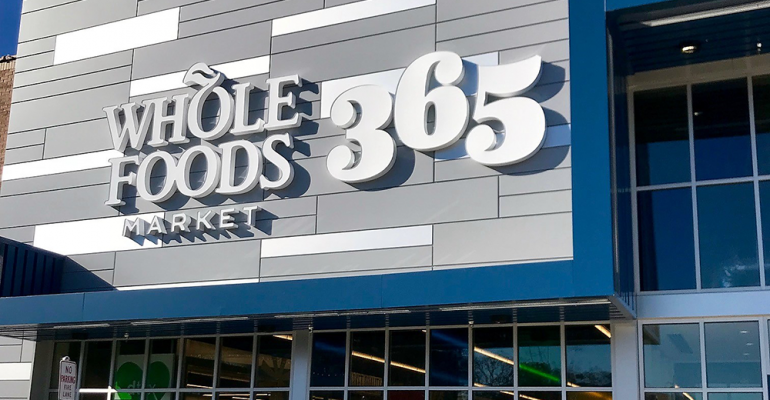 Pair of new stores expands concept to a dozen locations

Compared with conventional Whole Foods supermarkets, which average around 38,000 square feet and can range up to 50,000 square feet, the 365 stores run about 25,000 to 30,000 square feet. The smaller format also carries about 7,000 SKUs, less than half of the 20,000-plus SKUs at full-size Whole Foods stores, and doesn’t include full-service departments such as deli or bakery.

In addition, the 365 banner features lower prices than the typical Whole Foods, which was billed as a key element of the concept when it launched in 2016. The combination of cheaper prices and smaller size, as well as a local flavor, is seen as opening up more expansion possibilities for the format in terms of space and location. 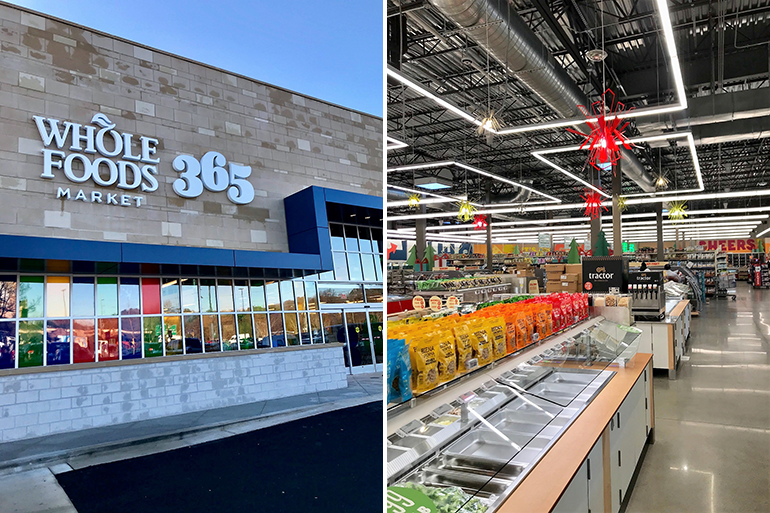 The new 365 store in the Buckhead section of Atlanta, inside and out.

“We’re excited to introduce the Decatur and Northside Buckhead communities to the Whole Foods Market 365 concept, offering the very best quality food at low prices,” Jeff Turnas, president of Whole Foods Market 365, said in a statement. “We have taken all we have learned about combining convenience and customer experience and created what we believe are two of our most exciting stores.”

The Decatur and Buckhead locations are part of the Friends of Whole Foods Market program, which brings unique, locally based beverage and dining experiences in-store via partnerships with outside chefs and culinary and lifestyle brands. Whole Foods said All Friends partners operate as independent shops inside its stores and share the retailer’s high quality standards.

Also in the Decatur store is Pour de Leon, a beverage, dining and gathering venue for all ages, with the name inspired by Atlanta's Ponce de Leon Avenue. The outlet offers locally and nationally sourced beers, wines and ciders on tap, hot bar bites with dipping sauces and grab-and-go prepared foods — as well as free classic arcade games. 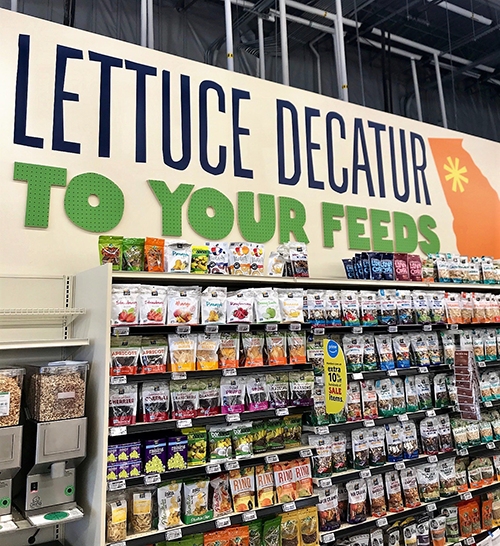 Slated to open early next year in both the Decatur and Buckhead stores is Loteria Grill, an authentic Mexican restaurant, Loteria Grill led by chef Jimmy Shaw. Whole Foods said the eateries will be Los Angeles-based Loteria’s first Atlanta-area locations. Offerings will include appetizers, tacos, enchiladas and seasonal specials; vegetarian, vegan and gluten-free options; a coffee bar; and beer, wine and cocktails.

Both of the new 365 stores offer more than 200 organic produce items and pre-cut vegetables, such as zucchini noodles and riced cauliflower; fresh meat and seafood, including specialty cuts, value packs and marinated items; and over 75 grab-and-go artisanal cheeses. Hot and cold bars enable shoppers to build their own salads and pick up ready-made wraps, sushi, Detroit-style square pizza by the slice, sandwiches, pastas, soups and breakfast tacos.

“This is an exciting opportunity for Whole Foods Market to serve more communities in Atlanta,” said Bobby Turner, president of Whole Foods Market’s South region. “Not only are we bringing high-quality products at great prices with the Decatur and Buckhead stores, but we’re also thrilled to be employing 200 people from the local communities between the two.”