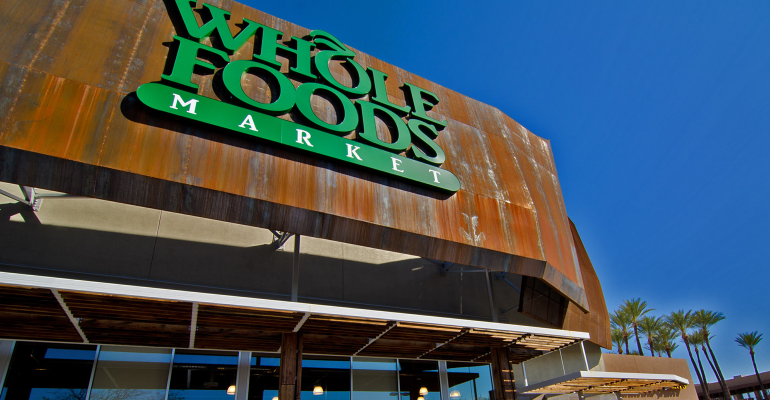 Specialty grocer says change will impact less than 2% of employees

Whole Foods Market has confirmed that it plans to eliminate health care benefits for part-time workers constituting nearly 2% of its workforce.

Under the move, employees who work at least 20 hours but less than 30 hours per week won’t be able to enroll in company-provided medical benefits effective Jan. 1. A Whole Foods spokeswoman said in an email Friday that less than 2% of the Austin, Texas-based retailer’s employees currently buy into benefits offered via the company’s health plan.

“In order to better meet the needs of our business and create a more equitable and efficient scheduling model, we are moving to a single-tier, part-time structure,” Whole Foods said in a statement. “The small percentage of part-time team members in the second tier who previously opted into medical benefits through Whole Foods Market’s health care plan — less than 2% of our total workforce — will no longer be eligible to buy into medical coverage through the company.”

News of the planned benefits cut emerged yesterday in a report by BusinessInsider, which estimated that the move would impact about 1,900 of Whole Foods’ 95,000 employees.

“Amazon’s plan to cut health care for these part-time employees is one of Jeff Bezos’ most brazen attacks on the quality of jobs at Whole Foods and the communities they support,” UFCW International President Marc Perrone said in a statement. “Too many workers today are already working two to three jobs just to get the hours and benefits they need, and these cuts by Jeff Bezos just made it harder for them.”

The nation’s largest grocery union, UFCW noted that it has been a “vocal critic” of what it called aggressive moves by Amazon “to devalue and degrade grocery jobs at Whole Foods.” The union said that, in March, it condemned actions by Whole Foods to cut employee hours months after Amazon announced a wage increase, a move that ended up diluting an overall income gain for many Whole Foods workers.

“Grocery jobs should be good jobs, and one job should be enough to provide for yourself and your family,” according to Perrone.