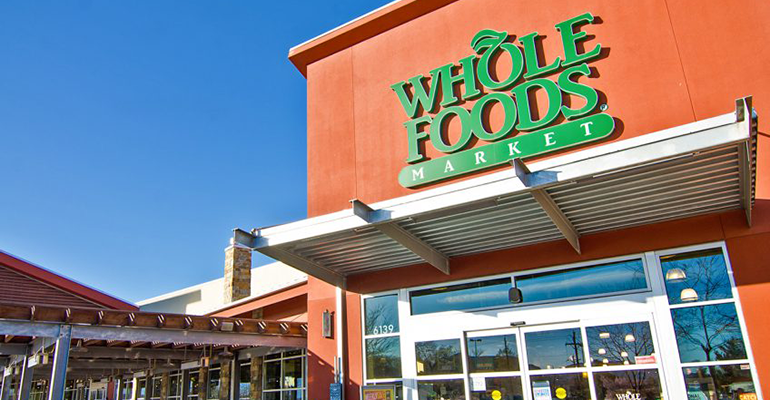 Under the effort, first reported Thursday by The Wall Street Journal, the organizing employees sent an email to workers at Whole Foods stores across the country that calls for the formation of a cross-regional committee to press their demands with the Austin, Texas-based grocer and parent company Amazon.com Inc.

Chief among the workers’ concerns are labor-related changes they said have taken place in stores since Amazon closed its acquisition of Whole Foods in late August 2017. In the email, a copy of which was obtained by Supermarket News, the employees said layoffs and the streamlining of store-level jobs at Whole Foods following the $13.7 billion deal are likely to continue as Amazon integrates its online-driven business with the supermarket chain.

“Over the past year, layoffs and the consolidation of store-level positions at Whole Foods Market have upset the livelihood of team members, stirred anxiety and lowered morale within stores. Many in leadership are well-aware of the fact that when [Whole Foods CEO] John Mackey sold WFM to [Amazon CEO] Jeff Bezos last year, that deal came with an agreement to trim hundreds of millions of dollars of labor from our stores,” the email stated. “There will continue to be layoffs in 2019 and beyond as Amazon aims to aggressively trim our labor force before it expands with new technology and labor models.”

The “most vulnerable” jobs in stores, the employees said, include department order writers, supervisors, store scanners and customer service positions.

In the email, the Whole Foods workers contended that employees have been laid off with “meager severance packages, no health insurance” and thereafter were offered the chance to apply for another job “at a much lower wage.” They also claimed that Whole Foods stopped offering profit sharing, in the form of stock options, to lower-level employees since Amazon took ownership of the chain.

“We cannot let Amazon remake the entire North American retail landscape without embracing the full value of its team members,” the workers said in the email. “The success of Amazon and WFM should not come at the cost of exploiting our dedication and threatening our economic stability.”

The employees organizing the union drive are calling for a $15 minimum wage, a matching 401k plan, paid maternity leave, lower health insurance deductibles and equal profit sharing, among other benefits.

Whole Foods couldn’t immediately be reached for comment. However, Seattle-based Amazon said in a statement that it provides an open environment for employees to express their concerns with management.

“At Amazon, we respect the individual rights of associates and have an open-door policy that encourages associates to bring their comments, questions and concerns directly to their management team. We firmly believe this direct connection is the most effective way to understand and respond to the needs of our workforce,” Amazon stated.

“Amazon is a fair and responsible employer and, as such, we are committed to dialogue, which is an inseparable part of our culture,” the company noted. “We are committed to ensuring a fair cooperation with all our employees, including positive working conditions and a caring and inclusive environment.”

Overall, Whole Foods has more than 89,000 employees and operates 490 stores in the United States, Canada and the United Kingdom. The company’s 470 U.S. stores are in 42 states.

The New York-based Retail, Wholesale and Department Store Union (RWDSU), which has 100,000 members, expressed support for the unionization effort by the Whole Foods workers.

“The RWDSU stands with workers in precarious positions no matter what; Amazon and Whole Foods workers are no different,” Union President Stuart Appelbaum said in a statement.

“Amazon is raising a generation of precarious workers, and that is against everything our union stands for,” he added. “We will not back down until Amazon workers are treated with dignity and respect.”

This week, Amazon was spotlighted by Sen. Bernie Sanders (I-Vt.) when he and Rep. Ro Khanna (D-Calif.) introduced labor legislation dubbed the Stop BEZOS (Bad Employers by Zeroing Out Subsidies) Act. The lawmakers said the bill would require large companies like Amazon and Walmart to pay for Medicaid, food stamps other public assistance used by employees who aren’t paid a living wage. To that end, the measure would levy a 100% tax on corporations with 500 or more employees equal to the amount of federal benefits received by low-wage workers.