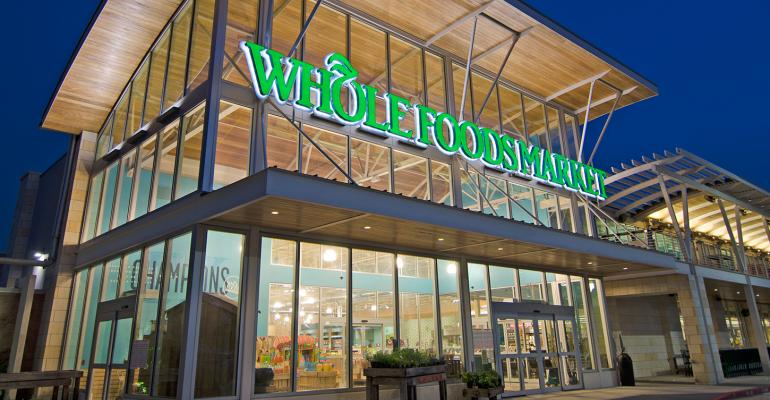 Last week a Business Insider story took a close look at Whole Foods shelves across the country. And they came up empty. Or at least with empty shelves. The story revealed food shortages that employees blamed on a recently implemented inventory management system known as order-to-shelf.

Essentially, order-to-shelf is a “pretty old practice of the distributor replenishing the inventory at the retailer,” said Fangruo Chen, a professor at the Columbia Business School who studies supply chain management. It’s a practice historically carried out in manufacturing where it’s often called vendor-managed inventory. Distributors and suppliers usually deliver small batches of product and retailers keep little to no inventory on hand.

Whole Foods announced it was rolling out this “order-to-shelf” initiative in an earnings call last February. Order-to-shelf has the potential to reduce store labor and inventories, said John Mackey, then-CEO of Whole Foods.

Target has also said it would implement a similar system.

“Fundamentally, we are changing how we move product,” said Target CEO Brian Cornell during an analyst meeting also in February. “In the future, we know we’ll still have to move cases. But to move product faster and to manage the growing digital demand, we have to start moving individual items.”

This inventory system was popularized by Toyota, said Chen. They called Just-in-Time manufacturing because suppliers sent small batches of components just in time to get them on the assembly line.

Now retailers are trying out this system with mixed results.

“In order to make it work, it really [requires] a lot of coordination, and the retailer supply chain might not be used to this kind of close coordination,” said Chen. “So there's some learning that needs to be done.”

When there’s a communication breakdown between retailer and distributor, you can end up with the food shortage and empty shelves that have customers and employees up in arms. While retailers embrace the order-to-shelf inventory system because it can save space and the time it takes to organize and manage inventory, “if you run out of stock that potentially is much more damaging than keeping inventory,” said Chen.

Retailers need a sophisticated supplier to work with, and a small supplier might not be up to the task.

But the trend toward order-to-shelf is growing in retail for a number of reasons, said Chen.

For one, retailers are seeing how well the system works for manufacturers. “There's nothing really very different here,” said Chen. “The only thing different, I would say, is that retailers are facing customers directly and therefore the demand could be more volatile and unpredictable.”

Another reason for the move to order-to-shelf: Retailers are looking to compete with on-demand groceries, which often have the luxury of remote, low-cost warehouses.

Suppliers have also been affected by on-demand services.

“I think the other aspect is [due to] these on-demand deliveries, the logistics industry became much more sophisticated,” said Chen. “[Suppliers] learned how to do small batch delivery and that kind of capability makes it possible for the retailers to move to something like order-to-shelf.”

There are challenges ahead for retailers trying order-to-shelf, but reorganizing and eliminating costs can help retailers in the long run, said Chen.

“I think basically what we're saying here is that retailers have eventually woken up to the idea of supply chain management. And I think that's a good thing.”