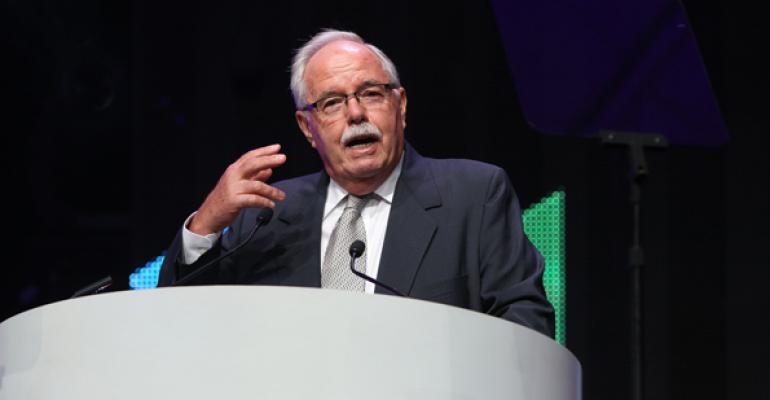 “Jim was an obvious choice for NRF's Gold Award, given his commitment to the industry and Costco, and dedication to creating such a well-respected culture throughout the organization he helped build,” said NRF president and CEO Matthew Shay, in a statement.

In an interview with the NRF, Sinegal said, “Anybody can sell merchandise at low prices. The trick is to be able to make money doing it, and understanding the disciplines that are necessary.”

Technology, as always, is a major focus of the event, and this year solutions for reaching customers via mobile devices were particularly prevalent, as were solutions around data analytics.