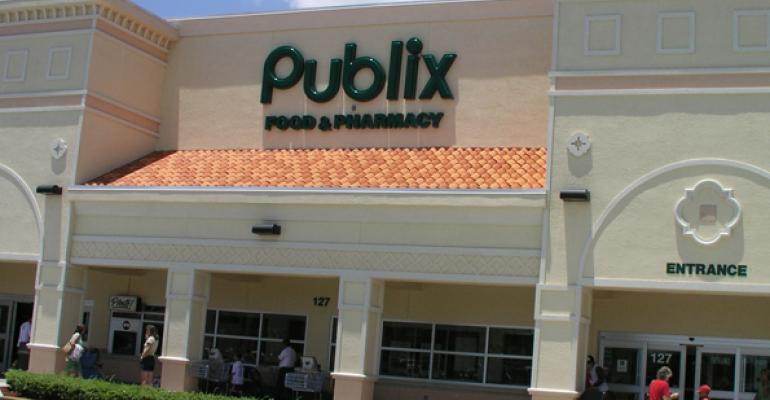 LAKELAND, Fla. — Publix Super Markets has confirmed that its foray into North Carolina will take it past Charlotte and farther north into the Winston-Salem market.

The company, which is expected to open its first North Carolina stores next year, said it has selected locations in Winston-Salem and Cornelius, slated to open in 2015 and late 2014, respectively.

The expansion plans were revealed as Lowes Foods, based in Hickory, N.C., announced plans to close two stores in the state, and as Matthews, N.C.-based Harris Teeter moved ahead with its acquisition by Kroger Co., Cincinnati.

In Winston-Salem, Publix would be entering a market dominated by Food Lion and Wal-Mart, as opposed to Charlotte, where Harris Teeter passed Food Lion as the No. 1 supermarket several years ago, according to data from Metro Market Studies, Tucson, Ariz.

Publix previously had announced plans to open five other stores in the state — in Ballantyne, Cary, Asheville and two stores in Greater Charlotte — all set to open within the next two years.

“Publix has basically put on the boxing gloves and said, ‘We’re coming,’” Ray Collins, president of Collins Commercial Properties, based in Winston-Salem.

He said he believes that even though Publix has acquired sites in several areas of the state, it will likely focus most of its expansion in the 10-county Charlotte market and in the area known as the Triangle, which includes Raleigh-Durham, Chapel Hill and Cary.

“That’s where you have the highest population densities overlaid with the highest income pockets,” Collins explained. “Publix truly needs to identify, seek and land on those high-income, high-density pockets if they want to achieve the sales volumes they have experienced in other markets in Florida and coming northward.”

In Winston-Salem, he said Publix paid “a very handsome price” to land a location in just such an area, directly across the street from a Whole Foods and within a mile of two Harris Teeter stores and a Trader Joe’s.

Finding many such sites will be a challenge in markets like Winston-Salem, however, Collins explained.

That market “has slower growth rate [than Charlotte and the Triangle], which makes for even an even greater scarcity of sites that fit Publix’s criteria,” he said.  “That makes it even more challenging to come into some of the mid-tier, slower-growth markets typified by Greensboro and Winston-Salem.”

He said he believes Food Lion could be the most vulnerable, especially as Wal-Mart continues to add Neighborhood Markets in North Carolina. Lowes, too, could suffer from the expansion of newcomers in the state.

Publix said it continues to “aggressively look for additional locations throughout the state of North Carolina.”

In Asheville, in the western part of the state where Ingles Markets is the dominant player, Publix is planning a location on the same street as a new outlet planned by The Fresh Market, the Greensboro, N.C.-based, high-end specialty-food chain, according to local reports.

Also coming to Asheville — where Ingles is based and has market share of more than 38%, according to Metro Market Studies — are new units from Whole Foods Market and Trader Joe’s, the reports said.